There's been plenty of footage showing the peaceful protestors holding a dance party, setting up a soup kitchen, and singing "O Canada." 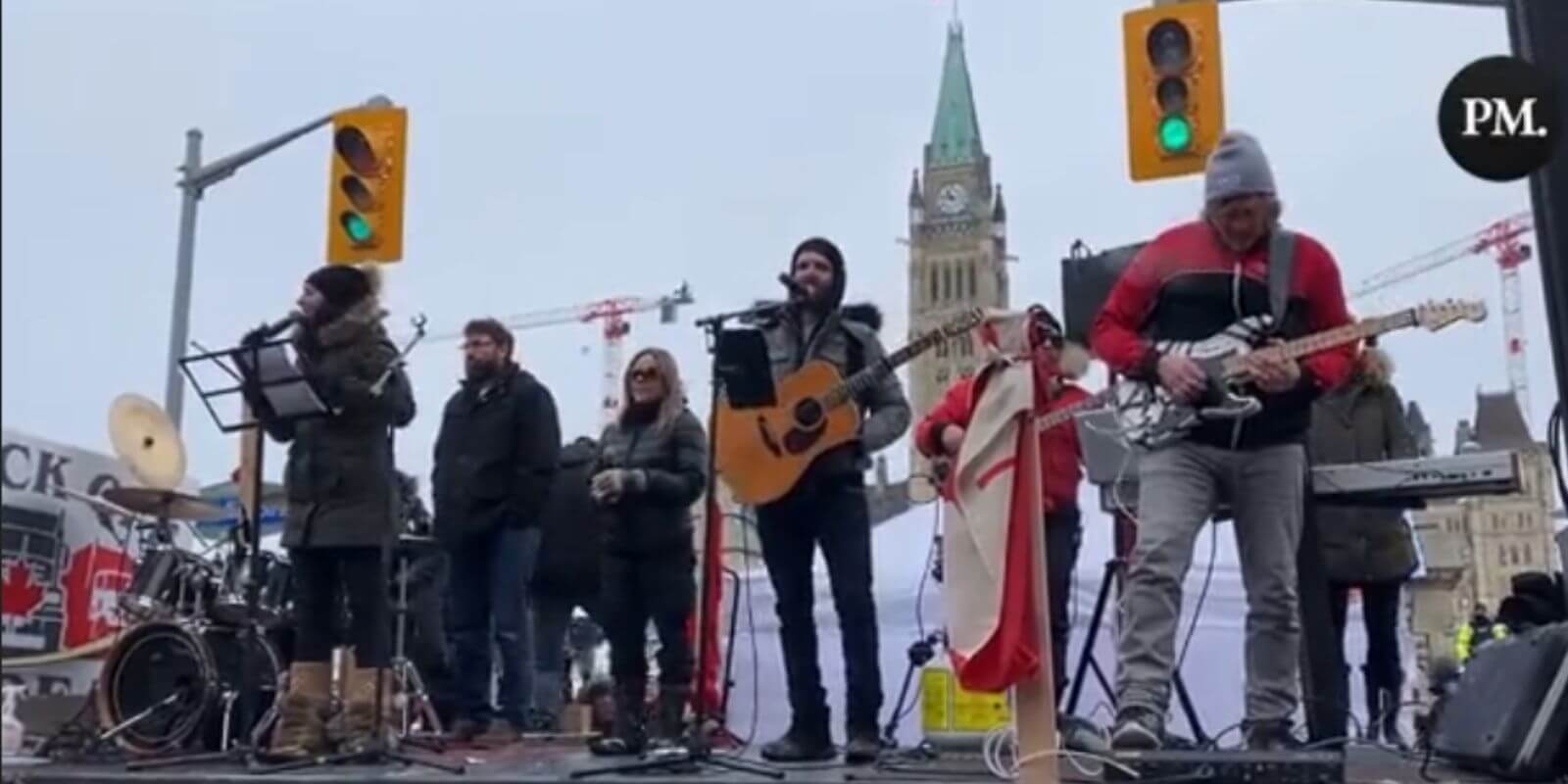 The viral Freedom Convoy has been smeared by Liberals and the mainstream media hellbent on framing the protestors as dangerous insurrectionists. There, however, has been little to no evidence on video to substantiate any of these claims, but plenty of footage showing the peaceful protests in progress.

For example, the diverse group of protesting Canadians belted a rousing rendition of "O Canada" over the weekend after holding a dance party Friday.

The jubilation continued following the establishment of a soup kitchen set up by Freedom Convoy supporters in the city of Ottawa's downtown core.

Firebrand pastor Henry Hildebrandt blasted Prime Minister Justin Trudeau for not showing his face and for lying to the Canadian public about the protest.

Hildebrandt has turned into an activist since the early days of the pandemic, when the RCMP wanted to shut down his church, but leave liquor stores open.

Canada's First Nations people also have been lending their support to the Freedom Convoy, making their presence known before the public and the government:

Some of the Indigenous people were interviewed by The Post Millennial's own Beth Baisch, and were proud to tell the world that they're among the numerous supporters backing the so-called "white supremacist" protest.

Even when provoked by foul language from counter protestors, the Freedom Convoy supporters simply responded to the hate with a message of love.

One reported incident of violence had left four Freedom Convoy protestors injured after a man drove through a crowd of supporters in what's believed to be a hit-and-run Friday night in Winnipeg. The lone male suspect driving the SUV has been apprehended and charged after struggling with police during the arrest.

The mayor of Ottawa declared a state of emergency over the Freedom Convoy on Sunday, the same day that protest organizers declared at the press conference, "We're still here," as they're entering the second week of demonstrations.