A soup kitchen has been set up by freedom convoy truckers and supporters in the city of Ottawa's downtown core. 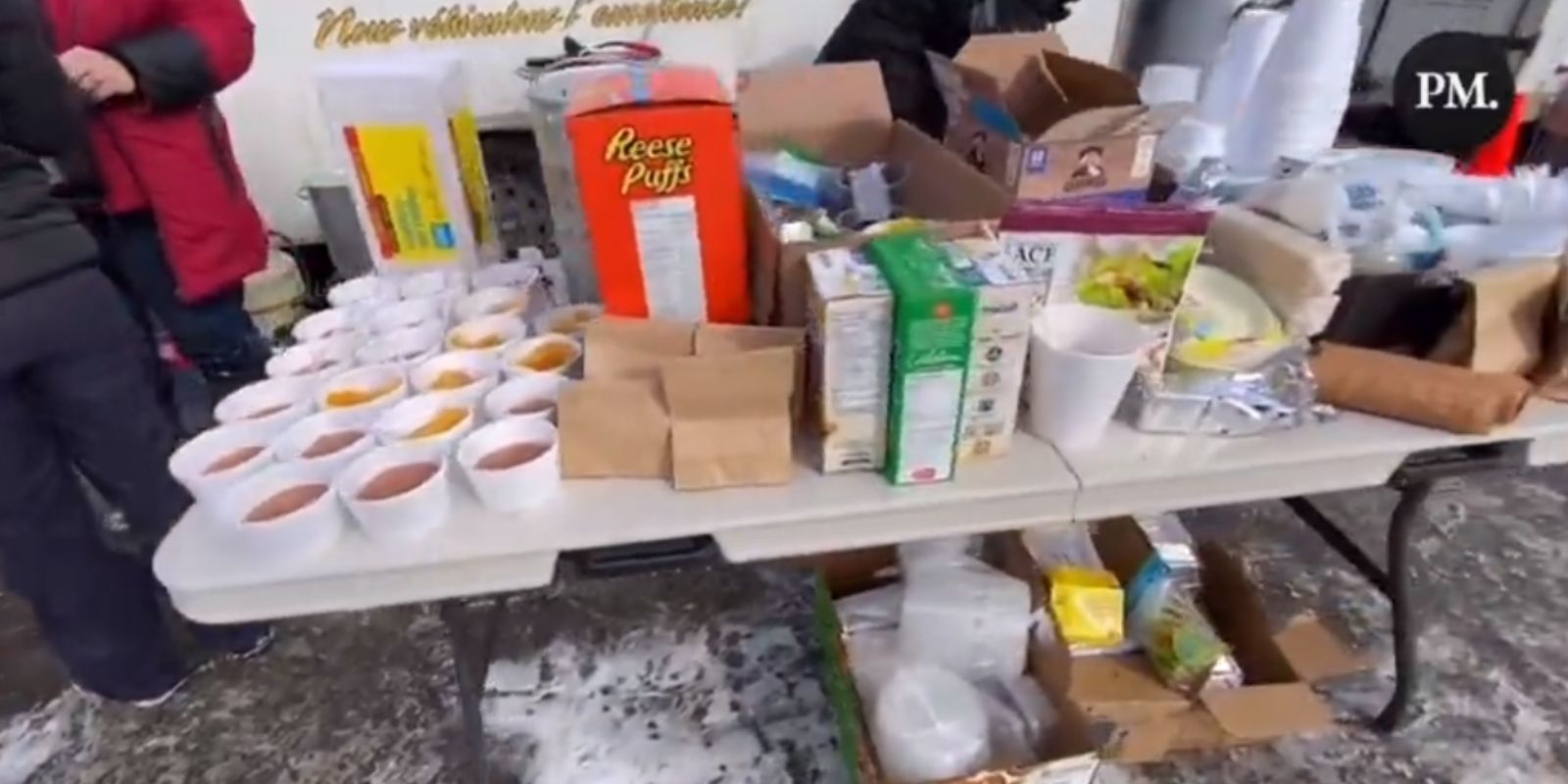 A soup kitchen has been set up by freedom convoy truckers and supporters in the city of Ottawa's downtown core.

Yesterday, convoy organizer Tamara Lich called protestors "average, peace-loving and law-abiding citizens from all walks of life," with others attesting to the good deeds the have witnessed on the foot of the Hill.

Former RCMP officer Daniel Bulford said during a press conference yesterday that his primary concern was "individuals or groups with potential to deliberately instigate conflict with the freedom convoy movement in order to discredit the freedom convoy 2022."

The soup kitchen may be a part of a PR campaign by the group who received incredibly negative press after reports that people in downtown Ottawa experienced "harassment from convoy protestors seeking meals from our soup kitchen," the Shepherds of Good Hope said on Twitter.

Bulford, however, said that those who did such actions were not a part of the convoy at all. "We've seen circulating messaging in the media and social media about people associated with the freedom convoy being arrested and charged. I have it on very reliable information that people from the movement were not associated and that offenses related to property damage and an assault this morning committed by agitators were witnessed and reported by a trucker and one of our volunteer security personnel, which was reported to the police and handled by the Ottawa Police Service."

"What I have seen with my own eyes," the former officer continued, "are truckers and supporters of the movement feeding the homeless for free right on Wellington Street, filling their backpacks, truckers taking a full trailer full of food down to the homeless shelter, maintaining cleanliness of city streets including picking up discarded masks all over the ground... shoveling snow at the war memorial and the Terry Fox statue, decorating those two locations, and providing security for those two locations."

Speaking with The Post Millennial's Beth Baisch, a volunteer with the freedom convoy soup kitchen by the name of Joel Hogue said that Trudeau's politics have actually brought people together.

"So this is actually a great example of the community spirit that, actually, Trudeau is the one we should thank for that because his politics have, instead of dividing the people, it brought us together, because, you know, for decades and centuries, anglophones, francophones, First Nations, natives, we’ve all been divided, and now, this event is like the turning point where all people are coming together so he actually brought us together. Thank you for that Trudeau," said Hogue.

He continued on to gesture towards tables of food, saying that it has been donated, with enough food to last "weeks, months, into the spring."

"People are going to stay here as long as necessary," Hogue added.

He said that the first weekend was spent "getting used to stuff," and now leading into the second weekend of the convoy being in Ottawa, "it's set."

"That’s what it's all about," he concluded.