The suspect faces several charges including assault with a weapon, dangerous operation of a vehicle causing harm, and failure to stop at the scene of an accident. 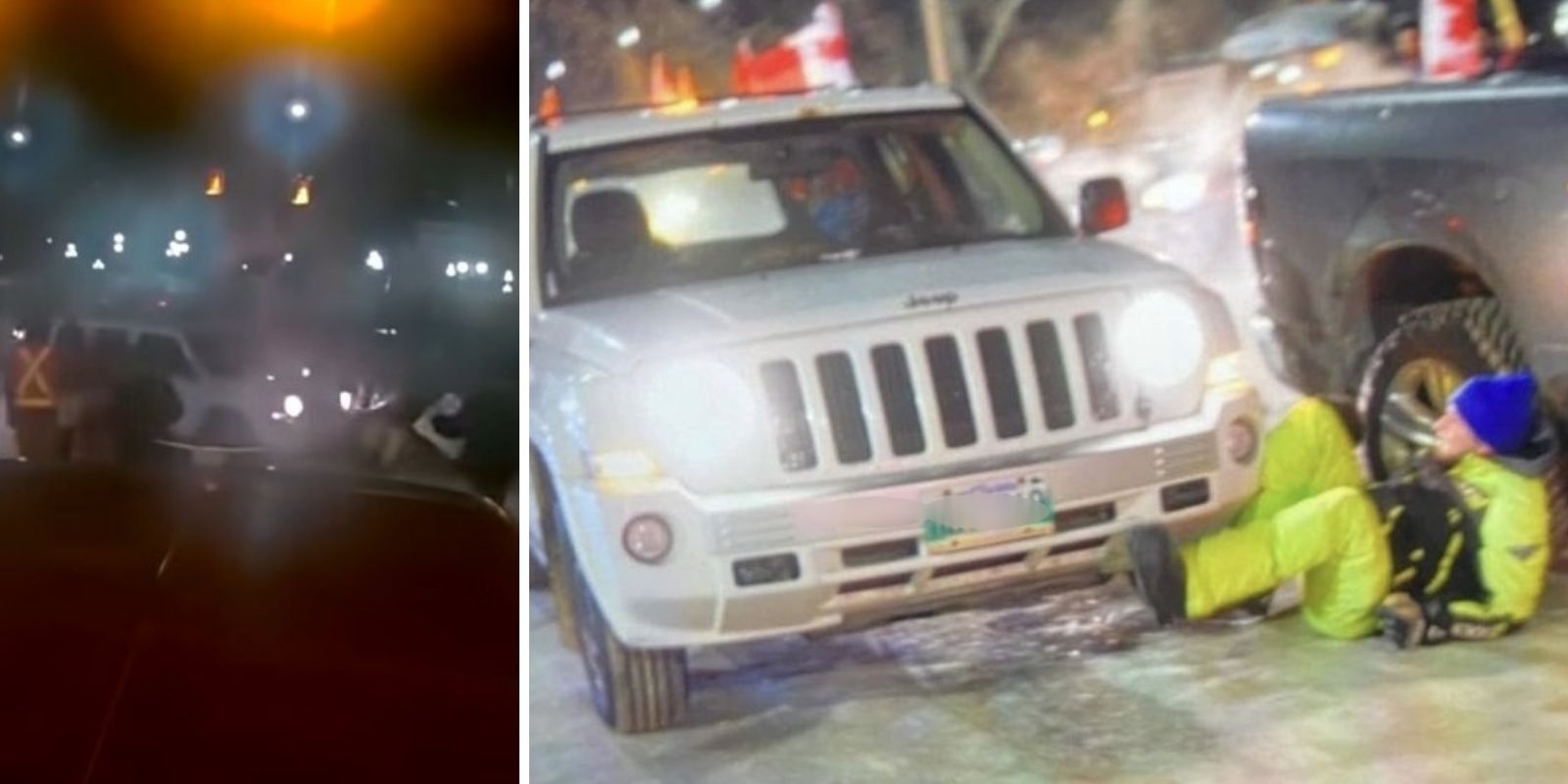 A driver accused of hitting four Freedom Convoy protestors Friday night in Winnipeg is facing numerous charges including assault with a weapon.

The suspect was taken into police custody after four victims supporting the trucker rally were injured in an apparent hit-and-run outside the Manitoba Legislature.

Police said a man steering a Jeep Patriot had driven through a group of protestors part of the Freedom Convoy protest outside the Manitoba Legislative Building.

Winnipeg police responded to reports of a collision near Broadway and Memorial Boulevard. Four men were hit by the vehicle, which then sped west down Portage Avenue, according to authorities. Investigators said that witnesses reported the suspect was driving a light-coloured SUV fast through red lights after the incident.

Winnipeg police and RCMP officers stopped the vehicle in the 4800 block of Portage Avenue at about 10:30 pm Friday. The lone driver, a 42-year-old man, was arrested after struggling with police, CTV News reported Saturday.

The suspect faces several charges including assault with a weapon, dangerous operation of a vehicle causing harm, and failure to stop at the scene of an accident:

"Some comments he made after his arrest suggested that his motivation was not specifically about the underlying causes of the protests or the mandates," public information officer Constable Rob Carver said in a press statement.

"I think police everywhere, and specifically in Winnipeg, view these situations as potentially volatile. There are strong opinions being expressed … anytime you have a situation like that there's a potentially for tempers to flare and possibly some violence," Carver told reporters. "We have done everything we can, or that we are prepared to do at this point to ensure the safety of people in the area."

One man was treated at a nearby hospital and released, while three others who sustained minor injuries from the incident were treated on the scene.