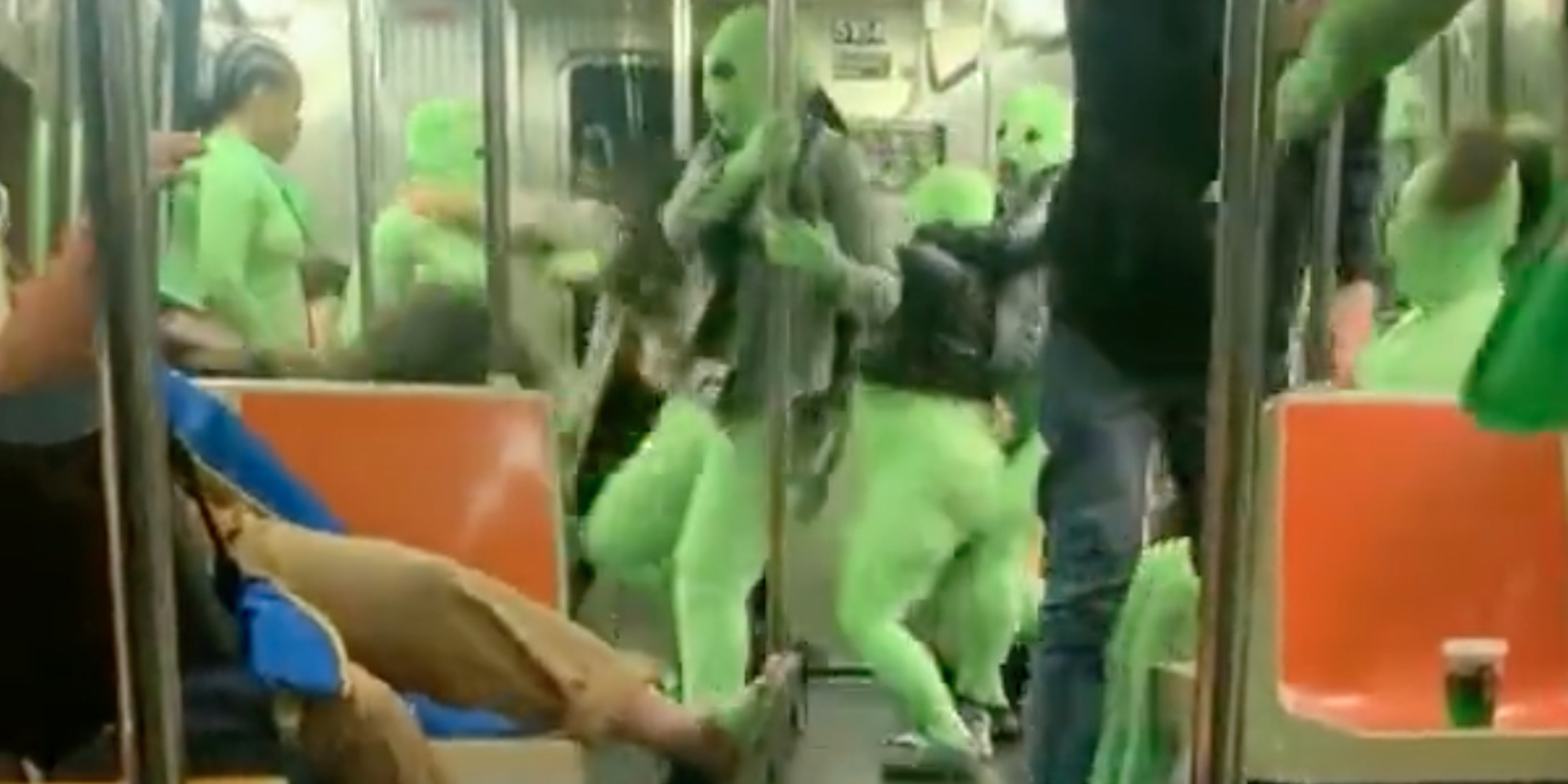 The incident was caught on camera, and police are currently searching for those involved.

According to PIX11, a verbal argument broke out between the gang and teenage passengers around 2 am Sunday, and quickly escalated to a physical attack.

The suspects allegedly punched one of the teenagers, and pushed another into the seats.

Not all the bodysuit-clad women partook in the fighting. One can be seen making a hand gesture before walking away from the scene, while another helps one of the victims off the floor.

Following the altercation, police spoke with the victims, who revealed that they had had their cellphones, credit cards, and wallet stolen by the group.

The mother of one of the victims called the gang’s behavior “absolutely disgusting,” adding that “animals belong behind bars.” She called on authorities to “make an example of them.”

The NYPD are investigating the incident in collaboration with the Transit Police.

Sunday's attack is just the latest in a string of violent incidents in and around the subway.

The spike has caused riders to be more cautious, with a majority saying that safety is their top concern when using the system.
ADVERTISEMENT
ADVERTISEMENT
N/A by N/A is licensed under N/A