WATCH: Bill Gates says lesson learned from Epstein is that 'he's dead... you always have to be careful'

"Is there a lesson for you for anyone else looking at this?" Woodruff asked. "Well, he's dead. So you know, in general, you always have to be careful," Gates replied. 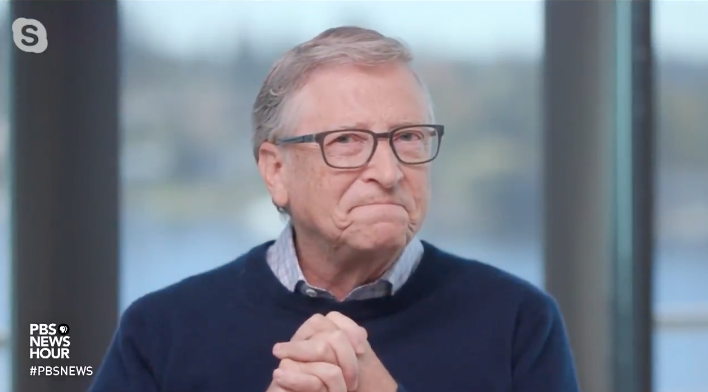 Bill Gates spoke to PBS News Hour's Judy Woodruff, answering questions about his relationship with Jeffrey Epstein. Epstein had deep ties with luminaries around the world before he was brought up on federal sex trafficking and conspiracy charges before he died in prison.

"Is there a lesson for you for anyone else looking at this?" Woodruff asked.

"Well, he's dead. So you know, in general, you always have to be careful," Gates said.

"It was reported at that time that you had a number of meetings with Jeffrey Epstein," Woodruff asked, "who when you met him ten years ago, he was convicted of soliciting prostitution from minors. What did you know about him when you were meeting with him, as you've said yourself, in the hopes of raising money?"

"I had dinners with him. I regret doing that," Gates said. "He had relationships with people he said, you know, would give to global health, which is an interest I have, you know, not nearly enough philanthropy goes in that direction. You know, those meetings, were a mistake. They didn't result in what he purported, and I cut them off, you know, that goes back a long time ago, now. There's, you know, so there's nothing new on that."

"It was reported that you continue to meet with him over several years," Woodruff pressed. "And that, in other words, a number of meetings. What did you do when you found out about his background?"

"Well, you know, I've said I regretted having those dinners," Gates said. "And there's nothing absolutely nothing new on that."

Gates went on to say that he's "very proud of what we've done in philanthropy, very proud of the work of the foundation. That's what I get up every day and focus on," Gates said.

Gates' relationship with Epstein was revealed as part of divorce proceedings with his wife Melinda Gates. It later emerged that Epstein had given Gates marriage advice. Gates said that he engaged with Epstein for reasons having to do with philanthropic funding.