The poll, conducted between October 27 and 31 of 11,98 likely general election voters found that 48.9 percent of voters would vote for Zeldin if the election was held at that moment, while 47.6 percent said they would vote for Kathy Hochul. 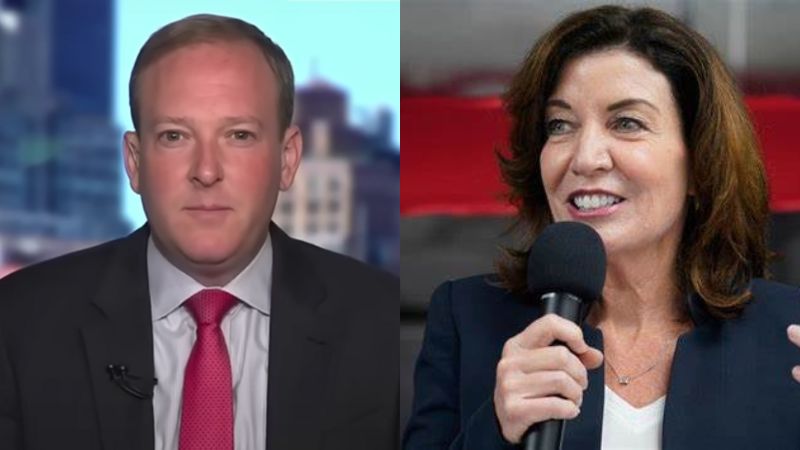 A new poll released by The Trafalgar Group has revealed that Republican New York gubernatorial candidate Lee Zeldin has edged out incumbent Kathy Hochul with little more than a week to go until the election.

The poll, conducted between October 27 and 31 of 1198 likely general election voters found that 48.9 percent of voters would vote for Zeldin if the election was held at that moment, while 47.6 percent said they would vote for Kathy Hochul. The poll has a margin of error of 2.9 percent.

Just four percent of voters said that they are undecided, with only days to go.

According to the New York Post, this poll comes as Hochul was blasted for suggesting that Americans’ concerns relating to rising crime were manufactured by "master manipulators" in a national "conspiracy," and called Zeldin and Republicans "data deniers"

The poll reflects a similar one conducted by co/efficient earlier this month, which found that Zeldin is polling at 45.6 percent support and Hochul at 45.3 percent. That poll had a margin of error of 3.31.

The co/efficient poll had released a poll in September showing Hochul with a 6-point lead.

Pollster Ryan Munce said at the time, "The shift has been led by predominantly white and Hispanic registered Democrats defecting to support Zeldin, the Republican candidate."

"With a little under three weeks to go, we still expect to see measurable movement in the statewide electorate and if the trend continues, New York could have its first Republican governor since 2006," Munce added.