"As soon as I am sworn into office, I'm going to be declaring a crime emergency here in the state of New York," Zeldin said. "I'm going to suspend New York's cashless bail laws and some other pro-criminal laws that have been passed." 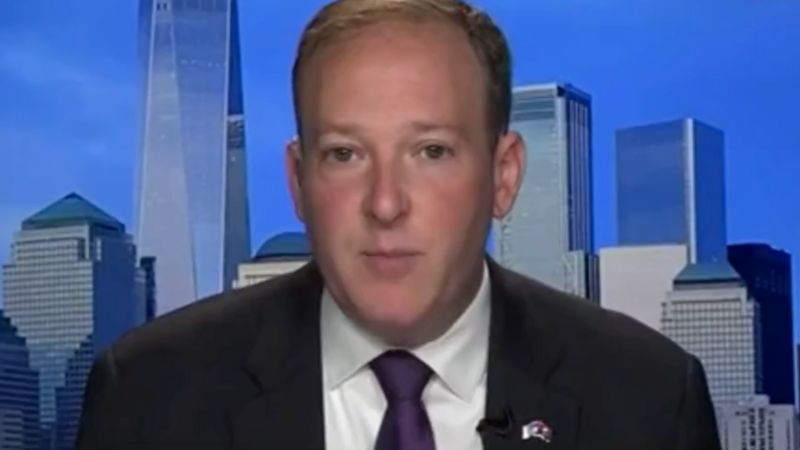 "As soon as I am sworn into office, I'm going to be declaring a crime emergency here in the state of New York," Zeldin said. "I'm going to suspend New York's cashless bail laws and some other pro-criminal laws that have been passed."

"There are people who are in charge right now from Kathy Hochul to these democrats controlling the state legislature who feel like they haven't passed enough pro criminal laws," Zeldin later said.

Hochul, who supports cashless bail among other pro-crime policies, announced in August that criminals should be referred to as "justice-involved individuals."

"A lot of New Yorkers are just really fed up with Kathy Hochul, she's doing a terrible job as governor," Zeldin said.


Zeldin was attacked at a campaign event in July, and the suspected criminal was released without bail within 24 hours of the assault.

"We have to take back our streets," Zeldin, a congressman who represents New York's 1st district, said.

He also noted that he would "force the legislature" in Albany to come to the table to negotiate improvements to the crime laws.

During the interview, Bartiromo displayed a graphic that showed the significant surge in crime in 2022. Overall crime is up by 34.4 percent across New York City, and has been surging at rates as high as 50 percent since 2020.

On October 9, two teenagers were shot outside Zeldin's Long Island home in the afternoon, where his two teenaged daughters were inside. Zeldin wasn't the target, it was an unrelated drive-by shooting.

"We need to support our men and women in law enforcement," he added.

Zeldin promised that on day one in gubernatorial office, he will tell Manhattan District Attorney Alvin Bragg that "he's being removed for his refusal to enforce the law."

He noted that many are leaving New York for other states that are more safe and have better economic opportunities.