Lee Zeldin was attacked during a campaign event for his run for New York governor. Zeldin predicted that the assailant would be released without bail, which is exactly what happened. 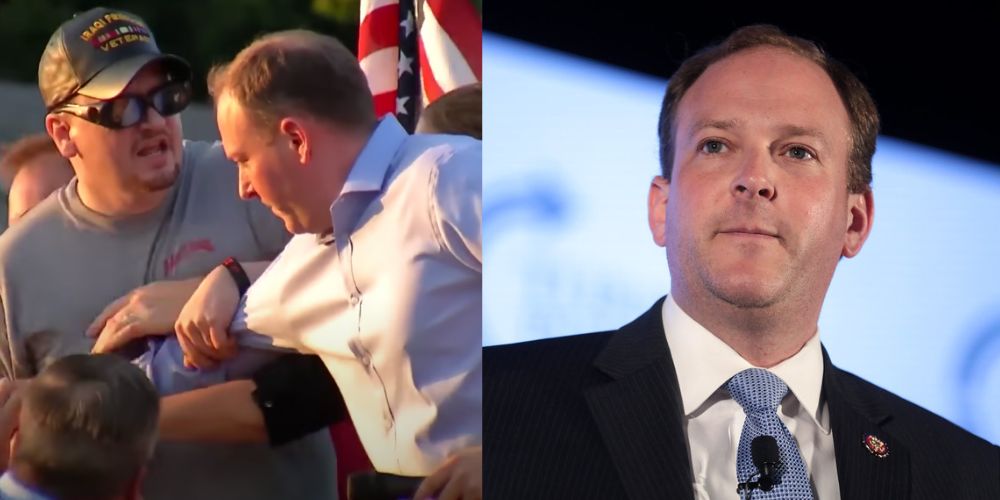 The man who allegedly attacked New York Republican candidate for governor Lee Zeldin was during a campaign event on Thursday evening was arrested only to be released within hours.

Zeldin, who is campaigning against unelected Governor Kathy Hochul and her soft-on-crime policies, took to Twitter after the incident to accurately predict that his attacker would likely be "instantly released."

According to the New York Post, 43-year old David Jakubonis was charged with second-degree attempted assault, arraigned overnight in Perinton Town Court, and rapidly released on his own recognizance.

NYC Council Minority Leader Joe Borelli commented on the quick turn around, saying "So New York’s bail law allows you to attack a political candidate with a knife and be released on your own recognizance within hours? Maybe there should be a carve out for would-be assassins. Wow."

Congressional Candidate Desi Cuellar tweeted, "Stop whatever you’re doing. A man tried to murder Lee Zeldin onstage last night. Call it what it is. He went up with a weapon and tried to stab him. That man was taken into police custody TO BE PROCESSED. He’s already been released AND DID NOT HAVE TO PAY BAIL! WTF IS THIS?!"

Townhall columnist Larry O'Connor tweeted, "The State of New York immediately releasing @leezeldin's attacker with no-cash bail is the best argument for electing Lee Zeldin that Lee Zeldin could have made."

Earlier that day Governor Hochul had named Lee Zeldin in a tweet that read, "BREAKING: Lee Zeldin just voted against keeping birth control legal in the United States. As long as I'm governor, I'll always protect your right to reproductive care in New York. We can't afford to go backward."

A few hours later Hochul commented on the assault and wrote, "Relieved to hear that Congressman Zeldin was not injured and that the suspect is in custody. I condemn this violent behavior in the strongest terms possible — it has no place in New York."

Zeldin's campaign event was being held at a Veterans of Foreign Wars post in Perinton, New York. The candidate was speaking on bail reform when Jakubonis, who is from Fairport, New York, jumped on stage and started screaming at Zeldin. AMVETS National Director Joe Chenelly rushed to Zeldin and tackled Jakubonis to the ground. During the scuffle Jakubonis allegedly pulled out a bladed weapon that resembles a cat where the ears are blades. Jakubonis later claimed to be an Iraq War veteran and witnesses said he was intoxicated.

After the incident, Zeldin's team released a statement that read, "Congressman Zeldin, Alison Esposito and all members of Team Zeldin are safe following tonight's attack. Far more must be done to make New York safe again."

"This is very much getting out of hand in this state. Unfortunately, Congressman Zeldin is just the latest New Yorker whose life has been affected by the out of control crime and violence in New York. This needs to stop! Thankfully, we still have exceptional women and men in law enforcement answering the call to protect our streets."