The jeers began as Hochul’s name was announced over the public address system, and got louder and more pronounced as Hochul, wearing a New York Rangers jersey, walked to center ice. 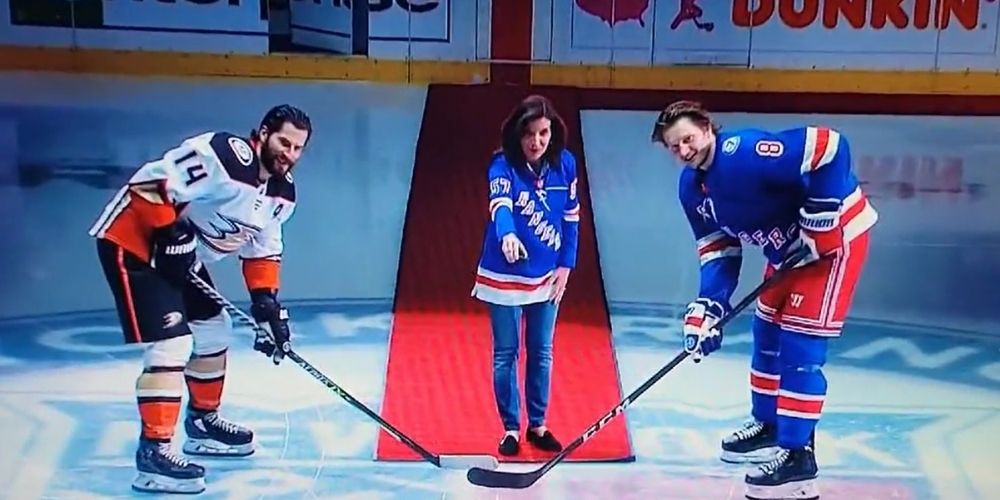 Unelected New York Governor Kathy Hochul was greeted with loud booing during Tuesday night's Rangers game during the puck drop prior to the team's home game against the Anaheim Ducks.

The jeers began as Hochul’s name was announced over the public address system, and got louder and more pronounced as Hochul, wearing a New York Rangers jersey, walked to center ice to drop the puck and start the game.

Hochul, New York's first female governor was being honored as part of "Women's Empowerment Night" at Madison Square Garden. She got the job after Andrew Cuomo was ousted from his position by progressive politicians who alleged that he was guilty of sexual harassment. After he resigned, all charges against him were dropped.

Pundits on social media blamed the reaction on Hochul’s onerous COVID restrictions in response to the Omicron variant surged. Hochul has also insisted that 2-year-old wear face masks. And after Nassau County parents successfully won the right to have masks in school be optional, she had an appeals court overturn it, and forced the children to continue masking.

According to the New York Post, Hochul, who was twice elected Lt. Governor, holds a significant lead over challenger primary candidates in her campaign to retain the office in November. However, according to internal campaign polls released Tuesday, Challenger Lee Zeldin, the presumptive Republican nominee for governor, claims he can beat Democrat.