Police organizations and officers harshly criticized Bragg's memo, saying it will lead to more crime within the city. 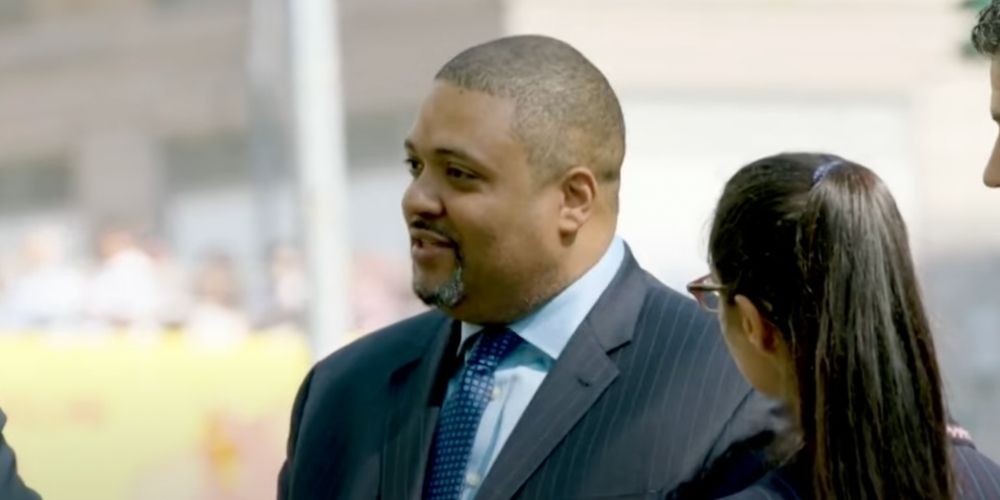 On Monday, Manhattan’s new District Attorney issued a memo for staff outlining his day one policies and new guidelines for prosecuting crimes, which includes downgrading felony charges and shortening prison sentences. New Mayor Eric Adams has promised to be tough on crime.

"I have dedicated my career to the inextricably linked goals of safety and fairness," Bragg said in his missive. "This memo sets out charging, bail, plea, and sentencing policies that will advance both goals. Data, and my personal experiences, show that reserving incarceration for matters involving significant harm will make us safer."

Disrtict Attorney Alvin Bragg said in his memo that his office "will not seek a carceral sentence" in many cases, with exceptions made for cases including homicides, domestic violence felonies, public corruption, and some sex crimes.

"This rule may be excepted only in extraordinary circumstances based on a holistic analysis of the facts, criminal history, victim's input (particularly in cases of violence or trauma), and any other information available," the memo states.

The memo places a limit on determinate sentences, or sentences without the possibility of being reviewed or changed by a parole board, of 20 years.

"The Office shall not seek a sentence of life without parole," the memo also states.

According to the New York Post: "Under state law, that punishment is reserved for the most heinous of murderers, including terrorists, serial killers, cop killers and fiends who kill children younger than 14 during in connection with sex crimes or torture."

The memo states that armed robbers armed with a gun or other deadly weapon that "sticks up" businesses "will be prosecuted only for petty larceny," which is a misdemeanor, as long as no victims were "seriously injured," and there's no "genuine risk of physical harm" to anyone, according to the New York Post.

It also states that drug dealers "acting as a low-level agent of a seller" will be prosecuted only for misdemeanor possession charges. Suspected dealers would receive felony charges only if they are caught in the act of selling, or if they are accused of other, more serious charges.

"ADAs should use their judgment and experience to evaluate the person arrested, and identify people: who suffer from mental illness; who are unhoused; who commit crimes of poverty; or who suffer from substance use disorders," Bragg added.

"Charges should be brought consistent with the goal of providing services to such individuals, and leverage during plea negotiations should not be a factor in this decision," he wrote.

Police organizations and officers harshly criticized Bragg's memo, saying it will lead to more crime within the city.

"Bragg gives criminals the roadmap to freedom from prosecution and control of our streets," said the head of the NYPD Detectives' Endowment Association.

"In Bragg's Manhattan, you can resist arrest, deal drugs, obstruct arrests, and even carry a gun and get away with it," DEA president Paul DiGiacomo said in a statement.

The head of the Police Benevolent Association, the NYPD's largest union, also expressed "serious concerns about the message these types of policies send to both police officers and criminals on the street."

"And there are already too many people who believe that they can commit crimes, resist arrest, interfere with police officers and face zero consequences," they continued.

"The identical platform has not worked out in San Francisco, Chicago, Philadelphia and Baltimore," said a Manhattan police supervisor.

"It will lead to more young lives lost to gang violence and innocent people being hurt both physically and emotionally," they added.