"As a Marxist ideology, critical race theory poses a significant threat to the US Republic, its citizens, and the free people of the world rising to the degree of a clear and present danger to the Republic." 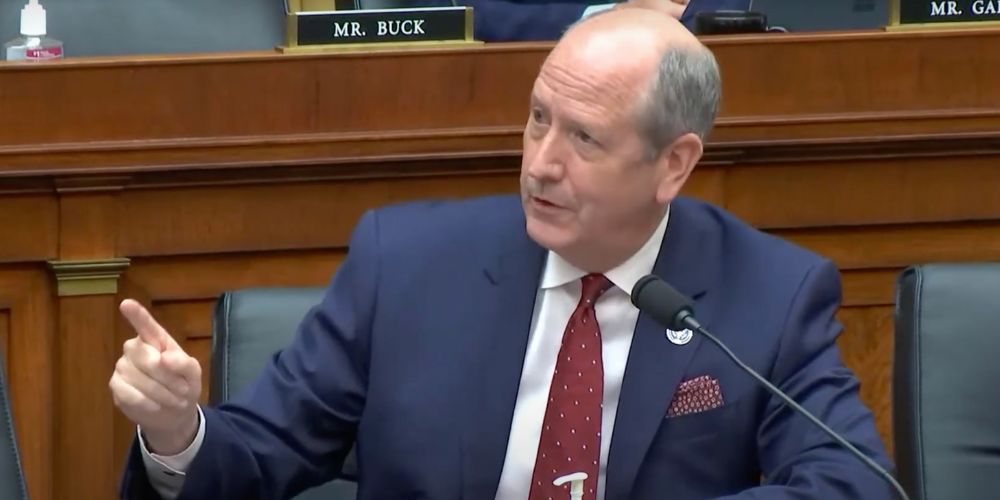 On Friday, Representative Dan Bishop introduced a resolution to the US House that would recognize the Marxist roots of critical race theory, and declare the concepts a "significant threat to the United States Republic."

The resolution, titled "Establishing the Marxist roots of critical race theory and detail the threat this divisive ideology poses to the American republic," was proposed by the North Carolina representative. Bishop has previously come out against the critical race theory, proposing amendments to a government funding bill last summer that would defund schools using the teachings.

The resolution establishes that critical race theory teaches that America has a "racial-class stratification" in which those who are white are seen as being "white privileged," and that the idea frames the US "as an intrinsically unjust, oppressive, and racist nation."

The resolution also notes the direct connections to that father of communism Karl Marx’s "doctrines of structural classism, material determinism, and dialectical materialism."

"Critical race theory claims that 'structural racism' is the fundamental organizing principle of United States society and its 'ordinary state of affairs', thus framing the United States as an intrinsically unjust, oppressive, and racist nation, and this being in direct analogy to Karl Marx’s views on the structural nature of capitalism, which was his caricature of the free-market principles that underlie United States society, especially inalienable property rights," the resolution states.

The resolution also states that critical race theory  "contains an activist dimension" such that "it not only tries to understand our social situation, but to change it; it sets out not only to ascertain how society organizes itself along racial lines and hierarchies, but to transform it for the better," which "affirms the dialectical conception of the world and man’s role in it put forth by Karl Marx in such a way that its implementation by the government threatens to violate of the Establishment Clause of the First Amendment."

"Critical race theory claims that the only solution to this state of affairs is to 'abolish whiteness', explicitly eschewing 'incremental and step-by-step progress', in perfect analogy to Karl Marx’s demand in the 'Communist Manifesto' to abolish bourgeois private property, with this being the clearly stated purpose of raising the racial consciousness," the resolution states.

The resolution notes that critical race theory advocates have called for the ideology to be implemented in American education institutions and businesses, which this coming in the form of "deceptive specialist definitions" like diversity, equity, inclusion, and antiracism, and that these advocates have also pushed for these ideas to be implemented at all levels of government, from local up to federal.

It also states that critical race theory is in violation or against of a number of key American foundational documents and ideas, including the Declaration of Independence, the Constitution, "the American founding ideals of inalienable rights secured by a government, and the social fabric of the American Republic," the Establishment Clause of the First Amendment, the Fourteenth Amendment and its equal protection clause," amongst other American laws and documents.

The resolution seeks to recognize that "critical race theory and its derivatives" are a form of "Marxist ideology," and "that critical race theory exists in direct opposition to the founding ideals, way of life, and form of Government of the United States."

Speaking with the Daily Caller ahead of the resolution’s proposal, Bishop said, "CRT proponents cannot be allowed to conceal the Marxian foundations of their racist ideology. This resolution allows Congress to do what has always been essential to defeating Marxism — calling it what it is and exposing those who consort with it."

In response to the bill’s resolution, Defending Democracy Together Director Bill Kristol called out those that have sponsored the bill as "going pretty full Stalinist," in that they are allegedly "demanding Congress condemn political theories they don’t like as a way of mobilizing supporters and demonizing minorities."

Responding to Kristol, Dr. James Lindsay debunked his claim, saying that "Bill, if you actually read it, it’s literally much closer to being full anti-Stalinist. I think you missed what ideology Stalin was pushing or something."