GROOMER EPIDEMIC: 135 teachers and aides charged with child sex crimes so far in 2022

"Arrests that weren't publicized were not counted in the analysis, meaning the true number may well be higher," Fox News added. 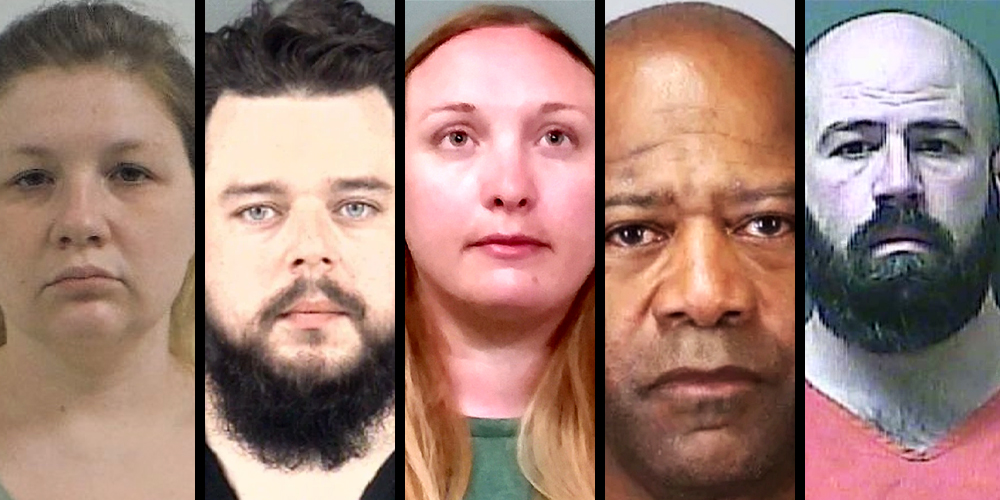 At least 135 teachers or teachers' aides have been charged with alleged sex crimes involving children so far this year, and over 100 of the cases at hand involved students.

On Thursday, Fox News published their analysis that looked at local outlets reporting the arrests of teachers and teachers' aides within those areas, and got a picture of the fuller extent of educators committing sex offences involving children, nationwide.

"Arrests that weren't publicized were not counted in the analysis, meaning the true number may well be higher," the outlet adds as a disclaimer.

Over three-quarters of the examples found by the outlet involved students in the alleged crimes. The date range for the analysis went from January 1 to May 13, 2022, and the locations for these incidents spanned across 41 different states.

A further breakdown of the findings:

Outreach director of Parents Defending Education, Erika Sanzi, told Fox News that the federal government needs updated research about teachers committing sexual abuses against students. The last study done by the Department of Education in 2004 found that nearly 9.6 percent of students have been targeted at some point during their time in school.

There was a 2014 report from the Obama administration's Government Accountability Office, warning administrators about child predators getting jobs in schools.

"Educator sexual abuse is a major problem that largely gets ignored because it's so uncomfortable to talk about. While a very small fraction of educators and school employees prey on the children in their care, one bad actor can do damage to many students," Sanzi said.

Sanzi also brought up recent efforts in Rhode Island to close a loophole in state law that allows teachers and school employees to have sexual relationships with students, as long as they're at least fourteen years old.

Christopher Rufo of the Manhattan Institute claimed it was a tragedy that there's not enough research on the teacher sex abuse issue.

"Parents deserve to know exactly what's happening in the public school system and deserve to have tools for protecting their children from abuse. Congress should immediately fund a $25 million research program into child sexual abuse in public schools and provide complete transparency for parents. The first duty of public schools is to keep kids safe – and, tragically, that's not happening in far too many cases."

The topic of sexual abuse in the public education system ignited social media attention earlier this year amid backlash to the Parental Rights in Education bill signed by Florida Governor Ron DeSantis.

Christopher Rufo brought significant spotlight towards the company policies of the Walt Disney Corporation, when he leaked the internal reactions from Disney staff about the Florida bill.

Other recent reports about US educators targeting children include an Oregon teacher who allegedly sent a nude photograph to a student, a Florida teacher convicted for a 2018 sexual battery against a 13-year-old student, a California charter school teacher being accused of "29 lewd acts with children, including statutory rape," a Georgia Christian school teacher being sentenced for sexual assault and child molestation, and a North Carolina high school teacher being arrested on over 50 sex crime charges.