Evidence shows the mass congregation of Haitian migrants camped under the International Bridge generally had access to housing and gainful employment in Chile and Brazil. 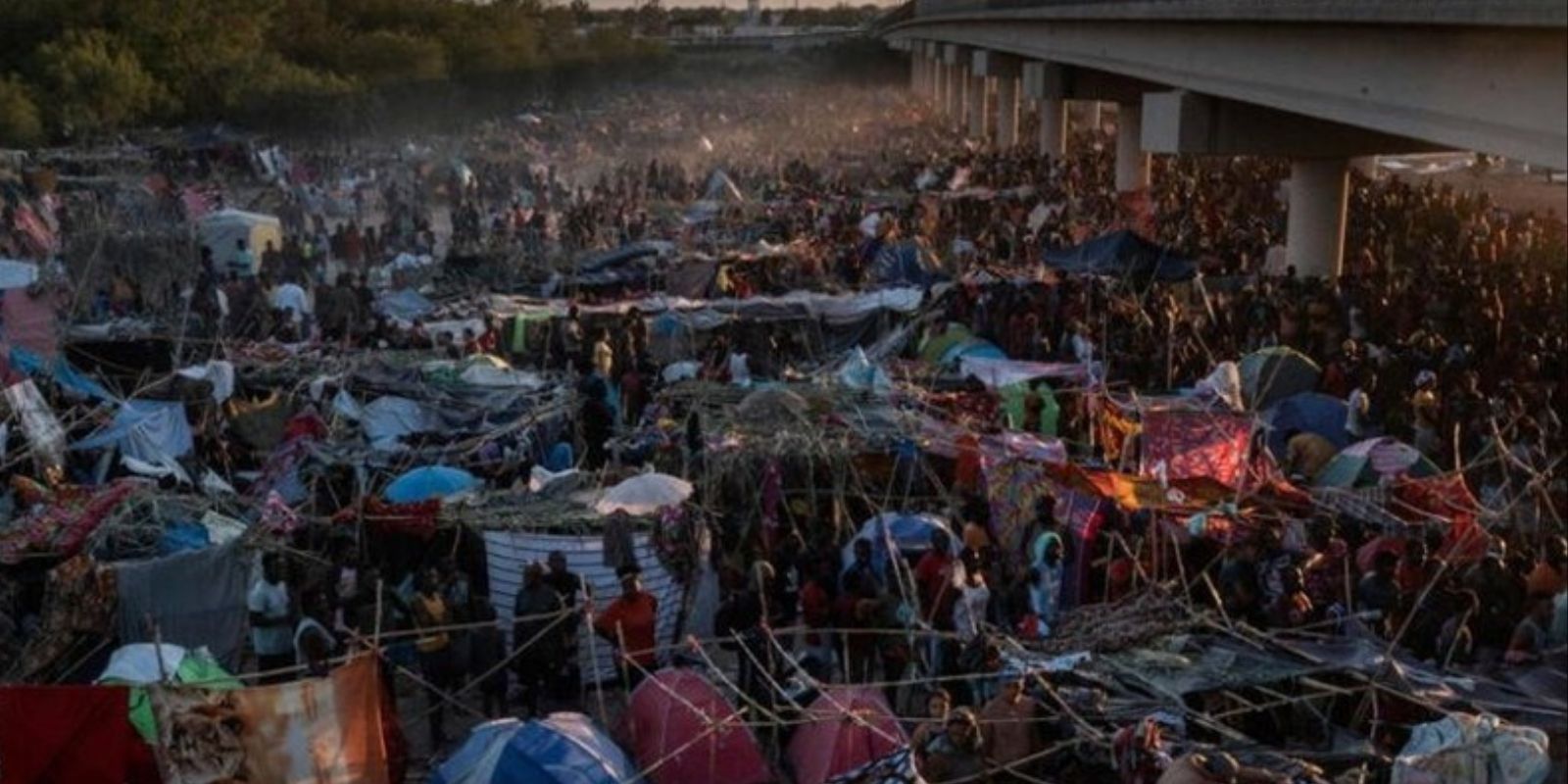 Evidence shows the mass congregation of Haitian migrants camped under the International Bridge across the US-Mexico border in Texas previously lived and worked in Latin American countries as refugees, mainly Chile and Brazil. They generally had access to housing and gainful employment, but decided to move to the US for opportunity there.

"When Biden got in, word went out and they decided, we're coming now. That was the decision point. I've interviewed 60 to 70 Haitians over the last year and it's always the same story – Joe Biden opened the border so we decided we could upgrade our lifestyle."

"I interviewed a guy an hour ago who said he was living in Brazil and making good money but he said he heard everyone was getting into America so he came."

Bensman reportedly also shared an image with the Daily Mail of Chilean national ID cards that he had collected. They were apparently discarded by Haitians who crossed into US territory and proceeded to lay on the ground around Ciudad Acuna, a border town across the river from Del Rio, Texas.

Bensman also mentioned this area was chosen by many in recent days because they found nobody from Mexican cartel groups controlled the area and charged people to cross the border.

Overwhelmed US Border Agents contend with over 14,000 migrants camped under the international bridge – with reports of tens of thousands more migrants on the way.

Bensman explained: "The cartel landscape is not the same in Del Rio as it is in Rio Grande Valley and other parts of Arizona and California. It's different everywhere. In this sector, there's never really been cartel human smuggling on the same scale – [although] I'm sure you can find a coyote here if you need one."

Border apprehensions are up nearly 500 percent from last year, totaling more than 1.3 million — more people than the populations of nine US states.

"People just cross on their own and make their way into the US without paying anyone. You'll pay further south in Texas but if you come through here, you pay nothing," said Bensman.