On Tuesday, the Air Force revealed that racist text messages allegedly sent to a black senior airman by a white technical sergeant had been fabricated. 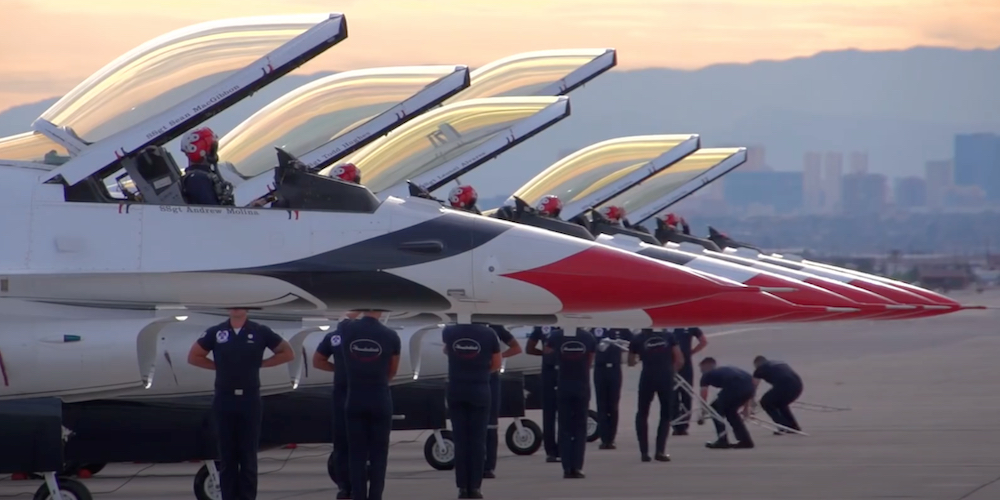 On Tuesday, the US Air Force revealed that racist text messages allegedly sent to a black senior airman by a white technical sergeant had been fabricated.

The airman was found to have faked the messages in an attempt to highlight discrimination in the promotion process.

In May, military news website Task and Purpose reported that an investigation had been launched after an airman at Luke Air Force Base was allegedly told via text message that he was not eligible for a position because of his skin color.

Months later, no evidence was found to support the validity of the texts.

"Following an exhaustive investigation, authorities determined that the statements published did not occur and the text messages were fake," said Sean Clements, chief of media relations for the 56th Fighter Wing at Luke Air Force Base.

Clements added that the Air Force "will not be able to offer further comment at this time as the individual may appeal their non-judicial punishment."

The text messages in question centred around the insistence that the black airman did not look the part for a squadron position he sought to attain.

"We won't be sending your name up for [redacted] at the squadron," the technical sergeant wrote.

"Is there a specific reason on to why I can't?" the airman replied

“We personally do not feel as if you are a good choice for the squadron," the technical sergeant explained. "You currently have a shaving waiver which isn't a professional image, and I think the air force is looking for somebody of white complexion and with the image that the air force needs. We can talk tomorrow to further discuss."

"This is the 3rd job that's been held over my head due to my looks, and something that's based on personal preference," the airman lamented. "I will not talk about it any further than what was just said. I know the commander would not agree with this."

According to Task and Service, the Air Force generally prohibits men from growing beards, however waivers are granted for medical and religious reasons, largely to minorities.

When the texts were first revealed, Clements stated that "we can categorically say that Luke Airmen are held to a high standard of conduct and that we maintain a zero-tolerance policy regarding acts of discrimination based on race."