'He lies all the time': Dr. Robert Malone on Fauci

"Tony has no integrity, he lies all the time, and me and my peers have been watching this for decades. We just shrug our shoulders and shake our heads and say 'It’s Fauci.'" 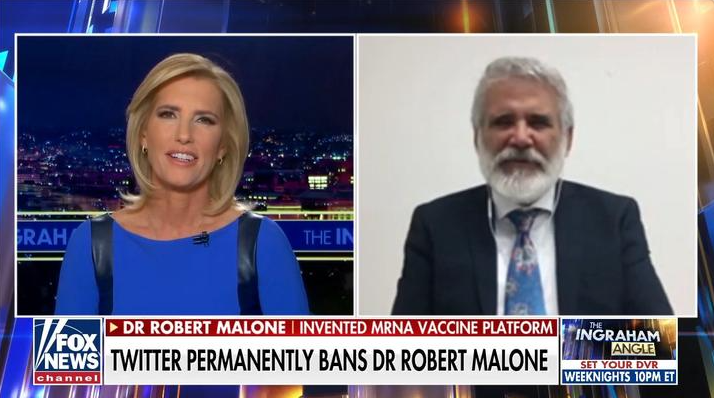 Dr. Robert Malone, who has been banned from Twitter and whose appearance on The Joe Rogan Experience was also scrubbed from YouTube, continued to buck the Biden administration's COVID narrative on the Ingraham Angle on Tuesday night.

When asked by Ingraham about Biden COVID spokesperson Anthony Fauci, Malone said "I mean, it’s Tony. What can I say? Tony has no integrity, he lies all the time, and me and my peers have been watching this for decades. We just shrug our shoulders and shake our heads and say 'It’s Fauci.'"

During his appearance on the Joe Rogan Experience, Malone said that he had known Fauci for much of his career.

Ingraham then asked Malone: "An N95 mask tightly fitted to the surgeon’s face or the health providers face, a very tightly-fitted mask, that can prevent transmission of viruses, correct? But who can wear a tightly-fitted medical grade mask? Certainly not a 2-year-old on a flight, correct?"