"They proceed to tell me that they had a psychiatrist come to the school and give my kid antidepressants. He's been on them for several months and I had no knowledge, the Washington state father said. 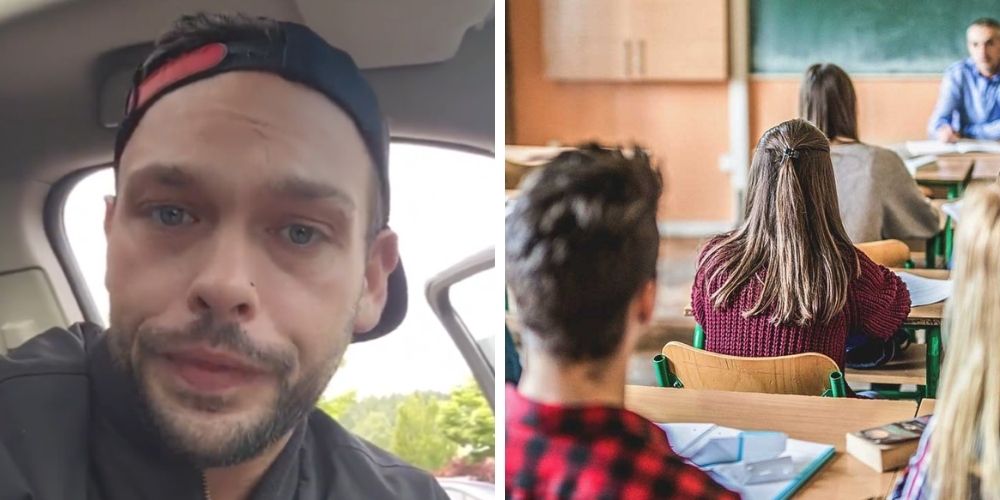 A Washington state father’s TikTok video went viral after he claimed that his son's high school prescribed the teen anti-depressants without informing the parents.

Eli Holt, a Snohomish resident, who sends his son to "the high school" said in the video, "I get a call today from the counselor at the high school, they proceed to say, 'Your child, 15 years old, did not pick up his anti depressants at the end of the school year.''

"I said, 'He's not on antidepressants, what are you talking about? My kid is not depressed.'" Lib of TikTok shared a video of the father on Twitter.

"They proceed to tell me that they had a psychiatrist come to the school and give my kid antidepressants. He's been on them for several months and I had no knowledge."

"I knew nothing about it. Come to find out, it's 100 per cent legal. They can do whatever they want with our kids in Washington State within the school program."

Holt claimed his 15-year-old son thought his father knew about the pills being prescribed because he usually has a "good line of communication" with the school.

In a follow up video, Holt slammed the school for allegedly giving his son the medication without knowing his medical history.

Holt said, "What if I was allowing him to have a glass of wine at home at dinner? Not that I am, but what if I was?"

Holt added he could understand the school keeping the information from a parent if there was suspected abuse in the home or if the child was in danger.

"If they're giving a child a prescription, you should know. Period. It's not their kid to give a prescription to. I wholeheartedly believe that they should have told me."

Many states, including Washington, allow schools to give out prescriptions to any minor over age 13 without getting permission from a parent if they are seeking treatment for mental health services.

According to a Washington state law known as The Adolescent Behavioral Health Care Access Act, which the legislature voted into law in 2019, the law "gives parents and providers more leverage in the treatment of a young person who does not want to or cannot independently seek medical help for a mental illness and/or substance use disorder."

Additionally, students "may initiate an evaluation and treatment for outpatient and/or inpatient mental health services, substance use disorder (SUD) treatment, or withdrawal management without parental consent."

The minor also "has the right to receive services in the least restrictive setting. A youth is admitted for inpatient treatment only if the professional in charge of the facility concurs with the need for treatment and the youth meets criteria for this level of care."

Washington ranks 43rd in the country, when comparing mental illness rates and access to services in each state, according to Mental Health America. This is due to Washington having a “higher prevalence of mental illness and lower rates of access to care” than higher-ranked states.

The Post Millennial contacted the school district for comment and received a summer vacation message. The Office of the Superintendent of Washington state declined to comment.