The historic crucifix, gifted by the Catholic Church in the 1930s to Premier Maurice Duplessis for his devotion and faith, has just been removed from the Blue Room of the National Assembly. 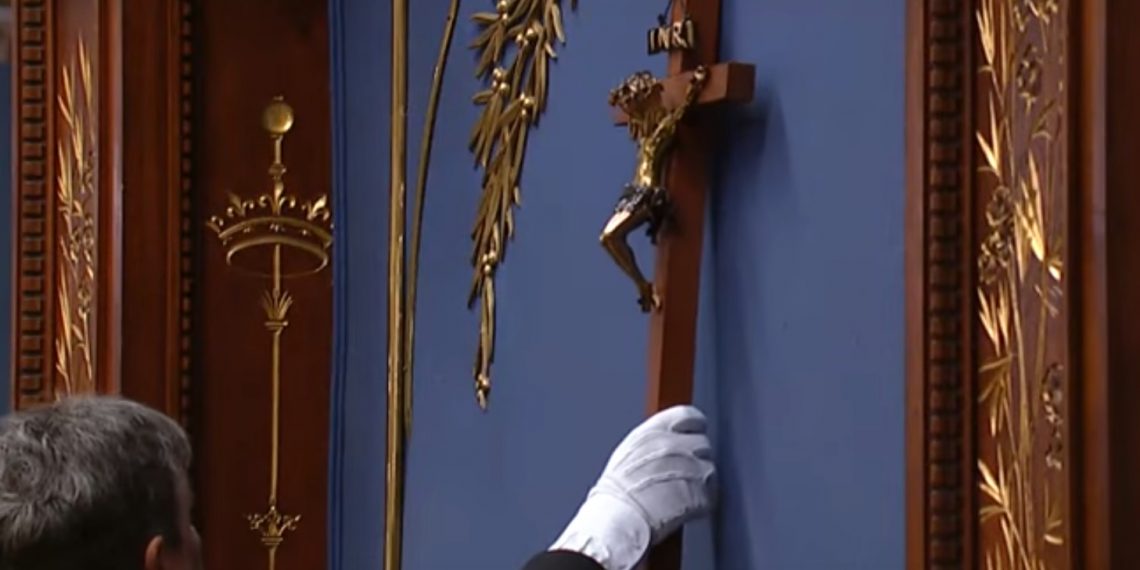 The historic crucifix, gifted by the Catholic Church in the 1930s to Premier Maurice Duplessis for his devotion and faith, has just been removed from the Blue Room of the National Assembly.

The decision to remove the decorative crucifix that hung above the speaker’s chair came last March, when a unanimous vote was cast following a motion tabled by the Legault government.

“On Thursday, 103 MNAs voted in favour of a motion to remove the crucifix, which has hung above the Speaker’s chair since 1936,” CTV Montreal reported in March, adding, “There were no abstentions.”

The motion was tabled by Diversity Minister Simon Jolin-Barrette immediately following the passing of Bill 21, which, after being approved this past June, banned the wearing of religious symbols by most public servants in Quebec.

Legault initially opposed the idea of removing the crucifix but understood that a majority wanted to see it go, he told CTV Montreal.

However, despite any objections, the crucifix was ultimately removed, very much following a widespread trend across the Western world of removing Christian symbols from public places and obfuscating our Christian heritage.

Now the crucifix is set to be exhibited in a museum showcase over the next few weeks in the National Assembly Hall, TVA Nouvelles reports.