Islamist claims he has landed in Canada to kill Asia Bibi

The video shows an unnamed man saying that he has “reached Canada,” criticizing Canada for “giving her an award” to “say the same words again.” 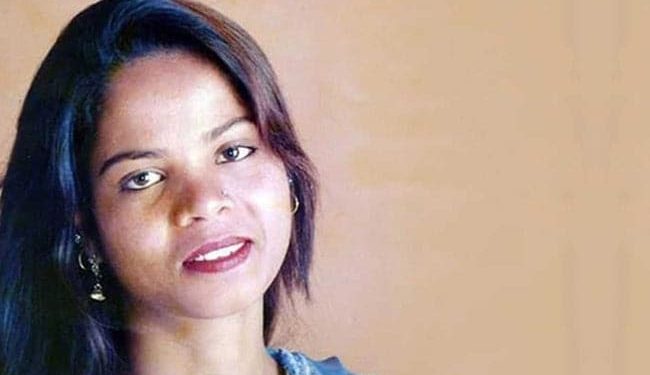 A video by an apparent Islamist has threatened to kill Asia Bibi, saying that he will give her a “terrible death” that will send her “to hell.”

Asia Bibi made international news after being granted asylum into Canada after being released from death row in Pakistan, where she was imprisoned on account of false blasphemy charges.

The video shows an unnamed man saying that he has “reached Canada,” criticizing Canada for “giving her an award” to “say the same words again.”

It is unclear who he is or if he is acting on official orders from any terror group.

Authorities in Canada have not yet commented on the footage.

The Asia Bibi story made headlines internationally, as Canadian Prime Minister Justin Trudeau had been in talks with Pakistan to help in Bibi’s case since November.

Bibi was first convicted in 2010 for making derogatory remarks about Islam after people complained that she drank from a glass of water designated for Muslims only.

Christians throughout the world have rallied to the cause of Bibi as she endured years of persecution and calls for her assassination.

Two Pakistani politicians were assassinated after coming to her defence.