"This is an extinction level event for the creators of our narrative in the mainstream corporate world." 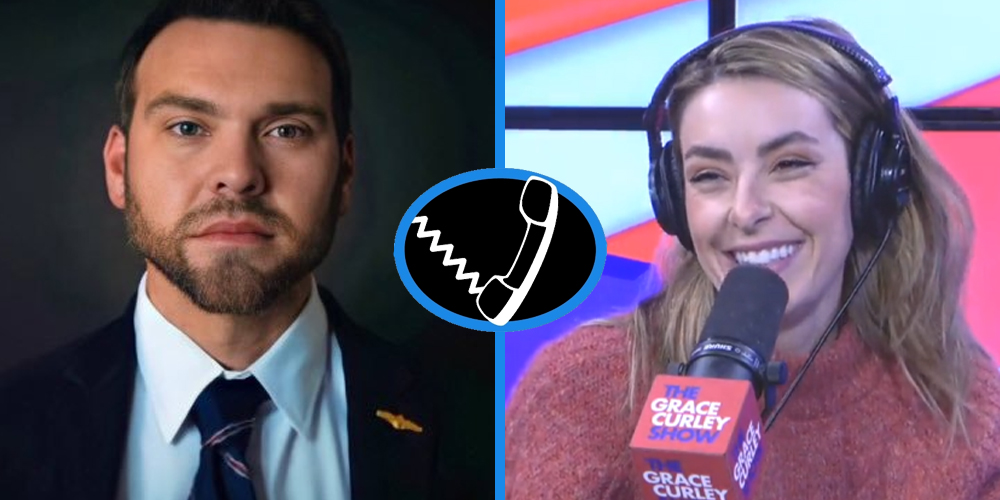 In Thursday's episode of The Grace Curley Show, Jack Posobiec of Human Events called in to tell the show host and her listeners how significant it is that billionaire Elon Musk wants to buy Twitter.

He described this current moment as a declaration of war by the Tesla and SpaceX CEO against the world’s elites and giving power back to the people.

"What an auspicious day. This is an extinction level event for the creators of our narrative in the mainstream corporate world," Posobiec opened up by saying.

Grace Curley responds with an optimistic outlook for the outcomes of Musk’s efforts. She said even if "Elon Musk doesn't succeed, first of all, he said in that TED talk, he has a plan B. But second of all, it's just a wonderful day either way, because they're really exposing themselves for being not just crybabies, but massive hypocrites, which we already knew, but it never hurts to learn it again and again."

Jack put it all into a historical perspective.

"Marshall McLuhan one says that the medium is the message, right? He said that back in the 1960s, the great thinker, the great media philosopher, Marshall McLuhan, because he understood that the power of communication, the outlet, is important. But the method is even more important than that. The medium, right?"

Posobiec describes Musk as more of a "rogue billionaire" who isn’t in lockstep with the likes of establishment leaders like The Washington Post’s Jeff Bezos and Laurene Powell Jobs of The Atlantic.

Notably, the Post previously said Elon’s recent actions show "that we need regulation of social-media platforms to prevent rich people from controlling out channels of communication."

Posobiec continues by saying: "And it turns out that at least when it comes to media in this country: it is controlled by oligarchs, it is controlled by the elite. This is a Promethean moment. A promethium moment for Elon Musk, where if he is able to do so this amounts to no less than declaration of war against the other elites, in terms of being able to give power back to the people, in terms of free speech and the democratization of information on the internet."

He also spent a part of Thursday talking about the Musk buyout proposal on Steve Bannon’s War Room show.

The "blue check" class of Twitter had an uproar on Thursday reacting to Musk’s buyout proposal. Mere hours after the announcement, Musk outlined his belief that Twitter needed to reaffirm itself as a free speech platform again.

Musk’s actions have led to other top shareholders of Twitter to make moves of their own: Saudi Prince Al Waleed publicly rejected Musk’s buyout pitch, while the Vanguard Group upped their stake in Twitter shares from 8.4 percent to 10.3 percent.