'The regime does not want freedom of speech': Jack Posobiec predicts powers that be will try to stop Elon Musk

"A lot of this is Generation X finally waking up and coming to the field of battle in this fight. Because remember, Generation X is always the don't tell me what to do generation." 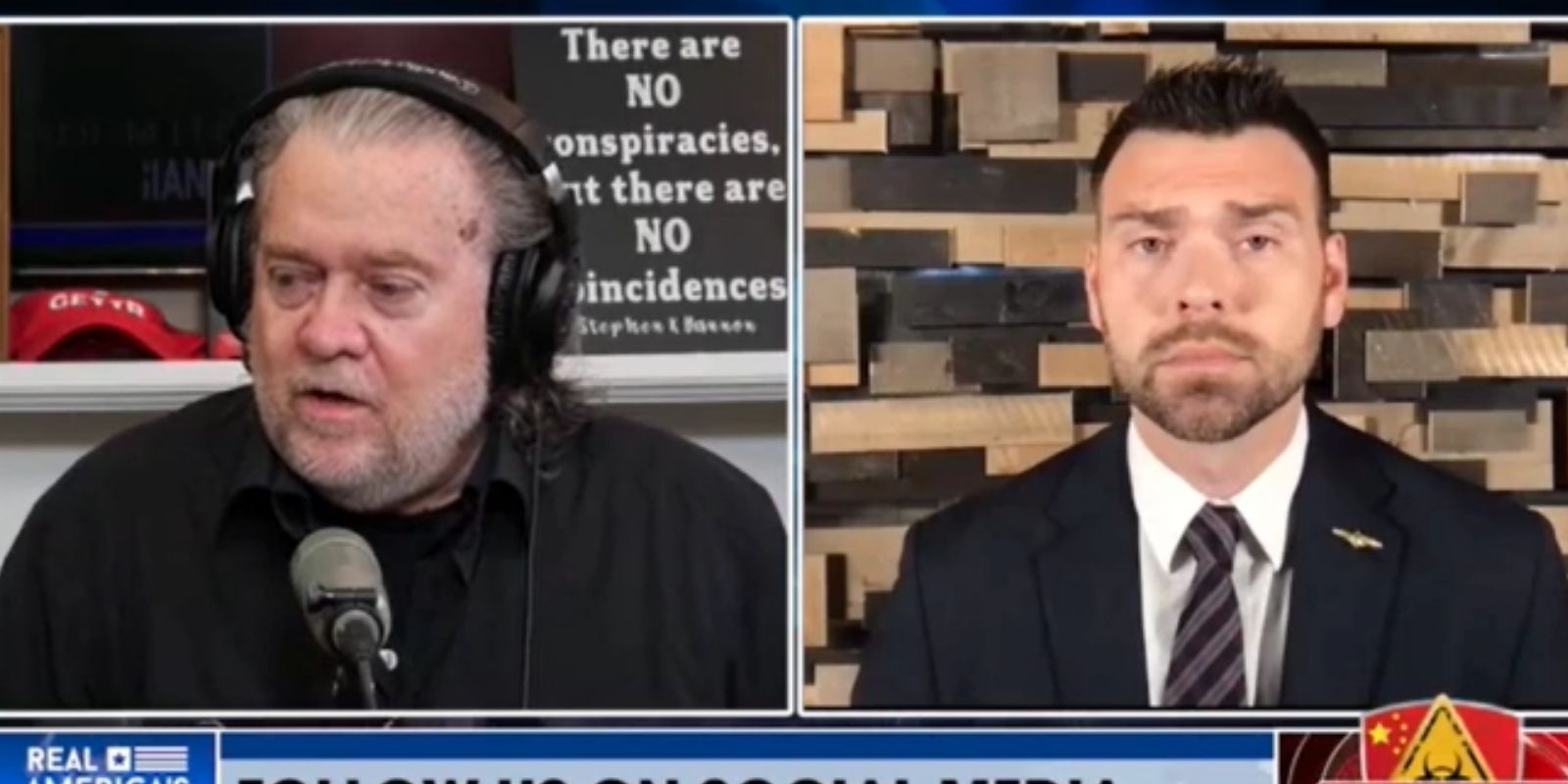 Human Events Daily's Jack Posobiec appeared on Steve Bannon's War Room: Pandemic to discuss Elon Musk's proposed purchase of Twitter, with Posobiec predicting that the powers that be will attempt to stop Musk on his mission to make the platform freer from censorship.

Earlier on Thursday, Musk made an offer to buy Twitter outright, saying that the platform needed to be transformed into a private business to thrive once again. The Tesla and Space X CEO offered to buy Twitter for more than $40 billion after recently rejecting a seat on the company's board.

"This tweet threat was about three weeks ago, and it was between myself, between Cernovich, and between Elon Musk, going back and forth about how Twitter was imposing these censorship rules arbitrarily, and all of them were enforced in one direction. All of them were to either censor or smear conservatives, we brought up Covington and Nicholas Sandmann, we talked about the high school kids that were smeared there, we talked about so many people that have been slandered and censored by Twitter," Posobiec said.

"Being that Twitter already is supposed to be the public [square] of the 21st century," he continued.

"Musk responds to this and says 'that doesn't seem fair,' to which I respond, 'buy Twitter and make it private.'"

The reason Posobiec did so, he says, was because he knew that "that Musk has connections to Jack Dorsey, he's friends with Jack Dorsey, and there was a whole rumor going around in 2016 right after Dorsey was reinstated as CEO... That Dorsey wanted to take Twitter private because it was sort of this Frankenstein's monster situation, where Dorsey originally wanted to just create this SMS-based, open chat standard for the internet, and it ends up becoming the most powerful website in the entire world."

Posobiec says that Dorsey "didn't mean to create that and so he didn't want to impose these issues on it."

"You can hear, by the way, in [Andrew Ross] Sorkin's interview right there on MSNBC, he says the quiet part out loud. The regime does not want freedom of speech, the regime is terrified of freedom of speech, and they're going to strike back at Elon Musk for this.

"They're going to call your Tesla, your stock options, and all your SCC comments into question, now we're going to talk about Space X... He's saying the quiet part out loud.

"Guess what ladies and gentlemen, you live in an oligarchy, and this is a situation where Elon Musk is playing games only he can play. The regime does not like it because he's the richest man in the world, going up to purchase this, actually has the ability. They're terrified of free speech being restored in this country and now, suddenly, they're talking about, 'oh well, we might take away your contract...' Elon Musk has become very very fabulously wealthy from a lot of government contracts, and a lot of government activity.

"... A lot of this is Generation X finally waking up and coming to the field of battle in this fight. Because remember, Generation X is always the don't tell me what to do generation," Posobiec continued.

"They don't want to be told what to do, they don't like authority, they don't like people imposing standards on them... Whether it be from thought standards or speech codes, these types of woke activists out there, or whether it be on the internet. They remember the internet in its first constituted state, where it truly was a forum for the free expression of information, where movements could grow. Movements like the movement like War Room Pandemic for the last two years.

"Imagine where we would be without the ability of the democratization of information, imagine where the populist movement would be if they were able to shut us all down," Posobiec concluded.