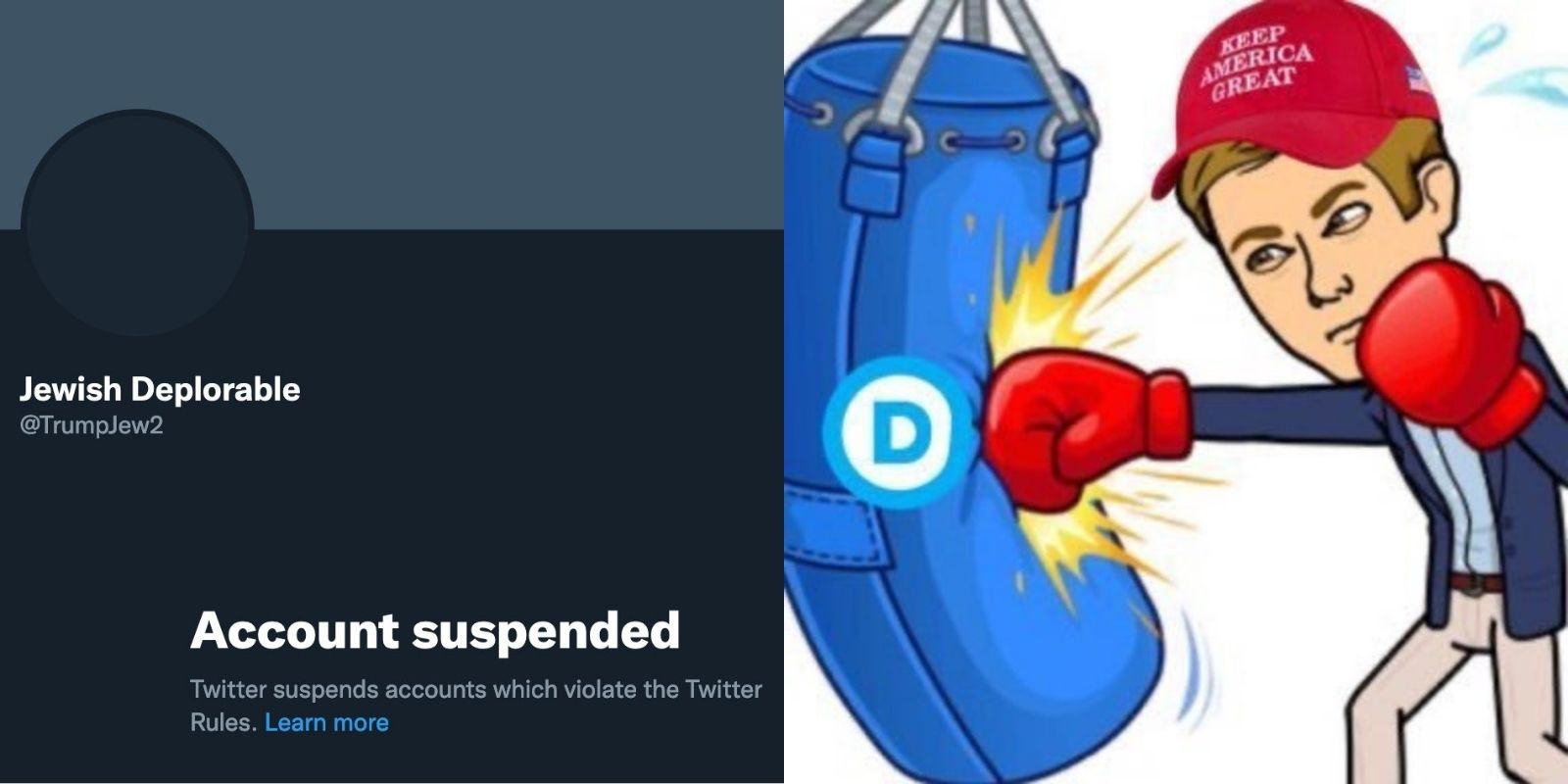 The pro-Trump and MAGA personality with over 80,000 Twitter followers at the time of exile was booted off the Big Tech platform on New Year's Eve.

"The day I got banned, my hashtag (#AOCLovesDeSantis) was the top trend on Twitter. I also made some memes about AOC that quickly went viral. I clearly irritated the wrong people and I paid the price for it. I'll be posting my content now on GETTR, but to a smaller audience," Jewish Deplorable said in a statement.

"F*CK BIG TECH," Jewish Deplorable had fired back Friday on pro-free speech alternative GETTR, where the right-wing commentator is verified.

Jewish Deplorable added on the social media site Sunday: "I don't agree with the 'everyone needs to get off Twitter' crowd. If you're not banned, you should stay on as long as possible. We need as many conservative voices on there as possible. We can't surrender social media. Go down fighting. Make them ban you."

Enjoying the freedom of GETTR's online forum, Jewish Deplorable listed a handful of declarations that would otherwise be censored on Twitter or labeled misinformation: "You can actually say these things on here and not get banned."

"Gained over 5k followers since the morning. The GETTR surge is real," Jewish Deplorable wrote Sunday, when podcaster Joe Rogan joined the movement.

Rogan took to GETTR "[j]ust in case shit over at Twitter gets even dumber."

Rogan's sensational podcast guest Dr. Robert Malone, who said he is one of the original contributors to mRNA vaccine technology, was also shown the exit door.