Durham's report provides the opportunity to present evidence that the Justice Department began its investigation into Trump in 2016 under dubious circumstances or with unscrupulous methods. 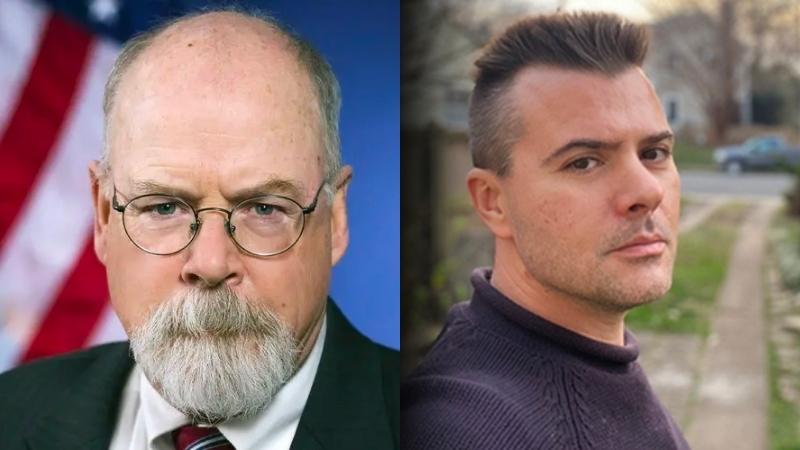 Olivia Rondeau
Sep 19, 2022 minute read
ADVERTISEMENT
ADVERTISEMENT
The "Russiagate" investigations are coming to a close, with Special Counsel John Durham gearing up to admit evidence in the trial of Steele dossier source Igor Danchenko, who has been charged with five counts of lying to the FBI, that would discredit the allegations against then-presidential candidate Donald Trump.

According to Yahoo News, Durham's report provides the opportunity to present evidence that the Justice Department began its investigation into Trump in 2016 under dubious circumstances or with unscrupulous methods. Trump wrote of the report and said, "The public is waiting 'with bated breath'" to see it, "which should reveal corruption at a level never seen before in our country."

Attorney General Merrick Garland is said to anticipate receiving Durham's final report by the end of the year, but it's not known if he will make the findings public.

Danchenko, who was the primary source for the allegations of Trump participating in "sexual activity at the Ritz-Carlton Moscow," has been charged with making false statements to the FBI stemming from statements he made when providing information to Christopher Steele, a former British spy.

"The Steele report states that ‘Source D,’ who is described as a ‘close associate’ of Trump, who had organized and managed his recent trips to Moscow, had confirmed that Trump had engaged in lurid sexual activity at the hotel," the filing states, adding that the Steele report also said the allegations "had been confirmed by ‘Source E,’ a senior (western) member of staff at the hotel."

But, in a January 2017 interview with the FBI, Danchenko claimed he had sourced the information while staying at the Ritz-Carlton Moscow in mid-June 2016 during a planning trip for a future business conference.

Durham said that Danchenko acknowledged that he had "visited, but not stayed at, the hotel during the 2016 trip."

"In his January 2017 interview with the FBI, the defendant also claimed that he inquired about the Ritz-Carlton allegations with hotel staff who did not deny their veracity," Durham states. "The defendant [Danchenko] also informed the FBI that he reported the names of these hotel staff to Christopher Steele."

Durham reports that, during a May 2017 FBI interview, Danchenko "again confirmed that he had spoken with hotel management about the Ritz-Carlton allegations."

"In that interview, the defendant also stated that ‘Source D,' the purported source of the aforementioned sexual allegations, ‘could be referring to Sergei Millian,’" the filing states.

Durham said his team has interviewed and expects to call at trial the "then-general manager of the Ritz-Carlton Moscow, Bemd Kuhlen, a German national who does not speak Russian (and whom the Steele Report describes as ‘Source E,’ a senior, western member of staff at the hotel.)"

"Mr. Kuhlen does not recall ever meeting or speaking with [Danchenko] in June 2016 or at any time," Durham states. "Mr. Kuhlen also has denied (1) having knowledge of the Ritz-Carlton Allegations at any time prior to their being reported in the media, (2) discussing such allegations with, or hearing them from, the defendant.

"Mr. Kuhlen also has confirmed to the Government and will testify at trial that he was the only ‘western’ member of management at the hotel in June 2016," Durham added. "In short, the Government intends to prove at trial that the defendant falsely sought to attribute the Ritz-Carlton Allegations to Mr. Kuhlen, and, as referenced above, to Sergei Millian as part of his work on the Steele Reports that are described in the Indictment."