"It's not political. There's no ideology in it. It's not a Republican-Democrat/Tory-Labour issue. It's a universal issue defined by science," Kerry said, who was due to meet Charles today in Scotland to discuss climate financing. 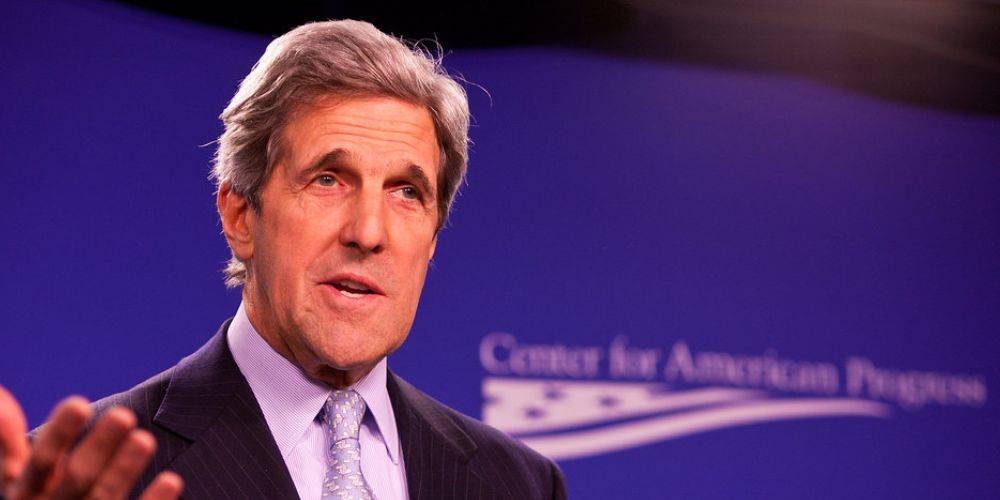 President Joe Biden's climate czar, John Kerry, flew to England on Friday to pay respects to the late Queen Elizabeth II, but turned heads when he chose to use the opportunity to speak on climate change.

In a television interview, the United States' first special presidential envoy for climate said that he hoped that the United Kingdom's new monarch, King Charles III, will help him fight back against climate change. Although British monarchs are supposed to remain neutral on political issues, the former secretary of state argued that it isn't partisan at all.

"It's not political. There's no ideology in it. It's not a Republican-Democrat/Tory-Labour issue. It's a universal issue defined by science," Kerry said, who was due to meet Charles in Scotland to discuss climate financing, but the meeting was canceled after the death of the Queen.

Kerry, speaking to the BBC, likened it to Queen Elizabeth's supportive role during World War II, and reiterated his point that climate change is not a political matter.

"This is life or death," he said. "I mean everybody is talking about this in the world, it's an existential issue."

"It doesn’t have a Tory or Labour or any other party in the world's label on it… It's a universal issue about the planet and he has for 50 years been ahead of the curve, speaking out, and working on approaches to deal with the challenge," he said.

Kerry's words may inspire the new king, but many have pointed out his hypocrisy in his environmentally-savvy statements.

Since being appointed to his role as President Biden's climate czar, Kerry has flown over 180,000 miles in flights that emitted more than 9.5 million pounds or 4,772 tons of carbon into the atmosphere, according to a Washington Free Beacon analysis.

In a review of 75 of Kerry's official travel announcements from March 2021 to July 2022, he is reported to have produced roughly 300 times the average American's carbon footprint on his trips to discuss climate change with various world leaders.

Kerry's office told Fox News that he flies "commercially or via military air in his role as Special Presidential Envoy for Climate," but Kerry's press releases do not specify which type of plane is utilized for any particular trip. He's posted photos to Twitter, using electric buses and scooters as a means of transportation, but has not shared snapshots of his plane travel.

In another example of inconsistency with his purported values, as of July, Kerry's family's own jet has made a total of 48 trips lasting more than 60 hours and emitted an estimated 715,886 pounds, or 325 metric tons, of carbon since President Biden was sworn into office.

The plane belongs to Flying Squirrel LLC., Kerry's wife Teresa Heinz-Kerry's company in which Kerry reported owning a more than $1 million stake on his most recent financial disclosure.