The Antifa-supporting anarchist federally charged in connection to the Capitol Hill riot was once an Olympic speed skating prospect promoted by Uber. 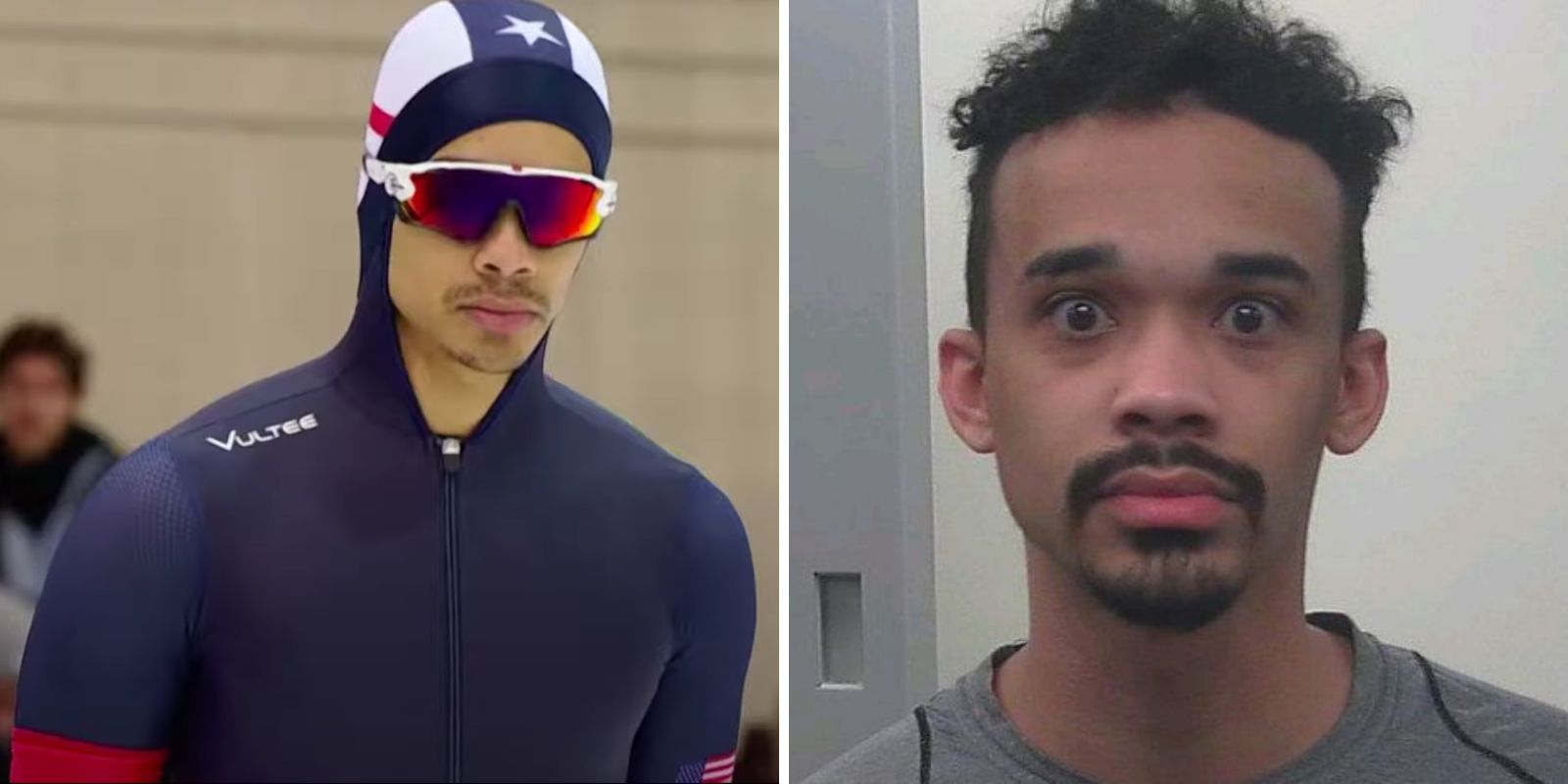 The Antifa-supporting anarchist federally charged in connection to the Capitol Hill riot was once an Olympic speed skating prospect promoted by Uber.

26-year-old John Sullivan is accused of knowingly entering a restricted building or grounds without authority, civil disorder, and violent entry or disorderly conduct. He told law enforcement and media outlets that he was present to "document and report" for journalistic purposes.

But an FBI special agent noted via sworn affidavit that Sullivan even admitted that he has no press credentials. To date, the investigation failed to yield "any connection between Sullivan and any journalistic organizations."

The founder of Utah-based extremist group Insurgence USA claimed he embedded himself among the Trump supporters to record the Jan. 6 storming of the Capitol building last week. However, Sullivan's checkered past has left many questioning the black social justice activist's true motives.

Before his infamy, Sullivan rose to Olympic stardom. Sullivan grew up with his wealthy family in northern Virginia. He and his brothers were all nationally ranked inline speed skaters and competed in competitions throughout the United States and international competitions in Spain, France, and Italy, PT News Network revealed as early as September 2020.

When Sullivan finished high school, he relocated to Salt Lake City, Utah, where he began training professionally. While he participated in a specialized speed training program, Sullivan worked various odd jobs until he turned 21-years-old when he began his new stint as an Uber driver.

"After searching for a way to earn money that fit with his busy training schedule, he discovered Uber," the piece is prefaced, linking Sullivan's self-started GoFundMe page. The campaign raised over $2,500 at the time to fund his journey to Pyeongchang.

Sullivan practiced six days a week, beginning at 6 am and continuing into the evening. The demanding days included on-ice skating, stationary drills, and cardio ranging from cycling to running. Then he drove mostly on weekend nights around his rigorous regiment.

After nine determined years of skating, Sullivan had just earned qualification times to attend the World Cup qualifiers. Sullivan documented his struggles and triumphs as @JohnJohn809 on Twitter and @unbreakablefocus on Instagram.

Sullivan also appeared in several commercials, one of which was last aired in August 2016 on national television. "Uber allows me that flexibility to spend more time on the ice," Sullivan said in the private video.

In January 2018, Sullivan competed in the men's 500 meter event during the Long Track Speed Skating Olympic Trials at the Pettit National Ice Center in Milwaukee, Wisconsin. Insurgence USA even uploaded footage of the race to YouTube.

Sullivan also worked in the logistics industry while he trained, according to his LinkedIn profile. He served as a successful freight broker to Unishippers and World Wide Express in 2017 through 2019. Sullivan claimed to be the top record-setting sales representative as well as the "Platinum Club President."

Sources told PT News Network that Sullivan left Worldwide Express to work as an independent freight agent for several companies such as mega-broker Priority1. Sources within the company confirmed that he was an active independent agent but no longer associated with the consulting agency.

In one viral tweet, Sullivan is seen outside the White House in late August 2020 threatening to "rip" President Donald Trump out of office, openly calling for an uprising and urging his followers not to wait until the next election.

"We f—ing about to burn this shit down," Sullivan declared to the crowd members, chanting: "It's time for a revolution."

Sullivan was arrested and charged earlier in July 2020 during an Antifa-Black Lives Matter riot where drivers in Provo were threatened and one was shot, DeseretNews reported. Sullivan was booked into the Utah County Jail at the time for investigation of rioting, making a threat of violence, and criminal mischief.

A group calling itself Back to Blue planned to drive around the Provo Police Department and honk their horns to show support for law enforcement. Counter-protesters did not obtain a permit for their opposing event yet Sullivan rallied participants on social media. The demonstration blocked vehicular traffic.

Two handguns were brandished and two shots fired toward a motorist. Vehicles were damaged by protestors and Sullivan himself.

"As a protest organizer John Sullivan is heard and seen as he is promoting protesters to block roadways, keeping motorists from traveling lawfully and freely," the police affidavit reads.

Sullivan was also captured on video threatening to beat a woman in an SUV and then kicking her door, leaving a sizable dent.

His family is not sure what caused him to become radicalized. His younger brother James told PT News Network that his family noticed John started to develop left-leaning political views early last year before he veered far-left.

"It has hurt our family," James, a black Republican who co-founded the conservative political organization Civilized Awakening, said to the news outlet. "My mother cries most days." His family members still hold out hope, believing that John may be lost but still a good person at heart.

James stressed via Facebook Live that he is in "no way, shape, or form associated or working with" his brother after misinformation proliferated online.

Snippets of the chaos that he caught on his phone included the fatal shooting of Air Force veteran Ashli Babbitt inside the Capitol building.

One circulated clip shows Sullivan with filmmaker Jade Sacker cheering right after they reached the Capitol rotunda. Sacker followed Sullivan to film his exploits as part of the photojournalist's purported documentary project.

"You were right! We did it!" an elated Sacker announced to Sullivan. "I was trying to tell you. I couldn't say much. Is this not going to be the best film you ever made in your life?" Sullivan replied. When Sacker asked if he was recording, Sullivan falsely promised to delete the soundbite.

Even left-wing figures have posed Sullivan's post-siege behavior as borderline narcissistic, a provocateur attempting to insert himself in the protest community.

CNN's Anderson Cooper welcomed John Sullivan on his show last week to present himself as the heroic reporter who both witnessed and captured Ashli Babbitt's death. "By no means am I there on the Trump side or the MAGA side but I don't want to see people get hurt unnecessarily," Sullivan insisted.

However, the criminal affidavit cited recorded examples of Sullivan agitating the mob and inciting violence amongst the rioters. When individuals climbed a wall to reach the plaza just outside the Capitol building's entrance, Sullivan can be heard shouting: "You guys are f—ing savage. Let's go!"

Reporters are still investigating how this once-patriotic athlete driven by discipline and the American dream to represent his nation in the Olympics became an insidious anarchist inspiring his base to overthrow the establishment.