This won’t be the first time that Mayor Tory raises two LGBTQ flags, as a similar gesture was made just a few weeks ago, when Mayor Tory again raised the rainbow and transgender flags during the International Day Against Homophobia, Transphobia, and Biphobia. 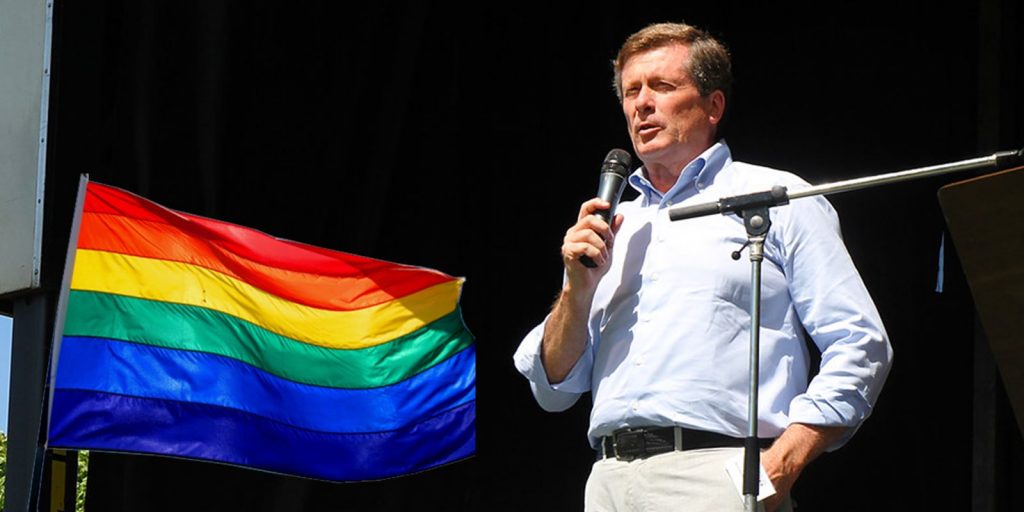 Toronto Mayor John Tory will be raising the rainbow and transgender flags at City Hall today to mark the beginning of Toronto’s Pride festivities.

This won’t be the first time that Mayor Tory raises two LGBTQ flags, as a similar gesture was made just a few weeks ago, when Mayor Tory again raised the rainbow and transgender flags during the International Day Against Homophobia, Transphobia, and Biphobia.

The event will also recognize the 50th anniversary of the Stonewall Riots in New York, an event that many acknowledge as the kick-off of the LGBTQ movement.

The 2019 Pride parade will be held on June 23 and is penned to go from the corner of Church Street and Bloor St, all the way down to Yonge Street and Yonge-Dundas Square. More than 1 million festival-goers are expected to attend.

As for the Premier of Ontario, Doug Ford said he will once again not be in attendance during this year’s pride parade, citing Pride Toronto’s barring of in-uniform front-line police officers from attendance.

While attending the parade, Mayor John Tory has publicly expressed his disappointment by Pride Toronto’s membership decision to exclude the police force from the 2019 parade.

“I believe the police should be in Pride; I’ve said that many times,” said Tory.

That decision was made by Pride members in January, and to say the margin of victory was narrow is an understatement. Pride members voted 163-161 to keep uniformed officers out of the parade, a decision that Pride Toronto said showed a deep division within the city’s LGBTQ community.

What do you think of Mayor Tory’s decision to attend? Join the conversation by commenting below.