WATCH: Dan Bongino slams Joy Behar after she claims Antifa is 'fictitious' and 'doesn't even exist' 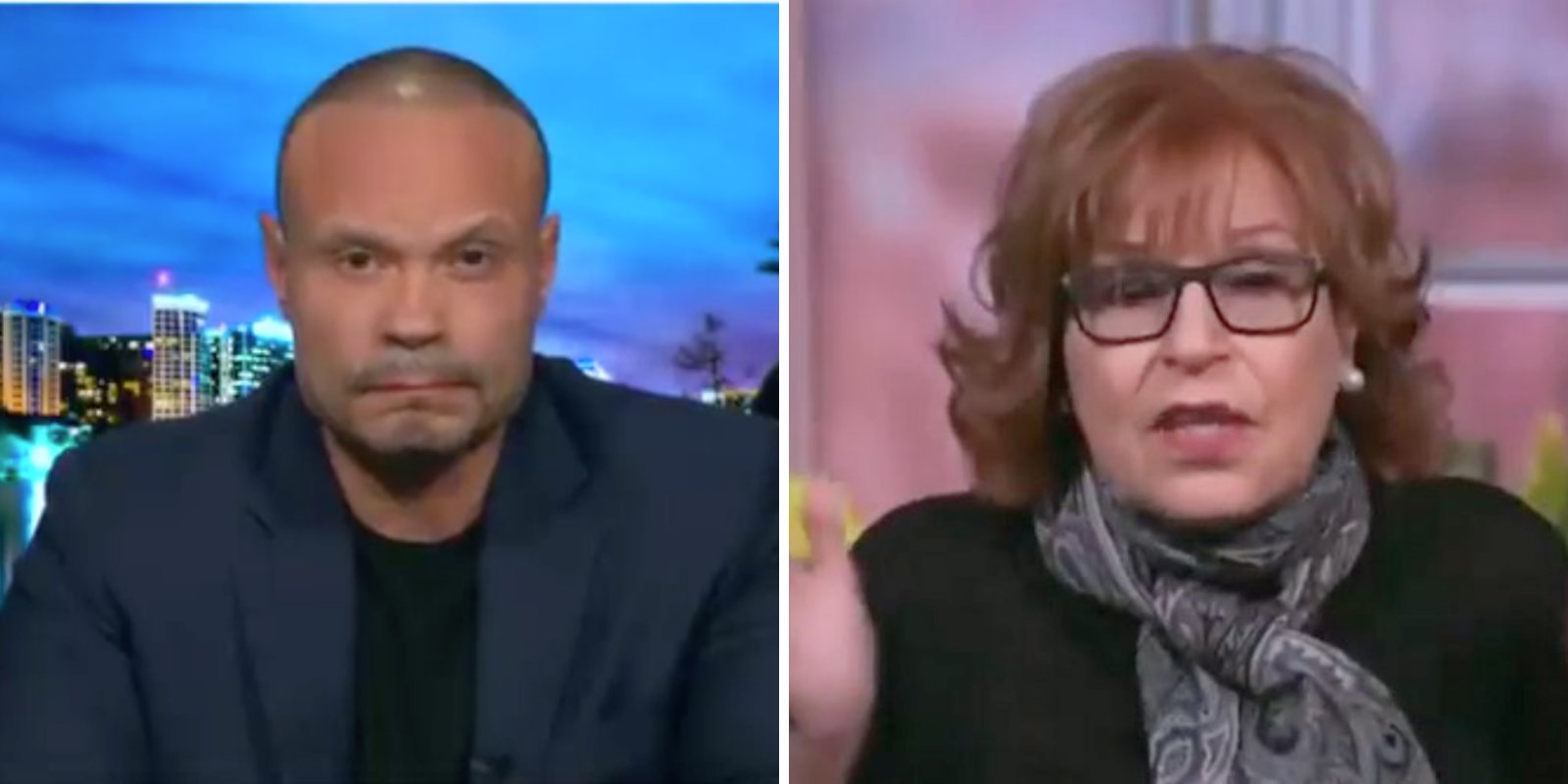 ABC’s The View co-host Joy Behar claimed Monday that Antifa, the recognized far-left extremist group, is "fictitious" and "doesn't even exist." Speaking to Sean Hannity, Dan Bongino slammed this assessment of Behar's, and he brought receipts.

"Fictitious entities don't put people in body bags. And that's what happened in Portland when a member of Patriot Prayer member was killed by a member of Antifa. Joy Behar doesn't know that. Joy Behar is frankly kind of dumb, so she probably doesn't read the newspaper, but she may want to read the obituary of that man who was killed by the 'fictitious' entity that killed him, a known Antifa supporter."

Behar made these outlandish comments on-air during Monday's show while the panel discussed Senator Ron Johnson (R-WI), who stated last week that he did not feel threatened during the Jan. 6 riot at the US Capitol. But had it been Antifa or Black Lives Matter, he would have been "concerned."

Behar had taken issue with the congressman's statement, saying: "If I was surrounded by people carrying weapons, people erecting nooses, screaming hang Mike Pence, bludgeoning a police officer to death, I might be a little scared. But Ron, no he's not scared of these people. He's scared of this fictitious idea of Antifa, a thing that doesn't even exist. He needs to go. He needs to go—and soon."

Bongino was readily able to counter her claims with real life ones of his own, talking about the trouble he faced when Antifa and BLM activists threatened him and his wife when they were leaving the grounds of the White House in August after President Trump's speech at the Republican National Convention.

"The Anti-Defamation League has come out and said it's a both dangerous and counterproductive organization. The actual Portland courthouse was set on fire this very weekend," said McCain.

"What separates Antifa is their willingness to use violence," McCain continued, adding that the violent extremist group has attacked journalists she knows personally "for months" while reporting on the 2020 riots perpetuated by Antifa and BLM.

"We can say Ron Johnson is an absolute moron. We can say not all activism is violent, but the idea that Antifa doesn't exist is just, just factually inaccurate and wrong and a lie," she concluded.

Behar countered McCain’s statements and repeated false claims that Antifa is "not a group or an organization" but a "movement or an ideology,” which were made by FBI Director Christopher Wray during a House Homeland Security Committee meeting.

However, it’s important to note that FBI Director Wray acknowledged that "Antifa is a real thing."

"We have any number of properly predicated investigations into what we would describe as violent anarchist extremists, and some of those individuals self-identify with Antifa," said Wray.

During the panel discussion on Monday’s airing of The View, co-hosts failed to mention that Senator Ron Johnson of Wisconsin was directly impacted by violent riots perpetuated by Antifa and BLM last summer in Kenosha, WI.

Perhaps The View should have Dan Bongino on to discuss it.