A judge has ordered Minneapolis City Council and Mayor Jacob Frey to "take any and all necessary action" to hire more sworn police officers and ensure that city leadership funds a police force that complies with the city charter by June 2022. 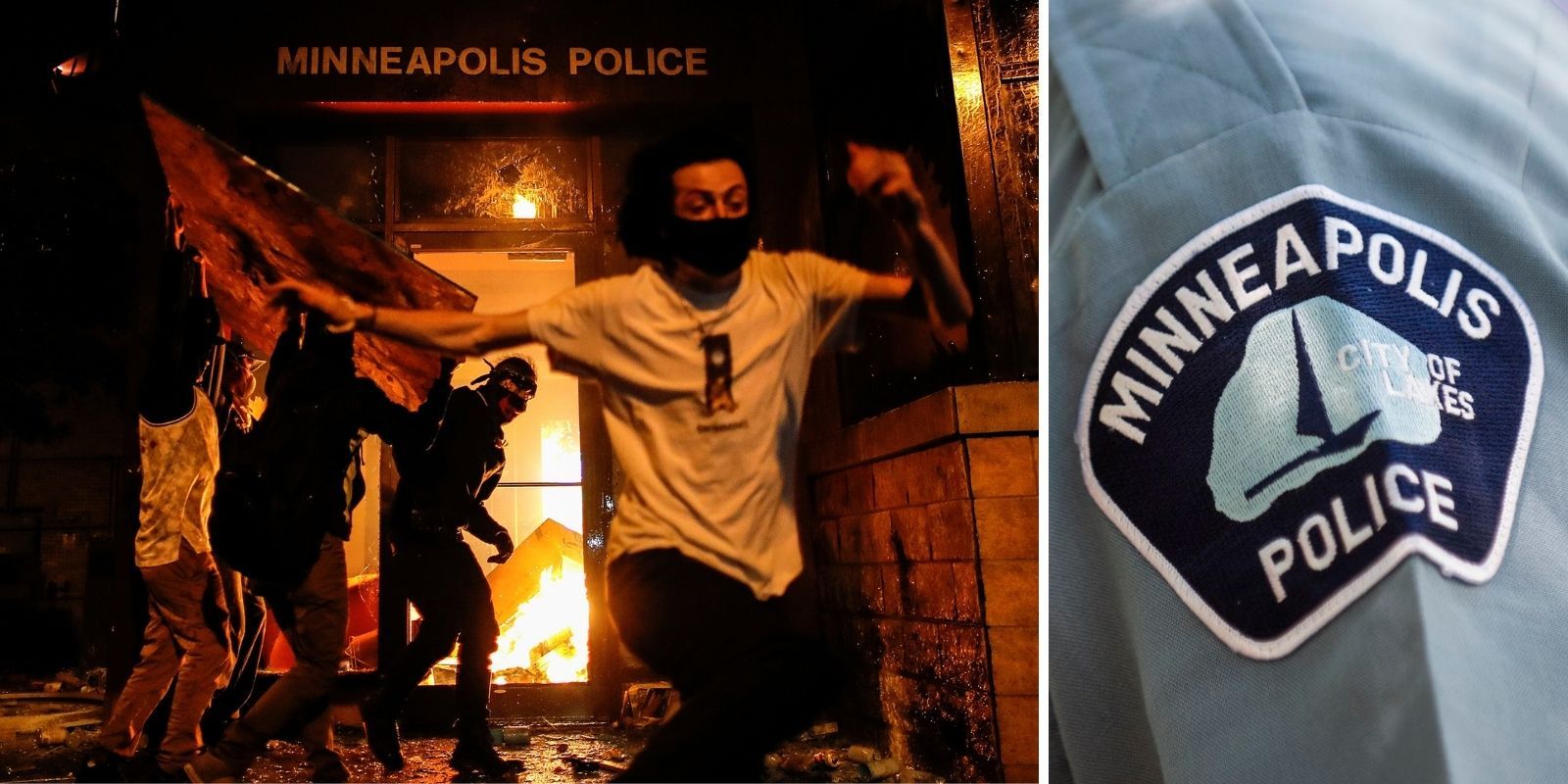 The city of Minneapolis is being legally mandated to hire more cops after a year of rampant looting, rioting, and violent crime in the wake of George Floyd's death.

In a legal triumph, the National Police Association's amicus brief supporting a lawsuit against Minneapolis City Council and Mayor Jacob Frey for allowing the city's police department to fall below minimum staffing has prevailed. Now the city has been ordered by the court to restore the police force's dwindled numbers.

Minneapolis attorney Erick Kaardal, the NPA's lead council for the amicus brief, gave an in-depth look at the realities of the case in an interview with The Post Millennial. Kaardal discussed the importance of staffing requirements for law enforcement and how a lack of staffing had impacted Minneapolis and its citizens.

Kaardal also explained why Minneapolis City Council must get approval from the public and police federation before taking actions to defund. The lawyer outlined reasons why charters such as the staffing requirement have been put in place by cities like Minneapolis and why they're so crucial to the safety of communities.

The Minneapolis city charter acts as the city's constitution at the municipal level, Kaardal elucidated. Minnesota was the fourth state to permit "home rule" through a constitutional amendment approved in 1896, which allows citizens to create city governments separate from the standards established under state law. A home rule charter "allows a community to establish and maintain a municipal corporation to provide for the common health, safety, and welfare of its people."

According to the city charter, Minneapolis must maintain at least 0.0017 police force employees per resident but had fallen well below that standard by not having the per capita requirement of at least 730 staffers employed. (The baseline is calculated from multiplying 429,606 residents by the city charter percentage minimum of 17 police employees per 10,000 residents.) Kaardal pointed to the city charter as the background as well as the legal principles for the collective bargaining agreement between the city and the Minneapolis Police Federation.

"So when the police federation was negotiating police force levels with the city, part of that agreement was, of course, that the city would follow the charter which is law in Minneapolis," he continued. "Having an adequate number of police officers protects not only the public, but also the police from serious violence."

The NPA's amicus brief agreed, noting that the significance of Article VII, § 7.03(c) is the "lack of politics through a mathematical formula to ensure a minimum police force," a part of the city's police department that excludes civilian employees.

"The sea-change in policies to circumvent the explicit language of the existing City Charter will not cure the ills real or perceived," the NPA's amicus asserted.

The court filing highlighted the city's proven illegalities of attempting to reduce the police force, emphasizing that to decrease the department's staffing below the minimum requirements places greater risk not only to the police force itself but also to the public where fewer numbers of police officers could result in slower response times, resolution to crimes, or prevention.

"When a municipality fails to fully understand the consequences of its actions, it undermines the social contract between the police force and the people it is sworn to serve and protect," the NPA's amicus brief stated. "The City Charter represents a specific guarantee—a social contract—of the governed, through the police department, to protect all people in all communities within that municipality."

On July 1, the Hennepin County District Court ruled in favor of the lawsuit and issued an order requiring the Minneapolis City Council and Frey to "take any and all necessary action" to hire more sworn police officers and ensure that city leadership funds a police force that complies with the city charter by June 2022.

"If the City is not proactive in anticipating what will be required of it in coming years, it will constantly be behind -- constantly underperforming and, as a result, understaffing the police force," the court ruling stated.

"I think that the legal victory shows that the Hennepin County District Court loves the police and that love is also reflected in the petition being filed the National Police Association," Kaardal said of the court ruling.

He also called the landmark win at the beginning of July "hopeful that the courts have stepped up to protect the people from the government."

Kaardal underscored how Minneapolis City Council didn't just concede and re-staff the police force. "They went all the way to trial and then they lost."

"So the sad thing is that this got to a judge's desk," Kaardal stated during the interview. "The city council should protect the people, but that's not what the city council wanted. They wanted to fight, fight, fight for defunding the police and getting rid of the police and having less than the legally required police force [...] We had to go to court to get the city, the public officials, to follow the law."

He said that the city leadership's stance had just encouraged more violations of the law and had set an example for the law breakers of the streets. "When the Minneapolis City Council violates the law, it's the wrong kind of example. They should be forcing the law, not violating the law," Kaardal quipped.

Kaardal said that the opposition has any credibility because they weren't following legal procedures with respect to changing the police force. "That's an example for the criminals to follow, not for law-abiding citizens," Kaardal reiterated. "And when the city officials engage in violating the law to reduce the police force, it sends a double message to the bad guys that they can do what they want."

It was in Minneapolis where the movement to "defund the police" gained momentum, sparked by the death of George Floyd who died in police custody. Black Lives Matter activists demanded replacing the police force with more "community-focused" policing. City leadership backed the idea at first.

Minneapolis City Council voted in December to redistribute $8 million from the city's 2021 police budget to other city services as part of an effort to "transform" public safety. Frey called the police budget cuts "irresponsible" and threatened to veto the budget due to an uptick in citywide violence and officers choosing to leave.

"This was more about the city council's decisions. This was about a decision that was made that impacted people's lives, the violence erupted. And when I say erupted during a time of [the] COVID pandemic, we experienced a pandemic of violence in my community," co-plaintiff Spann said of the city council's actions. "It sent a surge of violence through the neighborhood in which I live, work and play. That was just unacceptable. Unacceptable," Spann said, according to WCTI-TV.

Frey praised the city council for subtracting language that would have permanently removed 130 officers from the Minneapolis police force. The mayor was booed by left-wing protesters during anti-police demonstrations that took place over the summer for not advocating for a full abolition of the city's police department.

The city's dubbed "Safety for All" plan was slated to reallocate the police budget's millions to fund violence prevention measures, "mental health crisis teams," and have non-uniform employees deal with property damage and theft calls.

"Minneapolis has acknowledged that [the police] has problems," Kaardal said. "So we don't want to skip over that. But this is about maintaining the police force at an adequate level. And then we need to make sure the police officers have proper training and opportunities to be educated about best practices and so forth."

The vote came days following heated public hearings and debates addressing the plan's efficacy during a period of rising crime. At the time, violent crime was rising in Minneapolis with 3,674 incidents logged in 2020 as of late September, a 17 percent increase over the previous five-year average. Minneapolis Police Chief Medaria Arradondo argued that funding would be needed for overtime pay since the force was down 166 officers due to resignations and officers on leave.

"When you defund the police, you're just encouraging the crime. It has a multiplier effect," Kaardal commented on the city's move to demonetize local law enforcement. "We're really disappointed in the city council not doing its job."

In mid-July, police chief Arradondo lambasted Defund the Police advocates after a three-year-old child was wounded in a shooting. Arradondo said that the police are not the problem nor the public safety threat that politicians claim authorities to be.

"We have an epidemic right now of unequivocal gun violence particularly in our African-American communities. And that must stop," Arradondo said.

"Believe me, this is not an easy vote to take, but I believe it is right," Andrea Jenkins, a council member who represents an area of the city adjacent to where Floyd was killed, said. Late last month, extreme Black Lives Matter activists blocked Andrea Jenkins's car in the street, forcing the councilwoman to sign an agreed statement that commits to dropping charges against alleged rioters.

Minneapolis may have to hire as many as 100 more officers, depending on new census figures once 2020 statistics are published. Frey's office told CNN via press statement that the mayor "will continue working to increase officer staffing levels" and supports "recruiting more community-minded officers."

While the city was once the epicenter for defunding, Kaardal indicated that Minneapolis could now be the start of the "refunding" movement. Kaardal said there are other crime-ridden cities in need of the NPA's support, including riot-torn Portland that's been ravaged by Antifa's forces almost every night.

However, he suggested that the Defund the Police bloc's next step is to go after the city charter itself and eliminate the charter provision in question.

"They think they're being creative and imaginative. What the people want are results. And the results of the way they're doing it has led to an 89 percent increase of crime and we're going to have probably a record number of homicides this year. So that's the results the mayor and city council are delivering," Kaardal said.

Kaardal pointed out the circulatory language that the opposition uses to frame defunding the police as "reallocating the police budget."

"This is all sort of wordsmithing. 'We're not talking about defunding the police. We're doing this instead.' Well, show me where this works. Minneapolis is not going to be the guinea pig for this experiment," Kaardal fired back.

Kaardal said in order for the city to move forward, leadership should issue a self-course correction. In other words, city officials need to say, "Oh, we violated the law," Kaardal stated. "We're not going to do that again. We're guilty."

"They're on the wrong side of the question and need to understand that every person in Minneapolis wherever anyone lives, no matter income status, racial group, or whatever, deserves protection. That's the job of the government, and we're not even getting that right in Minneapolis," he concluded.