Most people are dealing with coronavirus prevention by using a face mask, however some are now covering their heads with plastic water jugs. 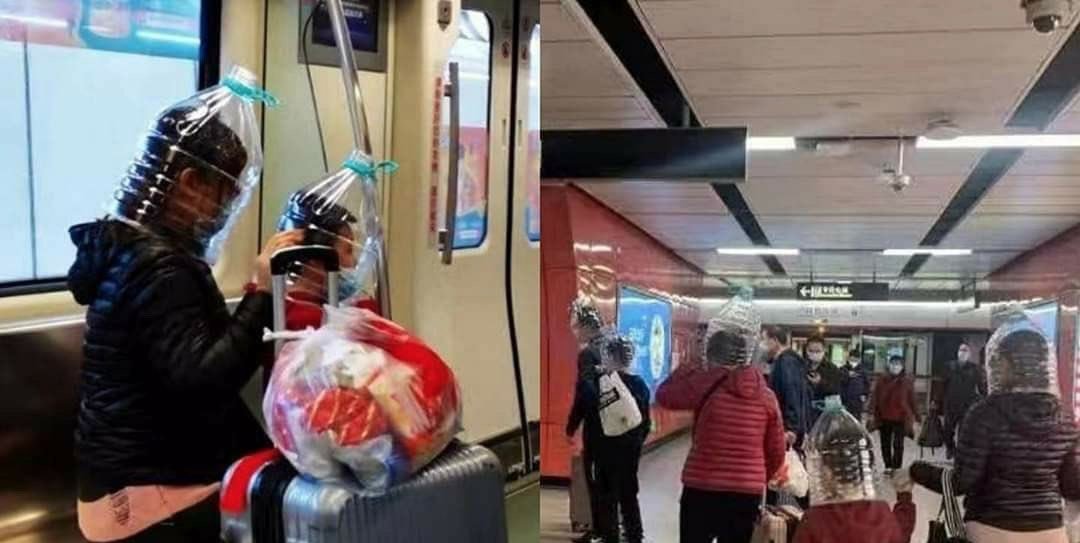 Many people are dealing with coronavirus prevention by using a face mask, however some have taken the extra mile for their personal health security. A traveller at Vancouver International Airport was seen wearing a water bottle to cover his entire face. A photo of the man was quickly shared throughout Twitter and other social media.

It may be an acquired look, but this man is not alone. Multiple accounts of the same practice have been reported internationally over the last couple of days according to the Daily Hive.

Health authorities in British Columbia confirmed that they have received their first presumptive case of coronavirus. A man returning from Wuhan last week began to feel an “onset of symptoms” upon his arrival. The man voluntarily isolated himself while awaiting the results from a check-up with health officials. A diagnostic test was administered by Vancouver Coastal Health and came back positive last night.

The National Microbiology Laboratory in Winnipeg will test the lab results a second time to confirm however it will take a couple days before the results will be certain. Dr. Bonnie Henry, Provincial Health Officer, said the risk of spreading the virus within BC “remains low.” in a statement. “All necessary precautions are being taken to prevent the spread of infection. We have multiple systems in place to prepare for, detect and respond, in order to prevent the spread of serious infectious diseases in the province.”

She adds, “It is not necessary for the general public to take special precautions beyond the usual measures recommended to prevent other common respiratory viruses during the winter period.

“Regular hand washing, coughing or sneezing into your elbow sleeve, disposing of tissues appropriately and avoiding contact with sick people are important ways to prevent the spread of respiratory illness generally.”

The Ontario health authority stated that there are currently 11 additional cases under investigation at the moment.

A total of three people are currently under investigation in Quebec for potential cases. Ontario has two confirmed cases in Toronto. A husband was screened at the airport and shown to have recently travelled to Wuhan, China. He was put into isolation immediately before his diagnosis was confirmed. His wife was also found to have contracted the virus.