The justice had to make a hasty exit from the back of Morton's after Leftist group ShutDownDC descended on the establishment. 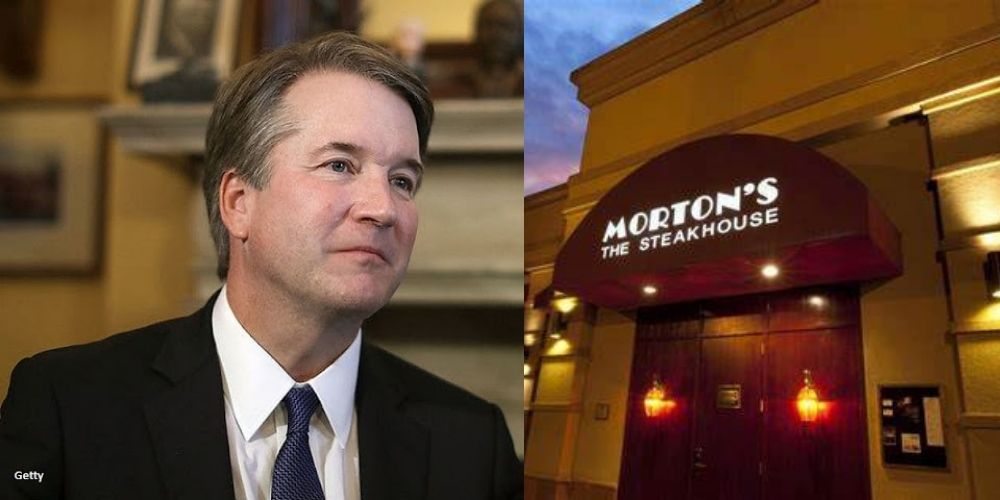 Justice Brett Kavanaugh had to make a hasty exit from the back of a Morton's Wednesday night after activists descended on the steakhouse to protest.

According to Politico's Daniel Lippman, the protesters received a tip that Justice Kavanaugh was dining out at Morton's, arrived out front, and called the manager to demand Kavanaugh be thrown out of the establishment. The Leftist activist group ShutDownDC posted on twitter, "We hear Kavanaugh snuck out the back with his security detail. @mortons should be ashamed for welcoming a man who so clearly hates women."

Lippman reports that Kavanaugh "ate a full meal but left before dessert" and "Morton’s was outraged about the incident."

A representative for the steakhouse said, "Honorable Supreme Court Justice Kavanaugh and all of our other patrons at the restaurant were unduly harassed by unruly protestors while eating dinner at our Morton’s restaurant. Politics, regardless of your side or views, should not trample the freedom at play of the right to congregate and eat dinner."

"There is a time and place for everything. Disturbing the dinner of all of our customers was an act of selfishness and void of decency," Morton's concluded.

ShutDownDC's website contains a "Learn" tab which includes training in "Civil Resistance," a practice aimed at confronting figures in public and is described as "knowing how to confront power and how to protect each other."

Justice Brett Kavanaugh along with the other conservative members of the Supreme Court have been targeted by activists and Democratic leaders for their decision to overturn Roe v. Wade. The court's ruling in Dobbs v. Jackson's Women's Health Organization sent the regulation and legislation of abortion back to indivisual sates.

Kavanaugh was the target of a botched assassination attempt in June and has had prolonged protests outside his home for months.

Republicans have criticized Democratic leadership for encouraging ongoing protests, especially those at homes and in public spaces. While the Supreme Court hasn't officially commented on the Morton's incident they have requested states start cracking down on these illegal protests.