SCOTUS requests that states crack down on protests outside justices’ homes

On June 24, the court officially overturned Roe v. Wade and the protests have not abated, with Curley noting, "since then, protest activity at justices' homes, as well as threatening activity, has only increased." 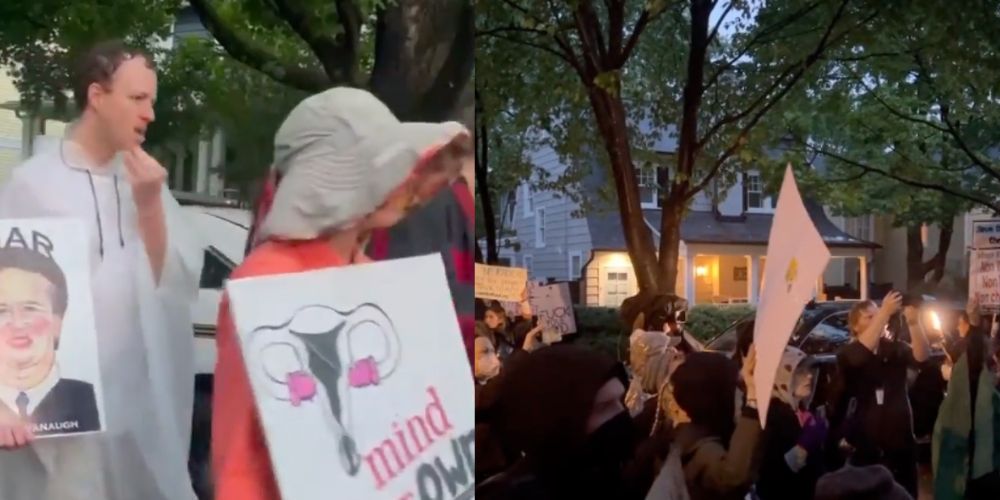 The Supreme Court has asked state and local officials to step in and stop the ongoing picketing and protests that are taking place outside the homes of the justices.

NBC News reported on Saturday that Gail Curley, the marshal for the Supreme Court, wrote to Maryland Governor Larry Hogan, Virginia Governor Glenn Youngkin, and local Washington DC officials asking them all to enforce the laws which prohibit protesting at justices' private residences.

Encouraged by groups like "Jane's Revenge," these demonstrators descended upon the justices' homes with drums, screams, and apoplectic rage. The groups were encouraged by Democratic leadership and escalated into the thwarted assassination attempt on Justice Kavanaugh last month.

On June 24, the court officially overturned Roe v. Wade and the protests have not abated, with Curley noting, "since then, protest activity at justices' homes, as well as threatening activity, has only increased."

Curley said in the letter to Larry Hogan that Maryland law prohibits assembling "in a manner that disrupts a person’s right to tranquility" in their home and a person could spend up to 90 days in jail for that crime.

Curley noted 75 protesters "loudly picketed at one justice’s home in Maryland for 20-30 minutes in the evening, then proceeded to picket at another justice’s home for 30 minutes, where the crowd grew to 100, and finally returned to the first justice’s home to picket for another 20 minutes."

According to Axios, Curley wrote a separate letter to executive of Montgomery County, Maryland, Marc Elrich, and said a county law prohibits picketing "in front of or adjacent to any private residence."

The letters to Governor Glenn Youngkin of Virginia and local chair of the Fairfax County Board of Supervisors, Jeffrey McKay, pressed for Virginia to enforce its laws which prohibit protesting outside private residences.

According to the Code of Virginia: "Any person who shall engage in picketing before or about the residence or dwelling place of any individual, or who shall assemble with another person or persons in a manner which disrupts or threatens to disrupt any individual's right to tranquility in his home, shall be guilty of a Class 3 misdemeanor."