"This decision: illegitimate," Alexandria Ocasio-Cortez yelled into a megaphone an activist was holding. 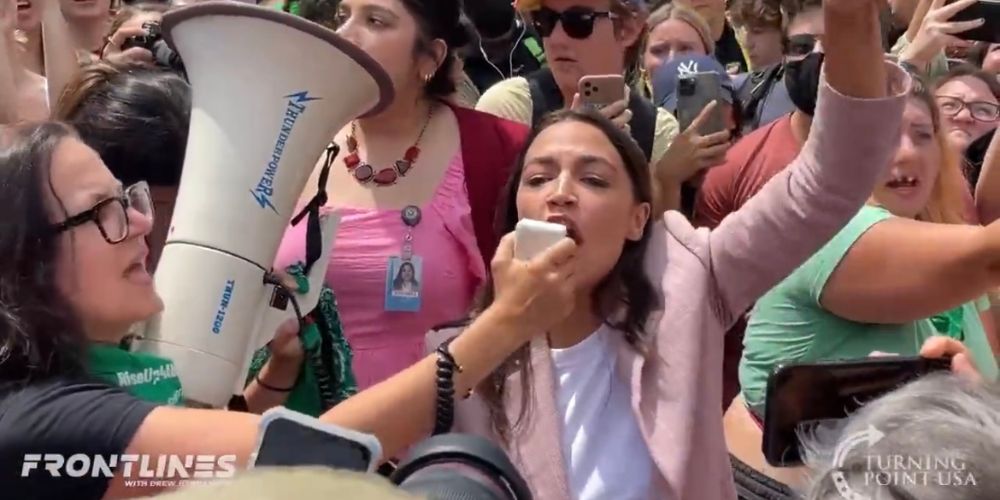 AOC made the claims shortly after the decision was announced on Friday as she immersed herself in a crowd of pro-abortion activists protesting outside the High Court, according to video from Turning Point USA contributor Drew Hernandez.

"This decision: illegitimate," Alexandria Ocasio-Cortez yelled into a megaphone an activist was holding.

Following the declaration that the Supreme Court's decision is "illegitimate," AOC called on activists to take to the streets for mass protests, language that has sparked civil unrest throughout the United States in the past.

"Into the streets," AOC chanted repeatedly outside the High Court, according to video captured by Hernandez.

"I call on everyone, no matter how deeply they care about this decision, to keep all protests peaceful..." President Biden said Friday.

However, the calls for peace come after President Biden and other democratic officials, including House Speaker Nancy Pelosi and Senate Majority Leader Chuck Schumer, encouraged protests outside SCOTUS justices' homes which led to an assassination attempt on Justice Brett Kavanaugh.

In a 6-3 decision, the Supreme Court ruled in the case of Dobbs v. Jackson Women's Health Organization and overturned Roe v Wade, which legalized abortion at the federal level.