International superstar Kanye West released his ninth studio album Jesus Is King Friday, in one of the more interesting career moves the always provocative artist has made since coming out as a Trump supporter last year. 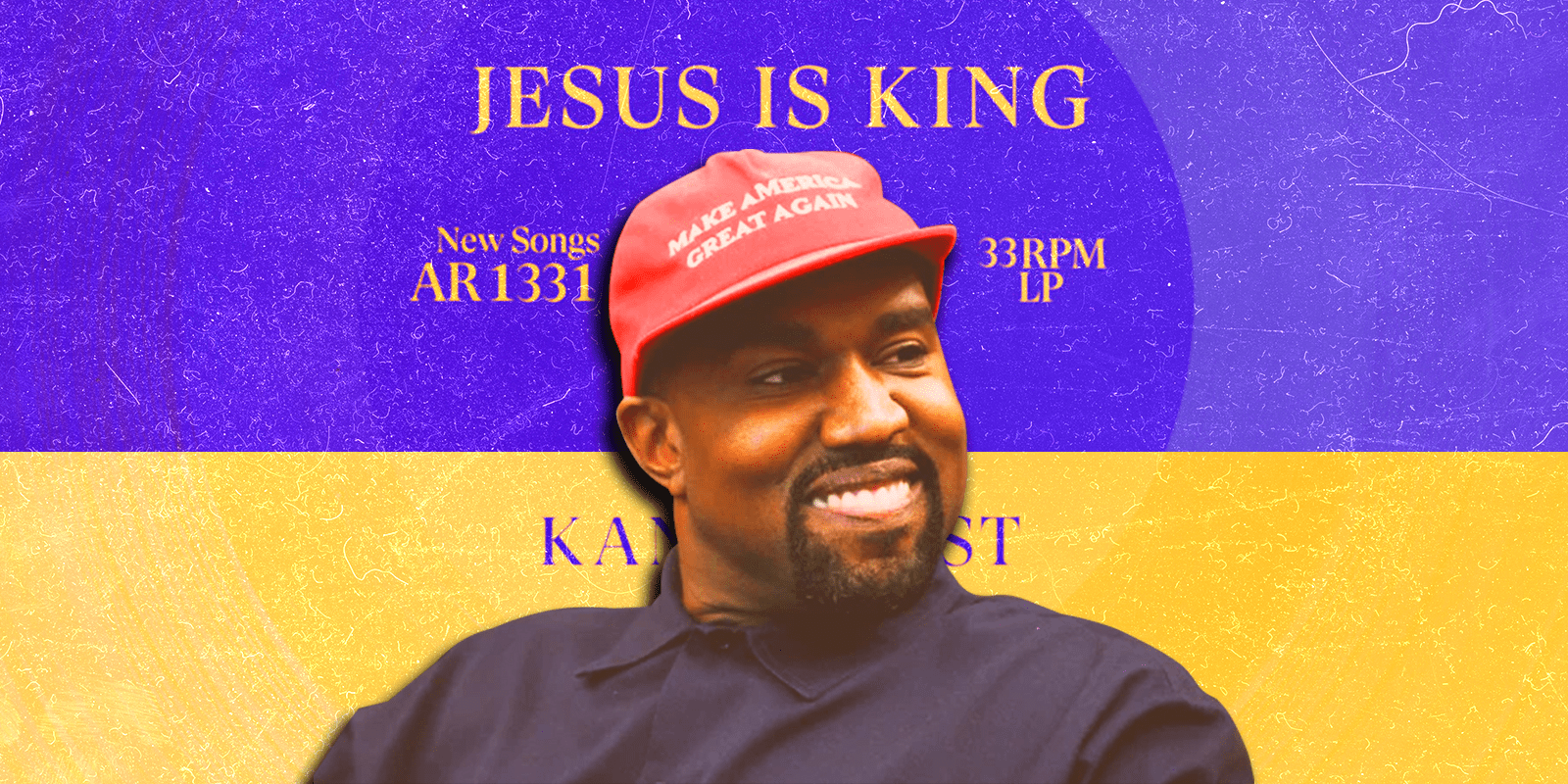 What does it say when an artist whose well-documented career of controversy, publically turns to Christianity?

International superstar Kanye West released his ninth studio album Jesus Is King Friday, in one of the more interesting career moves the always provocative artist has made since coming out as a Trump supporter last year.

The move towards Christianity should not be overly surprising, though. Those familiar with West’s work can point to several instances of the artist’s very public struggle with his own faith, as well as struggles with vices such as sex, pornography, and opioids.

It’s part of the reason why West’s album Jesus Is King seems so sincere. Since early on in his discography, West has written about spiritual struggles and personal growth. Take lines in “Jesus Walks” from his 2004 album The College Dropout for example:

Jesus Is King was released on Oct. 25 to mixed reviews. West’s album releases are generally culturally impactful, always making headlines and reaching the number one spot of trending tabs across social media. Jesus Is King was no exception, except the world didn’t quite know how to react to West’s latest effort that infuses faith into a Godless pop culture.

West held no punches in his efforts of making a gospel album. Following the intro, the opening track, “Selah,” is a theatric gospel epic that is laced with biblical references.

They say the week start on Monday, but the strong start on Sunday.
Won’t be in bondage to any man, John 8:33
We’re the descendants of Abraham, ‘Ye should be made free, John 8:36,
To whom the son set free is free indeed
He saved a wretch like meKanye West, Selah (2019)

West’s shift to a Christian focus is one of several by megastars. Recently, other celebrities such as Selena Gomez and Justin Bieber have taken to Instagram to post heartfelt updates to fans. Bieber’s post went into detail about how he had found meaning in God and family rather than material objects and fame. “Be kind today, be bold today, and love people today, not by your standards but by God’s perfect unfailing love,” wrote Bieber.

The response on social media, though, has been mixed.

Public mockery was to be expected, as a gospel album from West seems incongruous with his previous work and lifestyle. West’s previous lyrics don’t shy away from being vulgar, with some songs going into extreme detail about sexual promiscuity, particularly songs such as “I Love It” featuring Lil’ Pump, and “I’m In It” from his 2013 album Yeezus.

The criticism also went after West’s love life, as he’s married to fashion model and cultural icon Kim Kardashian, who very famously had a sex tape of hers released in 2002.

But that’s exactly why Christianity is such a cornerstone in West’s new lease on life.

The humbling power of Christ has turned West, who just six years ago was releasing songs with titles like “I Am A God,” a song in which West declares himself a God twelve times, to new releases such as “Follow God,” “Use This Gospel,” or “God Is.” And as all Christians will tell you, forgiveness and self-love can have incredible impact on one’s approach to life.

King of Kings, Lord of Lords, all the things He has in store
From the rich to the poor, all are welcome through the door
You won’t ever be the same when you call on Jesus’ name
Listen to the words I’m sayin’, Jesus saved me, now I’m sane Kanye West, God is (2019)

This all supports the idea that West has gone through a personal and spiritual breakthrough. Recent interviews with the hip-hop turned gospel artist show that West’s new persona isn’t any type of facade.

In an interview with BigBoyTV, West speaks about how he has turned his back on the culture which he participated in for so long.

“I have turned my back on the idea of victimization mentality… We’re always pointing at white people, yet we want to spend all of our money on foreign [cars], and luxury, as opposed to going and buying some land. America is for sale, and there’s a lot of barren land,” said the rapper.

“We brainwashed out here, bro. This is a free man talking. Democrats had us voting Democrats for food stamps for years, bro… Guns in the 80s, taking the fathers out the home, Plan B, lowering our votes, making us abort our children. Thou shalt not kill!”

In another interview with New Zealand radio DJ Zane Lowe, West discusses localism, traditional urbanism, and the importance of the church:

“What is the best form of each other? Family. To keep family close. Cities have been designed to create more problems that create more industries… To think of communities where the church is in the centre, then the schools, sustainable gardening, and homes.”

What is encouraging is that West, who is undoubtedly one of the greatest artists of the 21st century, is often ahead of the curb. He’s a trendsetter, a trailblazer, and someone who’s visions often manifest. It can be seen in his music, as albums like 808’s and Heartbreak, My Beautiful Dark Twisted Fantasy and Yeezus were years ahead of their time, with the industry often following suit.

If West’s turn to Christianity is any indicator of where our culture is headed, it’s a welcome change. Lord knows we need more reverence and humility, but surely no one thought the way would be lead by Kanye West.

During A Concert For Hurricane Relief in 2005 in support of Hurricane Katrina, West made headlines after criticizing then-President George Bush, stating that he “doesn’t care about black people” during a commercial read, a moment that President Bush went on to call the “worst moment” of his presidency.

In 2018, West came out in support of President Donald Trump, while also criticizing the black community for their blind allegiance to the Democratic Party, going so far as to say that slavery was a choice.

And what’s the only thing more controversial than being a Trump supporter nowadays? Releasing a gospel album.