Video from Hazard High School, which was recently blasted for its annual "Man Pageant," has surfaced showing a routine from last year, in which a student performs a suggestive routine to a Madonna song. 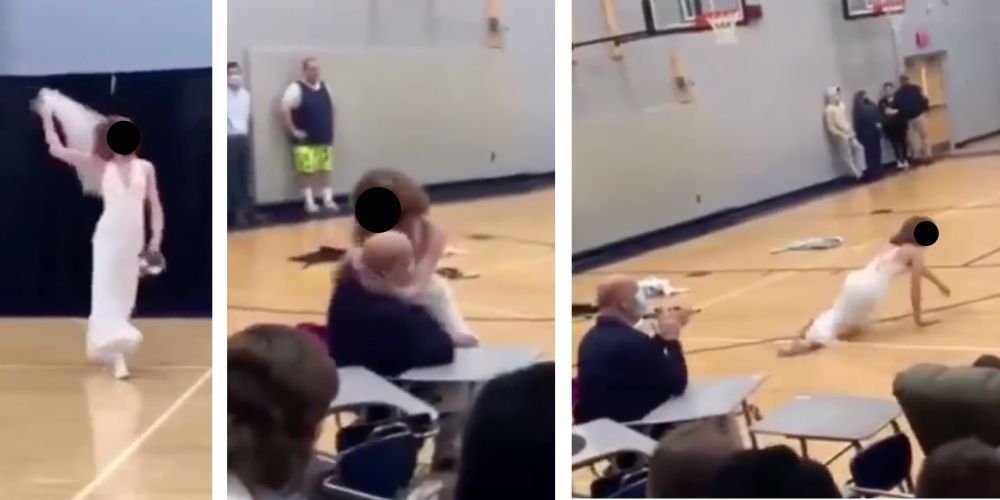 Video from Hazard High School, which was recently blasted for its annual "Man Pageant," has surfaced showing a routine from last year, in which a student performed a 'sexy' dance routine to a Madonna song.

The song starts, and a teenage male student walk across the gymnasium dressed in a woman's wedding attire to Madonna's "Like A Virgin."

Video of the dance routine can be viewed here (Viewer advisory warning).

The student then crawls part of the way across the gym, before strutting and aggressively touching what is believed to be Principle Donald Mobelini's head.

The student aggressively touches two other people in the audience, before rolling around in the gymnasium floor and posing.

Sondra Combs, superintendent of the Hazard Independent School District, issued a statement on the matter, apologizing for "the light hearted event [that] simply got out of hand."

Combs stated that she initiated an investigation into the matter after concerns were raised to her regarding the Facebook post.

"While Homecoming is an annual tradition, there has never been any issued raised prior to this year," Combs stated.

She said that disciplinary action had been taken once the investigation completed, but could not comment specifically due to it being a personnel matter.

She also noted that a "student activity will be developed to review all student led activities, which should prevent such skits from being performed in the future."

"Our district would like to apologize for the activity that has been portrayed in the media and we regret how this unfolded," Combs wrote. "This is not the type of event that typically occurs here at Hazard High School, and we sincerely regret any embarrassment that this has caused our school community."