"I really totally disagree with Mr. Trudeau, we have to protect freedom of expression” 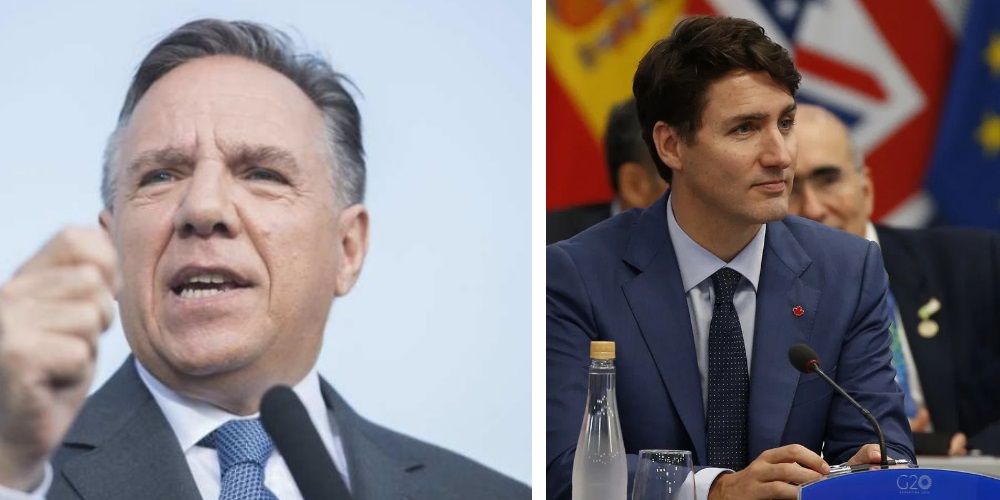 “We cannot accuse people who have made cartoons of justifying violence in this way. I really totally disagree with Mr. Trudeau, we have to protect freedom of expression,” the Premier said in a Monday press conference.

Legault further stated that he agrees more with French President Emmanuel Macron, who has staunchly defended freedom of expression following the brutal murder of Paty.

When asked about the beheading in France, Trudeau responded that "freedom of expression is not without limits." He further compared drawing Muhammad to yelling "fire in a crowded movie theater," referencing a now-overturned US Supreme Court ruling which allowed the US government to imprison political dissidents who spoke against the military draft.

“In a pluralistic, diverse and respectful society like ours, we must be aware of the impact of our words, of our actions on others, particularly these communities and populations who still experience enormous discrimination."

The comments were also criticized by Opposition Leader Erin O'Toole, who said it was "very disturbing" that the Prime Minister refused to stand up for freedom of expression, describing it as "one of the pillars of our democracy."

Bloc Quebecois leader Yves-Francois Blanchet also chimed in, tweeting that the Prime Minister "must correct himself" alongside an article describing Trudeau's remarks as "soft" and "ambiguous." The article also said that Trudeau's comments signal to the world that Canada is an "ideal marina for Islamists."

Muhammad cartoons are considered highly offensive to many Muslims, who believe that drawing the prophet is equivalent to blasphemy.

Despite Trudeau's comment implying that blasphemy against Islam is not covered by freedom of expression, it was in fact his government which repealed the remaining blasphemy laws in Canada in 2018. The law, however, had already gone unenforced for decades.