Lemon squeezed out of primetime slot, moved to mornings in CNN shakeup

It was announced Thursday that Don Lemon will be losing his long-held primetime slot, moving to mornings to host a program that is set to replace the floundering “New Day.” 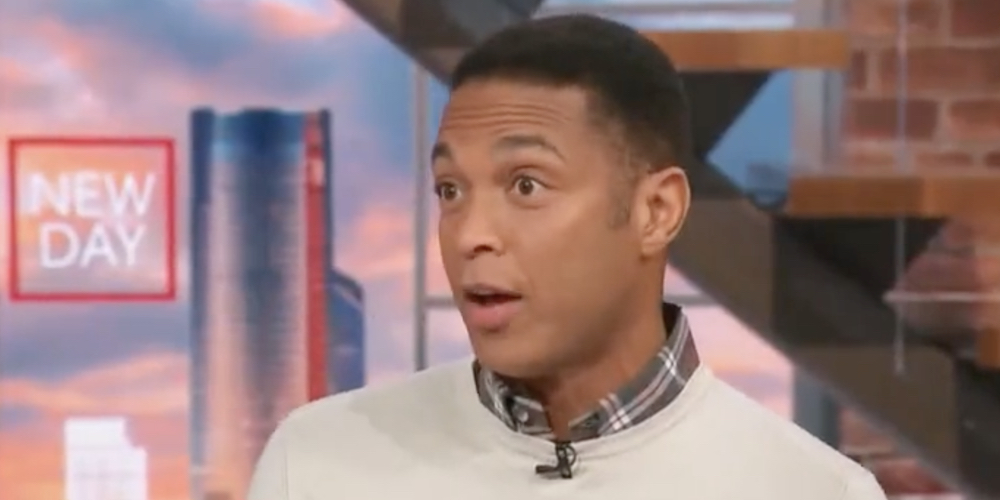 Jarryd Jaeger Vancouver, BC
Sep 15, 2022 minute read
ADVERTISEMENT
ADVERTISEMENT
Since taking over for Jeff Zucker as CEO of CNN, Chris Licht has overseen some significant changes to the network, including the firing of partisan host Brian Stelter.

In the latest shakeup, it was announced Thursday that Don Lemon will be losing his long-held primetime slot, moving to mornings to host a program that is set to replace the floundering “New Day.”

According to FOX News, Lemon will co-host the new morning program alongside Poppy Harlow and Kaitlan Collins.

As for “New Day” hosts John Berman and Brianna Keilar, they are set to remain in their positions until the program is officially nixed, at which point they will be given new roles within the network.

The news of Lemon’s departure from primetime comes after months of low viewership, however, it is a major move considering the anchor’s prominence at CNN.

With Lemon and his neighbor in the TV guide Chris Cuomo gone, CNN's primetime lineup is a blank slate, however, there have not been any hints regarding who might be chosen to fill the void.

“New Day”s fate was sealed earlier this year. Upon becoming CEO, Lichter made it clear that he wanted to see it “reimagined” in the near future, and in August, he committed to "blowing up" the program.

As FOX News reports, the morning show’s viewership was even worse than that of Lemon’s, averaging less than 400,000 viewers in August, making it the 42nd most-watched program in the US. In the show’s nine-year history, it never cracked a monthly average of more than 700,000 viewers.

CNN has long been criticized for being “partisan,” with many of its hosts, past, and present, attacking conservatives and pushing a more left-leaning perspective on the news.

Lichter made it clear that he wanted the network to be "engaging in respectful interviews that don't feel like PR stunts," and "making programming decisions that are focused on nuance, not noise."

In April, Discovery took control of CNN in a massive merger with parent company WarnerMedia. The deal has brought with it changes in leadership and influence seeking to reform the network.

Among them is Discovery board member John Malone, who said he "would like to see CNN evolve back to the kind of journalism that it started with, and actually have journalists, which would be unique and refreshing."
ADVERTISEMENT
ADVERTISEMENT
Lemon