The cost of accommodating one illegal border crosser is about twice as much as Canadian seniors get per year in Old Age Security. 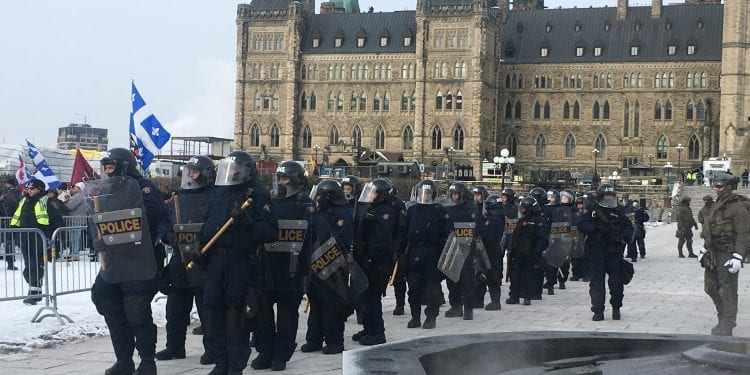 Disclosure: *Ted Falk is a Conservative Member of Parliament representing the Manitoba riding of Provencher.* The Liberals have failed to address the illegal border crossings crisis and Canadians are paying a high price for their failure. Official figures released by the Parliamentary Budget Officer (PBO) last week revealed that the total cost to federal organizations dealing with illegal migrants will be at least $1.1 billion by 2020.

Without intervention from Justin Trudeau to address this crisis – one which he created with his reckless #WelcomeToCanada tweet – more than $1 billion of unbudgeted money will be spent simply to clean up his mess in the years to come. Looking at the numbers in the near-term, the total cost of illegal border crossers for 2017-2018 comes in at around $340 million.  The average cost per migrant is currently more than $14,000 and is expected to rise to over $16,000 in 2019-2020. While these figures are astounding in and of themselves, they still don’t offer a full picture since they exclude costs borne by provincial or municipal governments for things like social assistance and housing.

Instead, they chose to stick their heads in the sand and name-call those who dared to question their government’s handling of the mess.  Despite all the policy tools they have at their disposal, Canadians have yet to see any tangible plan from their government to restore the integrity of our borders and rebuild Canadians’ faith in our immigration and refugee system. But it gets worse.  The Liberal government is also failing genuine refugees proceeding through our refugee system.  In the 2017-2018 fiscal year, the Immigration and Refugee Board (IRB) – the tribunal tasked with determining the validity of refugee claims – had the capacity to hear 24,000 claims. As the PBO report points out, during the same period the IRB saw upwards of 52,000 new asylum claims submitted, 23,215 of which represented illegal migrants.  As of September 2018, a total backlog of 64,929 cases had piled up, including more than 28,000 representing illegal migrants. Such a significant backlog is a huge detriment to genuine refugees who are fleeing violence, persecution, and war since resources are being diverted to address the claims of illegal border crossers. Canadians deserve to know our refugee system is truly helping the most vulnerable.  Unfortunately, Justin Trudeau can’t deliver – and his failure is having real-world consequences.

Under the leadership of Andrew Scheer, our Conservative team is the only party holding Justin Trudeau and the Liberals to account for this failure. But more than that, we’re the only party that has put forward common sense solutions to lower the financial burden on Canadians, regain control of our borders, prioritize refugees from the world’s most dangerous countries, and make sure those who obey the law are treated fairly. We’re ready to fix what the Liberals have broken.