Rasmussen Reports found that 59 percent of US voters support the Freedom Convoy, including 42 percent who "strongly support" it. 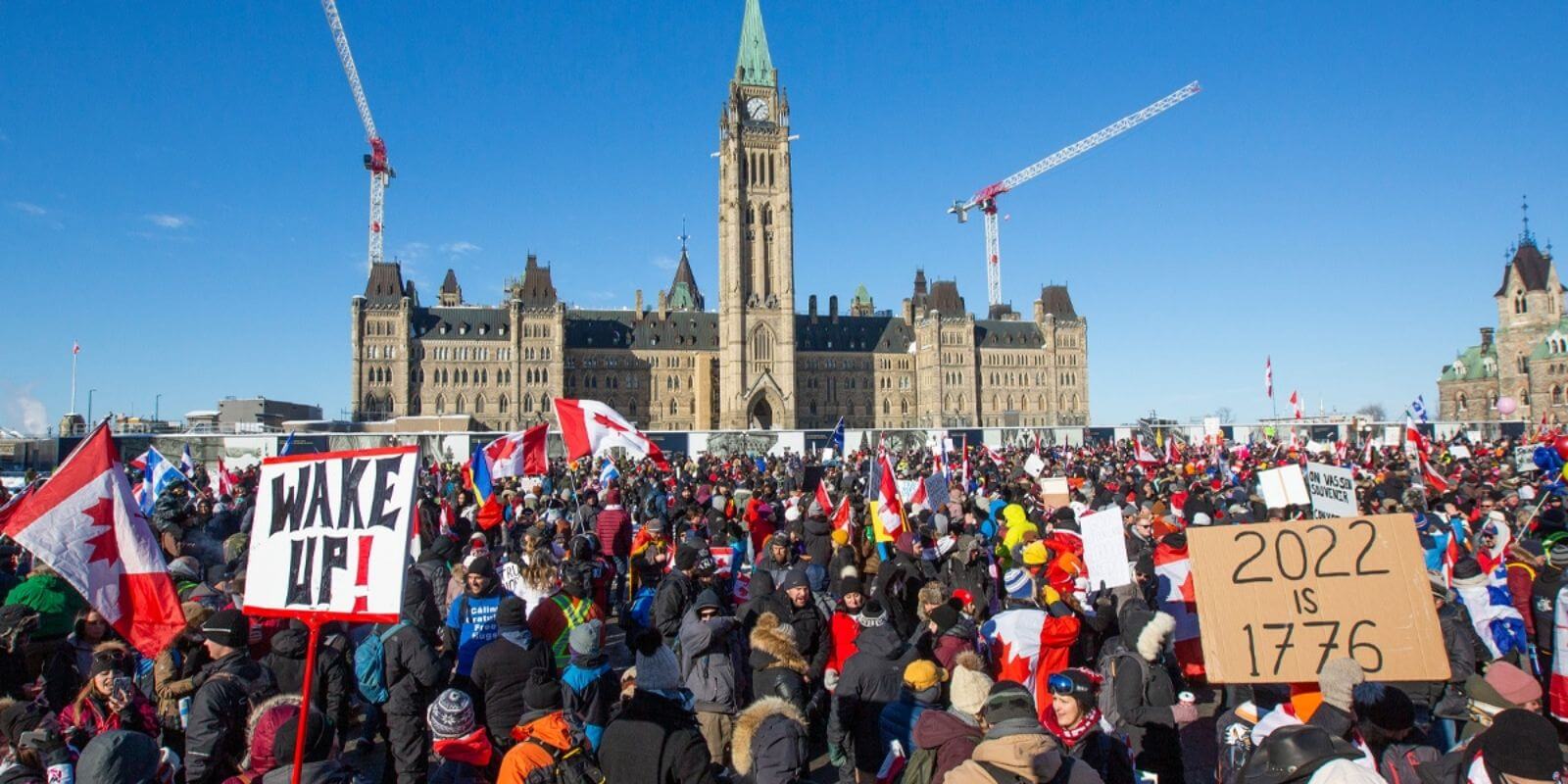 A new poll released by Rasmussen Reports found that a majority of Americans support the Freedom Convoy protesters in Canada and believe that a similar pro-freedom movement south of the border would be "a good idea."

Respondents of the survey were asked if they support or oppose the Canadian trucker protests against the Trudeau government's COVID-19 restrictions.

Rasmussen Reports found that 59 percent of respondents support the Freedom Convoy, including 42 percent who "strongly support" its existence.

On the other end of the spectrum, 33 percent of US voters oppose the trucker protest, including 21 percent who "strongly oppose" the demonstration.

Several figures, such as Sen. Rand Paul, have suggested that American truckers should stage protests like the ones in Canada, as a potential DC-bound convoy is reportedly set to take place. "Would you support or oppose trucker protests against COVID-19 restrictions in the United States?" the poll's participants were asked.

Rasmussen Reports tweeted that among independents, the opinion runs heavily in favor of support for the convoy and Trudeau ending the COVID-19 restrictions.

The national telephone and online survey of 1,000 likely voters survey was conducted from Feb. 13 - 14. The margin of error was plus or minus three percentage points with a 95 percent level of confidence, according to Rasmussen.