A Dutch investigative report has revealed that the 2006 study upon which the entire medical experiment of child sex changes is based was funded by a maker of puberty blockers. 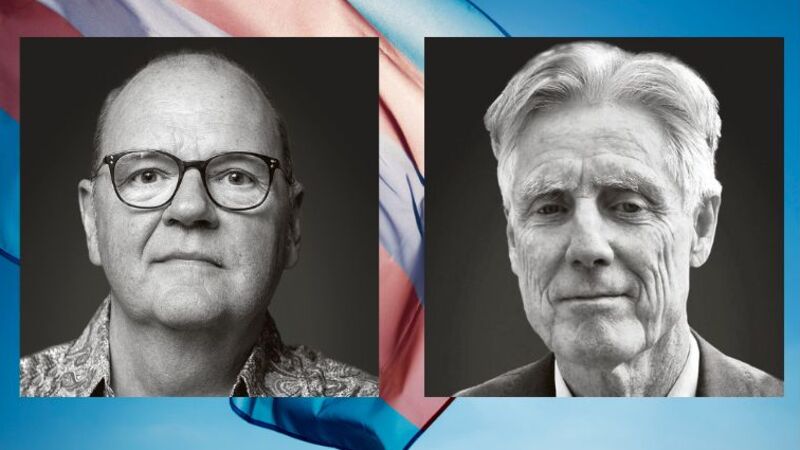 A Dutch investigative report has revealed that the 2006 study upon which the entire medical experiment of child sex changes is based was funded by a maker of puberty blockers.

The NRC article, published on Dec 31, takes aim at the treatment approach known as the "Dutch protocol," which involves blocking the puberty of adolescents who are suffering from gender dysphoria and forms the basis for the "gender-affirming care" model adopted by pediatric gender clinics all over the world.


The Dutch protocol was the result of a deeply flawed 2006 study which it has now been revealed was funded by Ferring pharmaceuticals, the company that markets the drug Triptorelin as a puberty blocker.

But according to investigative journalist Jan Kuitenbrouwer and media sociologist Peter Vasterman, authors of the NRC article, the "scientific underpinnings of the Dutch protocol turn out to be pretty shaky."

The research that is always cited as justification for clinics adopting the "affirmative model of care" and fast-tracking children onto these harmful, experimental drugs consists of one Dutch study, with results published in 2011 and 2014. This research followed 55 children first treated with puberty blockers and then with cross-sex hormones who reported positive results 18 months later.

As stated in the article, this study has been discredited numerous times due to the lack of a control group, the number of participants who were lost to follow-up, the short follow-up period, and certain other key methodological flaws. Stella O’Malley, co-founder of Genspect, recently called the decision not to offer regular follow-ups for this cohort "extraordinary to the point of suspicious."

One of the participants in this landmark study even died from the complications of so-called "gender-affirming" surgery, which led O’Malley to question why this did not put an immediate end to this reckless medical experiment on children.

The NRC report isn’t the first time the connection has been made between Ferring Pharmaceuticals and the infamous 2006 study that unleashed this reckless medical experiment onto the world.

In 2018, Transgender Trend, a group that has been at the forefront of campaigning for evidence-based care in gender clinics, published a blog post revealing that the "Amsterdam clinic was financially supported in its experimental project to block puberty in gender dysphoric adolescents by a pharmaceutical company which stood to make commercial gains from their new protocol."

But this didn't stop the international world of gender medicine from blindly adopting the protocol of puberty suppression, all the while ignoring the obvious health risks of halting a young person’s development at such a crucial stage in their life.

One of the major concerns ignored by "gender-affirming" doctors is the fact that puberty blockers haven’t turned out to be the "pause button" that they were intended to be, but are instead, as Kuitenbrouwer and Vasterman put it, a "self-fulfilling prophecy."

It has long been observed that almost all children who are put on puberty blockers go on to take cross-sex hormones, meaning that the drugs are better thought of as a start switch for further medical transition. In the past, most children would desist and come to accept their birth sex after going through puberty, if not affirmed and put on a medical pathway.

There is additionally the growing list of side effects of these drugs, from impaired bone formation to infertility and loss of sexual function. The FDA also recently added a warning to its label that the drugs can cause a dangerous swelling of the brain. Kuitenbrouwer and Vasterman also note concerns that the treatment can "interfere with the ability to make rational decisions."

When this experiment began, the number of children suffering from gender dysphoria and seeking medical treatment was vanishingly small, and almost all were male children who had experienced extreme gender distress from an early age, but Vasterman and Kuitenbrouwer point to the sudden explosion in the number of children and adolescents seeking care at gender clinics, the majority of whom are teenage girls whose gender dysphoria appeared suddenly at puberty.

Until 2010, Dutch gender clinics saw approximately 60 children a year, whereas in 2022, 1,600 were receiving treatment and a further 1,800 were on the waiting list. Like other countries, this sudden surge occurred around 2013, which coincides precisely with the dawn of the modern trans rights movement and the rise in popularity of smartphones and social media.

Trans activists and proponents of "gender-affirming" care explain this surge as being the result of greater societal acceptance of transgender people, but Kuitenbrouwer and Vasterman, as well as many experts, question why this would have affected only teenage girls, the very demographic known to be most susceptible to social contagions.

They also highlight the sharply rising number of detransitioners as a reason to put the Dutch protocol and "gender-affirming" care under scrutiny, and point to the independent reviews undertaken by Sweden, Finland, and England that caused each nation to pivot away from the affirmative model of care and back to a psychotherapeutic approach to treating these vulnerable young people.
ADVERTISEMENT
ADVERTISEMENT
Dutch journalists