He was not deported because an immigration judge granted him a "withholding of removal" in March of 2019. 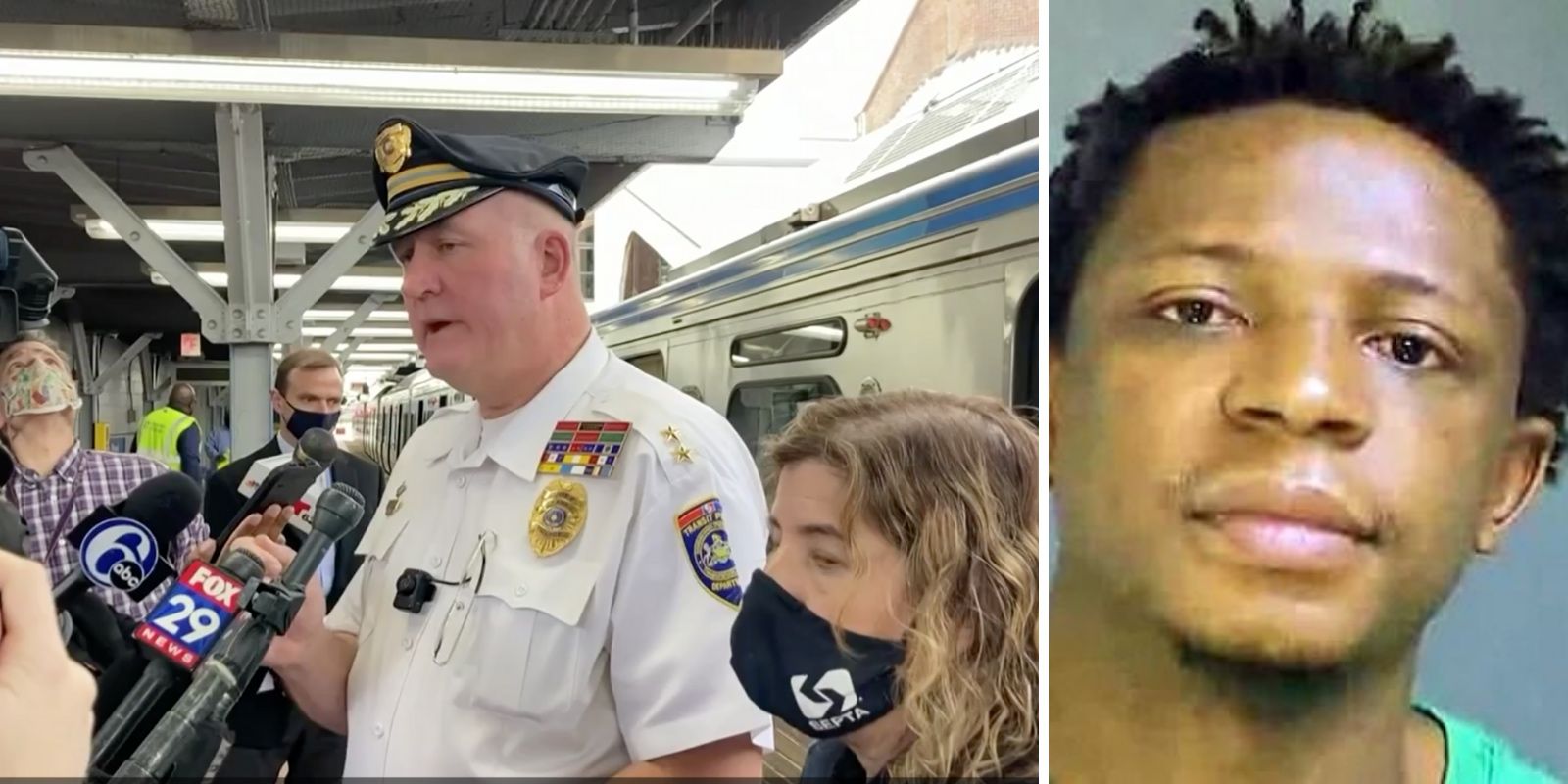 The man accused of raping a woman on a Southeastern Pennsylvania Transportation Authority (SEPTA) train last week has been revealed to be a Congolese immigrant that is in the US illegally.

Bystanders stood by and did nothing but film the horrific crime.

35-year-old Fiston Ngoy was arrested on October 13, and charged with rape and assault. He overstayed a student visa in 2015 and should not have been in the country.

Ngoy entered the US on a student visa in 2012, but remained in the country after his visa was terminated, according to the Daily Mail.

Court records show that Ngoy had been arrested numerous times and has two misdemeanor convictions, one of which is for sexual abuse, the other for one for controlled substances.

Ngoy pleaded guilty to the sex charge in 2017 in Washington, DC and was sentenced to 120 days in jail. He was then placed in immigration detention in January 2018. But he remained in the country.

He was not deported because an immigration judge granted him a "withholding of removal" in March of 2019. This followed an appeals board that would rule that his sex crime was not a "serious crime" that would make in eligible for deportation.

Ngoy has only been required to check in with Immigration and Customs Enforcement periodically since then under an order of supervision.

On October 13, just after 9 pm, a woman was allegedly raped by Ngoy on a SEPTA train, while bystanders did nothing but film the ghastly encounter.

"As many as 10 people actually saw some part of the attack on this rider," SEPTA Transit Police Chief Thomas Nestel III said on Philadelphia radio station WPHT.

"We were watching to see if somebody put a phone up to their ear indicating they might be calling 911. Instead, what we saw was people holding their phone up as if they were recording or taking pictures," Nestel said, in regards to the police review of surveillance footage.

"It may have been stopped sooner if a rider called 911," SEPTA spokesman John Golden said in a statement.

Ngoy claimed that he recognized the woman leading up to the attack and went over to speak to her, according to the affidavit of probable cause for his arrest, obtained by The Philadelphia Inquirer.

But she said that she had never seen Ngoy before he sat next to her.

The woman repeatedly attempted to push Ngoy away as he touched her. At one point he grabbed her breast.

"Throughout this time, the victim is obviously struggling with keeping him off of her," investigators wrote in the affidavit.

"It's disturbing that there were definitely people on the L, and no one intervened or did anything to help this woman out," Upper Darby Police Superintendent Timothy Bernhardt told NBC 10.

Passengers in the train car did not intervene, instead grabbed their smartphones to film the attack.

"I have no words for it. I just can't imagine seeing what you were seeing through your own eyes and seeing what this woman was going through that no one would step in and help her," Bernhardt continued.