Marine Battalion Commander Lt. Col. Stuart Scheller was arrested on Monday and sent to the brig after publicly criticizing military leadership over the United States' withdrawal from Afghanistan. 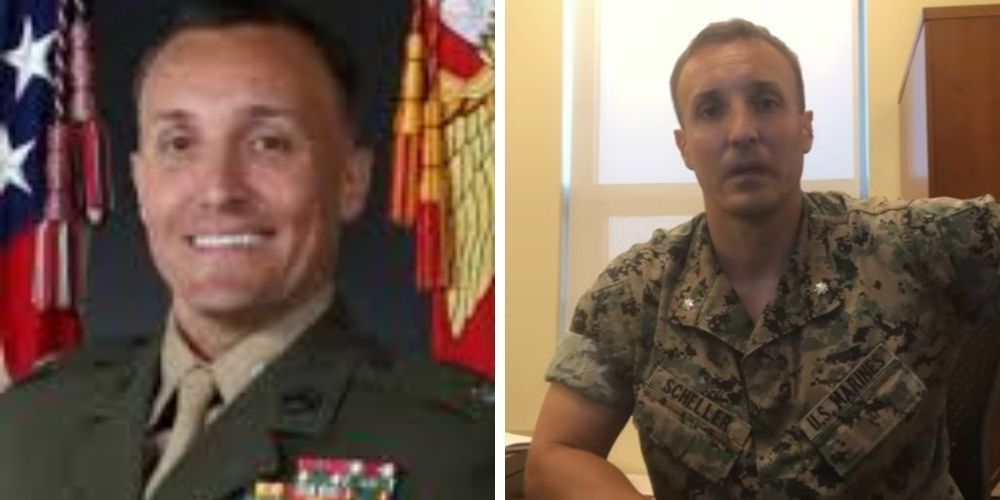 Marine Battalion Commander Lt. Col. Stuart Scheller was arrested on Monday and sent to the brig after initially being placed on leave for publicly criticizing military leadership over the United States' disastrous withdrawal from Afghanistan that left 13 service members dead and 15 critically wounded.

According to a spokesperson for Training and Education Command, Scheller is "currently in pre-trial confinement," Fox News reports.

"The time, date, and location of the proceedings have not been determined. Lt. Col. Scheller will be afforded all due process," the statement continued.

Lt. Col. Scheller's father advocated in favor of his son and insisted that Scheller was only asking for generals to be held accountable for their obvious failures.

"He's asking for the same accountability that is expected of him and his men," Scheller's father said, according to FoX News.

"I've had Vietnam veterans contacting me applauding him for his courage because they too want to know: Was it all worth it?" he continued. "And by demanding accountability and honesty from his senior leaders, that's all he was asking. And the way the Marine Corps has dealt with it: They have now put him in jail."

"I want to say this very strongly," Scheller said at the time. "I have been fighting for 17 years. I am willing to throw it all away to say to my senior leaders: I demand accountability."

"I'm not saying we've got to be in Afghanistan forever," Scheller added. "But I am saying, did any of you throw your rank on the table and say, 'Hey, it's a bad idea to evacuate Bagram Airfield, a strategic airbase, before we evacuate everyone'? Did anyone do that? And when you didn't think to do that, did anyone raise their hand and say, 'We completely messed this up'?"

"I thought through, if I post this video, what might happen to me — especially if the video picks up traction, if I have the courage to post it," he said. "But I think what you believe in can only be defined by what you're willing to risk. If I'm willing to risk my current battalion seat, my retirement, my family's stability to say some of the things I want to say, I think it gives me some moral high ground to demand the same honesty, integrity, and accountability from my senior leaders."