"Her primary commitment must be to the constitution, not progressivism. For those reasons, I am certainly going to vote no for Judge Jackson," Blackburn said. 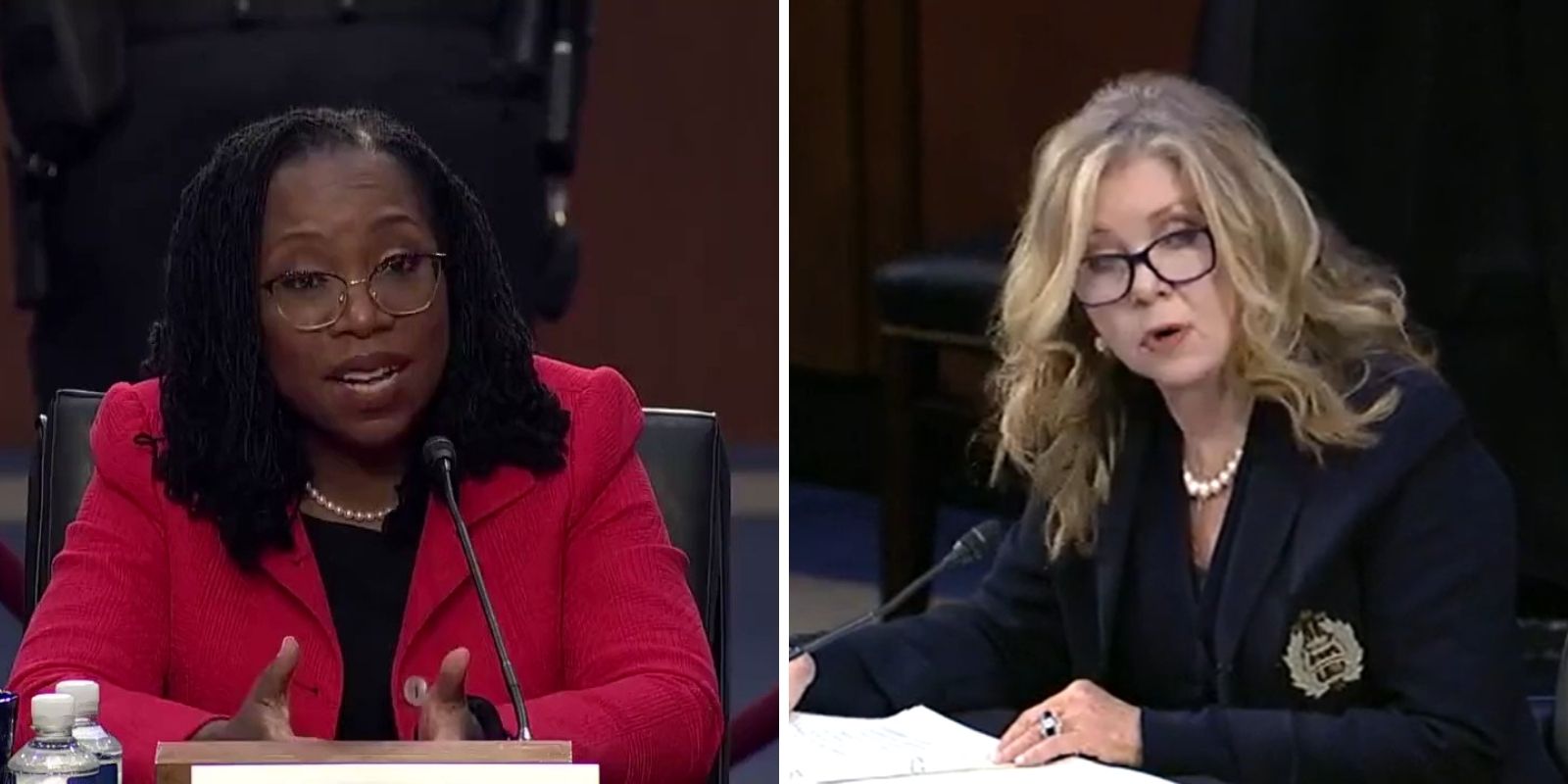 Sen. Marsha Blackburn said on Monday that she would not be voting to confirm Biden Supreme Court nominee Ketanji Brown Jackson, due to the judge's commitment to "progressivism" over the constitution and her inability to define the word "woman."

Blackburn expressed joy for having been able to meet Jackson and her family and praised her "impressive resume," but said that she had concerns and disagreements that lie in how she has addressed child pornography, sentencing practices, release policies, work with terrorists, work with agencies and overreach, her immigration policies, and her views on biology.

"I did ask her about the United States v. Virginia case, which was the Supreme Court's landmark women's rights case.

Blackburn said that, while she's not an attorney, she understands from others that the case was one that "anyone in first-year law school, would be familiar with," pointing out that Jackson said that she was not familiar with the case. Blackburn highlighted an exchange where she asked Jackson if she agreed with Justice Ginsburg on whether or not men and women have "enduring" differences.

Judge Ginsburg wrote that the physical differences "between men and women … are enduring," and, quoted Ballard v. United States, added, "the two sexes are not fungible."

"She refused to answer," said Blackburn, who then asked her to "define the word woman."

On the second day of the Biden's SCOTUS nominee's confirmation hearings. Blackburn asked Jackson about the definition for the word "woman," to which Jackson gave no answer, saying she's "not a biologist."

"Senator, in my work as a judge, what I do is I address disputes. If there's a dispute about a definition, people make arguments and I look at the law and I decide, so I'm not—" Jackson said.

Blackburn said on Monday that "it wasn't a trick question, it's something that everybody learned in grade school science class."

The fact that she couldn't or wouldn't answer, Blackburn says, "speaks volumes."

"It tells me that Judge Jackson is beholden to the radical left that is teaching our children that they can choose their own sex."

Blackburn said that Jackson was committed to "woke, progressive ideology" more so than to common sense "and the rule of law."

"It tells me that she will not be able to decide within partiality the cases that are sure to come before her as a supreme court justice."

Blackburn said that Judge Jackson's record will "interpret the constitution through the lenses of progressive ideology."

"Her refusal to define the simple word 'woman' is only one example of many," she said.

Blackburn said that another was her tendency to make "excuses" for "societies worst offenders," saying that she has "ensured that offenders receive some of the lightest sentences possible."

"She serves on the board of a K-12 school that teaches kindergarteners that they can choose their own sex, and teaches them about so-called 'white privilege.'"

"Her primary commitment must be to the constitution, not progressivism. For those reasons, I am certainly going to vote no for Judge Jackson," Blackburn said.