"Do you believe the voice of the children is heard when 100 percent of the time your sentencing those in possession of child pornography to far below with [what] prosecutors [were] asking for?" Cruz asked. 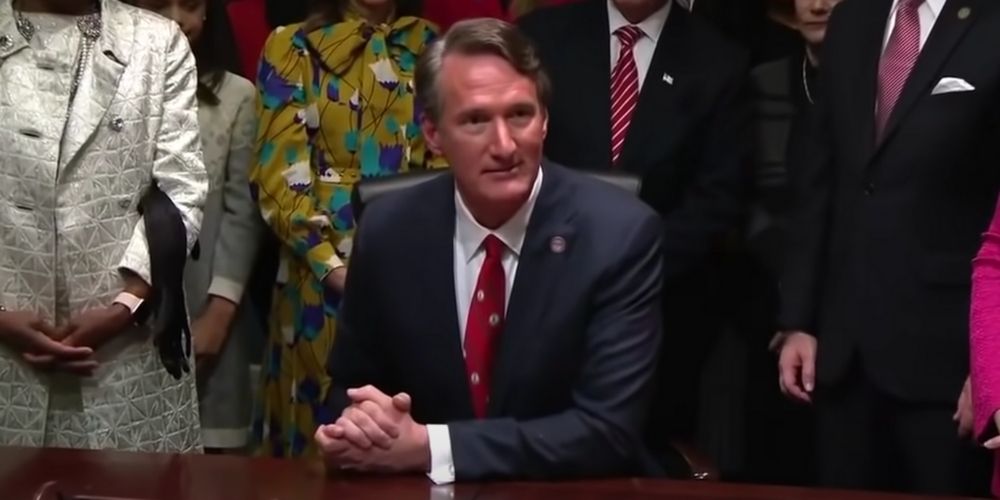 On the second day of Biden-nominated Judge Ketanji Brown Jackson's Senate confirmation hearings, Sen. Ted Cruz (R-TX) grilled the SCOTUS nominee Tuesday on her judiciary record related to child pornography cases where she imposed sentences below federal guidelines and what prosecutors were requesting.

Cruz displayed a table of Jackson's light sentencing of child pornography offenders, outlining the federal cases, the government's recommendations, the sentencing guidelines, and the sentences imposed at the time. "Let's look at what the prosecutors are asking for," Cruz prefaced the case-by-base analysis.

"And I would note that this is in the District of Columbia where prosecutors are far more liberal than many of the prosecutors in this country," Cruz explained.

In United States vs. Hess, there was a mandatory statutory minimum of 60 months. "And you imposed 60 months because you had no discretion," Cruz told Jackson. The Pennsylvania man convicted of distributing child pornography was sentenced in September 2017 to five years in prison, plus 10 years of supervised release, and mandatory registration as a sex offender for 15 following years.

In United States vs. Nickerson, there was a mutual agreement of the parties to 220 months. "And that's what you imposed," Cruz said to Jackson. The Maryland man was sentenced in August 2013 to a 10-year prison term on charges of traveling interstate to engage in illicit sexual conduct with a minor and possession of child pornography. Nickerson's guilty plea agreement, which was contingent upon the court's approval, called for the 10-year sentence. Jackson approved the plea and Nickerson was subject to 10-plus years of supervised release and registration as a sex offender for a minimum of 25 years upon release from federal prison.

In United States vs. Cooper, the prosecutor asked for 72 months. Jackson imposed 60 months. That was a 17 percent reduction, Cruz cited. Sen. Josh Hawley (R-MO) said the convict had over 600 images and videos with many posted on a public blog. The guidelines called for a sentence of 151-188 months, while Jackson "settled" in 2021 on "the lowest possible sentence allowed by law," he said.

In United States vs. Downs. The prosecutor asked for 70 months. Jackson imposed 60 months, a 14 percent reduction, Cruz calculated at Tuesday's hearing. Jackson's decision is "the lowest sentence allowed by law," Hawley stressed. Meanwhile, the guidelines recommended 70 to 87 months. According to Hawley's lengthy Twitter thread, the perpetrator posted multiple images to an anonymous instant messaging app, including an image of a child under five-years-old.

In United States vs. Hawkins, the prosecutor asked for 24 months. Jackson imposed three months, an 88 percent reduction, per Cruz. The sentencing guidelines called for a sentence of up to 10 years while Jackson decided on mere months, Hawley highlighted on Twitter ahead of the Senate confirmation hearings.

"Every single case, 100 percent of them, when prosecutors came before you with child pornography cases, you sentenced the defenders to substantially below— not just the guidelines, which are way higher—but what the prosecutor asked for on average of these cases: 47.2 percent less," Cruz, sitting next to the chart, told Jackson. "Now you said you made sure the voice of the children was heard."

"Do you believe the voice of the children is heard when 100 percent of the time your sentencing those in possession of child pornography to far below with [what] prosecutors [were] asking for?" Cruz questioned Jackson before the committee.

Jackson answered: "Yes, senator. I do." The Biden administration's Supreme Court pick said at the hearing that the chart did not include all the factors judges are given by Congress to consider, including the recommendation of probation offices.

To which, Cruz said, "We don't have those provisions," but "would welcome them."

"Senator, the evidence in these cases are egregious. Evidence in these cases are among the worst that I have seen and yet, as Congress directs, judges don't just calculate the guidelines to stop. Judges have to take into account the personal circumstances of the defendant because that's a requirement of Congress," she said when Cruz asked if the evidence was less than the prosecutors asked for.

Jackson's defenders have claimed that critics are displaying "textbook racism" towards Biden's nominee and "trying to get her killed" by inciting public outcry.

Cruz declared Monday that the SCOTUS nomination and confirmation process should not be about race as Democrats continue to shield Jackson, who fulfilled Biden's promise to nominate a black woman to the Supreme Court, from criticism that examines her history as a judge and qualifications for the esteemed position.

During the back-and-forth exchange, Cruz touched upon critical race theory and how it originated at his and Jackson's mutual alma mater Harvard Law School.

When asked by Cruz what she believes it is, Jackson said: "Senator, my understanding is that critical race theory is—it is an academic theory that is about the ways in which race interacts with various institutions. It doesn't come up in my work as a judge. It's never something that I've studied or relied on and it wouldn't be something I've studied or relied on if I was on the Supreme Court."