"Everywhere I go, I’m confronted by the same question. 'What’s going on in Chicago?' There is a general sense out there that our city is in crisis," McDonald's CEO Chris Kempczinski said. 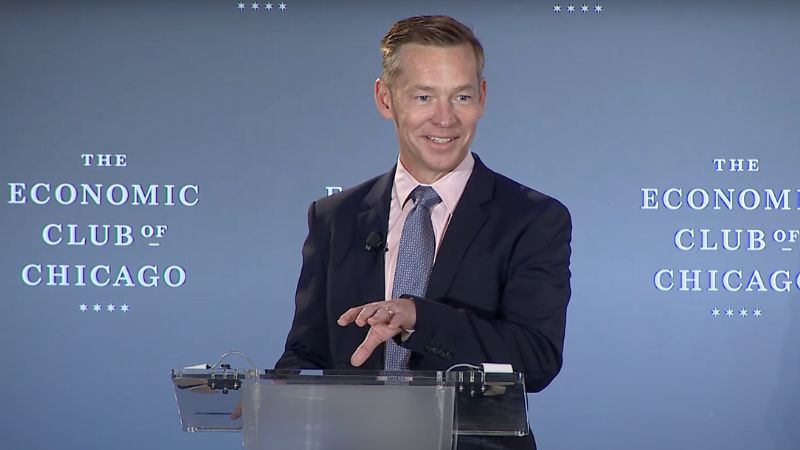 Joshua Young Youngsville North Carolina
Sep 19, 2022 minute read
ADVERTISEMENT
ADVERTISEMENT
McDonald's CEO Chris Kempczinski was speaking to other business leaders at the Economic Club of Chicago on Wednesday and expressed concern over the Windy City's dramatic increase in violent crime and its effect on quality of life.

According to the Wall Street Journal, Kempczinski, a Chicago resident, said, "Everywhere I go, I’m confronted by the same question. 'What’s going on in Chicago?' There is a general sense out there that our city is in crisis."

McDonald's business employees are scared to return to the office because of the uptick in violent crime in Chicago, according to Kempczinski. The CEO also claimed the company was having trouble hiring new employees because of worries over their potential quality of life.

CBS News reports that Kempczinski said, "The truth is, it's more difficult today for me to convince a promising McDonald's executive to relocate to Chicago from one of our other offices than it was just a few years ago."

In Chicago robberies are up 18 percent, burglaries up 28 percent, thefts up 65 percent, and car theft is up 66 percent. Murder's are at 479 for the year, currently 15 percent fewer than last year but significantly higher, at 33 percent, to 2019.

"It's more difficult for me to recruit a new employee to McDonald's, to join us in Chicago, than it was in the past," Kempczinski said while noting that many of the potential workers were especially worried about riding public transportation.

According to the New York Post, the CEO announced they were building a new innovation center in the West Loop section of Chicago near the company's headquarters, which he said would not be moving out of Chicago.

While the headquarters is staying in Chicago despite the city's historic crime, they have closed locations due to worries of violence. In March they closed a flagship location in Seattle "Out of concern for the safety of our employees and customers."

McDonald's left its original downtown Chicago home in 1971 and moved to the suburb of Oak Brook, 30 minutes from the city center. The company then moved back in 2018 to downtown with a new $250 million headquarters.

As the Post reports, "the company generated some $2 billion for the economy of Cook County, the second-most populous county in the US, which encompasses Chicago as well as Evanston, Elgin and Arlington Heights."

Three booming businesses, Citadel, Caterpillar, and Boeing, have all moved their headquarters out of Chicago as crime soars. Kempczinski encouraged public officials to address the crime or risk more companies leaving.

"We see every single day in our restaurants what’s happening at society at large," Kempczinski said. "It’s not going to be something that McDonald’s can solve on its own. We need to be able to do it with the public sector as well."