In one instance 4 men shot 45 rounds at a 15-year-old boy, striking him twice, and leaving him in critical condition. 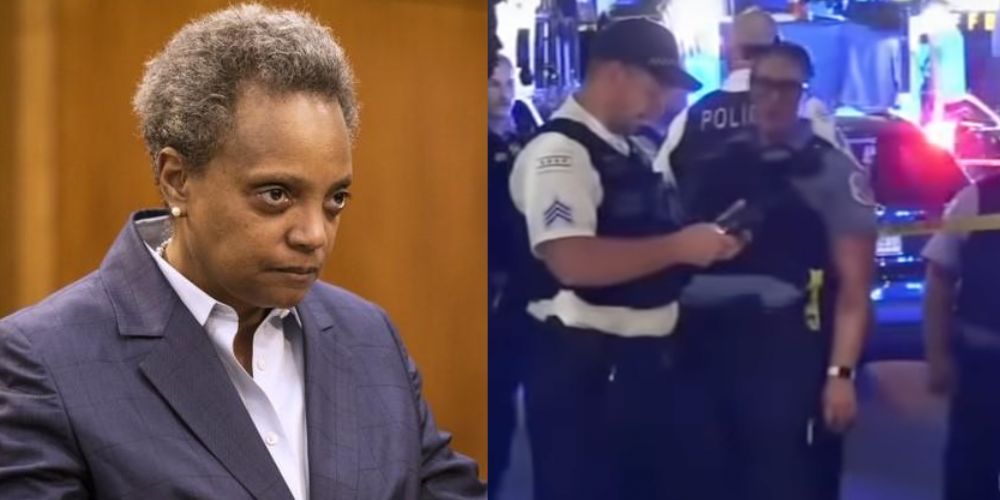 Mayor Lori Lightfoot's Chicago is gearing up for another weekend of violent crime as over 40 people have been shot and 6 killed so far over the Labor Day weekend.

According to NBC Chicago, the weekend kicked off with four men approaching a 15-year-old and then blasting 45 rounds at the boy with at least two striking the teen in the back. His condition is currently listed as critical. This happened at the 7900 block of South Crandon around midnight.

According WTTW, 448 people total have been murdered in Chicago in 2022 and 2,352 people have been shot. The numbers are slightly down from 2021, but are still significantly higher than before 2020 and homicide is up 35 percent since 2019.

Around 6:30 pm on Friday at the 4400 block of West Jackson, a 24-year-old man was standing on the sidewalk when two cars approached and began firing, riddling him with bullets. He died at the scene.

Several other shootings happened Friday, including two that were fatal.

On Saturday, a 28-year-old man got into an argument at a gas station with another man, who pulled out a firearm and gunned his verbal opponent down. The 28-year-old was shot in the chest and arm and died at a nearby hospital. This occurred around 3:50 pm near the 700 block of East 103rd Street.

A little before 2 am on Saturday at the 3400 block of North Clark, another argument led to a shooting. Two men got into an argument while walking on the sidewalk when one pulled out a weapon and shot the other in the thigh.

Several other shootings occurred throughout Saturday into Sunday morning.

Chicago has seen a dramatic rise in violent crime since 2020. The already crime ridden city experienced a 100 percent increase of fatal shootings between 2020 and 2021, to which Lori Lightfoot pushed for more public housing and holistic services as the solution. In 2021 more children died of gunshots than Covid.