In a majority of these instances, Chicago police officers have yet to take any suspects into custody. 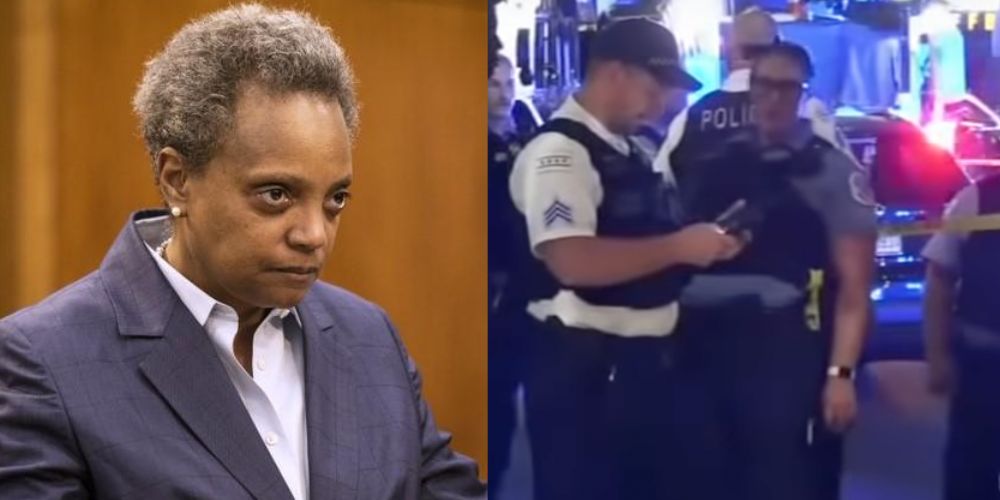 At least 35 people have been shot, with five people being killed in Chicago over Fourth of July holiday weekend so far. Last weekend 24 people were shot, five fatally, while Mayor Lori Lightfoot gleefully proclaimed, "f*ck Clarence Thomas" at a Pride event.

According to ABC 7, most of the violence occurred during a particularly brutal 8 hour period that began on Saturday night and lasted through early Sunday morning. A total of 16 people were shot in that window for an average of two Chicagoans shot per hour.

During the dense shootings over the weekend, several victims were shot during a early morning backyard hangout on Sunday. An unidentified assailant started firing into the crowd leaving a man dead at the scene, and the two women hospitalized.

Another man was shot at around 5:30 am on Sunday because he confronted a criminal who was breaking into his car. He tried to stop the man before being shot multiple times. The man is alive but remains in serious condition.

Hours earlier, a man was shot during a road rage incident stemming from a traffic accident. After a fender bender two men got into an argument, where the man who struck the other vehicle pulled out a gun, and shot the other. The victim is alive and in fair condition.

On Saturday morning, a 90-year-old man was discovered with a gunshot wound to the abdomen. He is currently in the hospital and remains in serious condition.

Across the rainfall of bullets one stray shot grazed a pedestrian in the head in the exact same area of Chicago's Chinatown that saw a fatal shooting hours earlier. The man is in good condition.

In a majority of these instances, Chicago police officers have yet to take any suspects into custody. These acts of violence represent just a fraction of the violence that has occurred in Chicago since Friday.

Chicago city violence has been on an unprecedented rise over the past two years. Spurred by the BLM race riots during the summer of 2020 and subsequent Leftist calls to "defund the police" Chicago descended into fierce anarchy. The already crime ridden city experienced a 100 percent increase of fatal shootings between 2020 and 2021. Instead of dealing with the crime itself Mayor Lori Lightfoot pushed for more public housing and holistic services.