In addition to overseeing the autopsy of notorious pedophile and disgraced financier Jeffrey Epstein, Sampson oversaw the autopsies of Eric Garner and Joan Rivers. 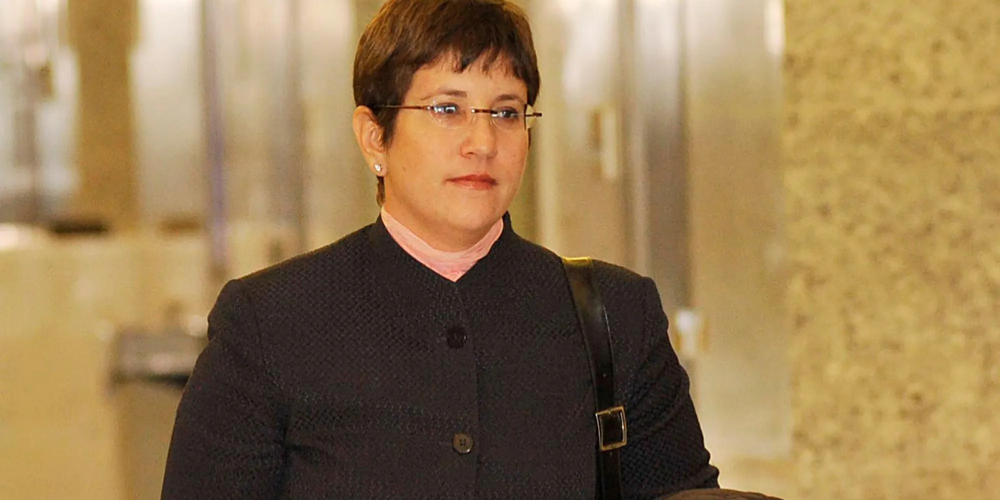 New York City's chief medical examiner, Dr. Barbara Sampson, who oversaw the controversial autopsy of Jeffrey Epstein, announced her resignation on Monday for a job in the private sector, according to ABC News.

Dr. Sampson, the first woman to serve as NYC's chief medical examiner, held her post as chief for 9 of the 23 years she was with the agency.

In addition to overseeing the autopsy of notorious pedophile and disgraced financier Jeffrey Epstein, Sampson oversaw the autopsies of Eric Garner and Joan Rivers, two other controversial high-profile cases.

Sampson told ABC News that her job as a medical examiner throughout the COVID-19 pandemic was grueling but did not specify as to whether or not it added to her departure.

"We were so overwhelmed with the number of fatalities here in the city that we needed every OCME employee to be part of our COVID response," Sampson told ABC News.

Dr. Sampson's resignation came the same day the trial for Ghislaine Maxwell kicked-off in Manhattan. Maxwell is accused of being the accomplice to Jeffrey Epstein in his alleged international sex trafficking ring, and has been charged with four counts of enticing minors and two counts of sex trafficking.

The coroner's office ruled that Epstein died by suicide after he allegedly hung himself in his cell with a bedsheet on Aug. 10, 2019. Epstein's cause of death became controversial after it was revealed that he suffered a break to the "hyoid" bone. This bone can break for those who hang themselves but, it is more common in cases of homicide by strangulation.

In addition, officers at the Metropolitan Correctional Center broke protocol and failed to properly monitor him. Epstein was not checked on by his correctional officers for "several hours" before he died, and was also removed from suicide watch weeks before. The correctional facility's cameras were also allegedly "not working" at the time of Epstein's death.

On her guiding principles, Sampson told ABC News, "Keep with the truth and what is based in science and in medicine you can't go too far astray."