Lucas Alan Dietsche was required to register with the Wisconsin sex offender registry in 2006, for the offense of "Use of a Computer to Facilitate a Child Sex Crime." 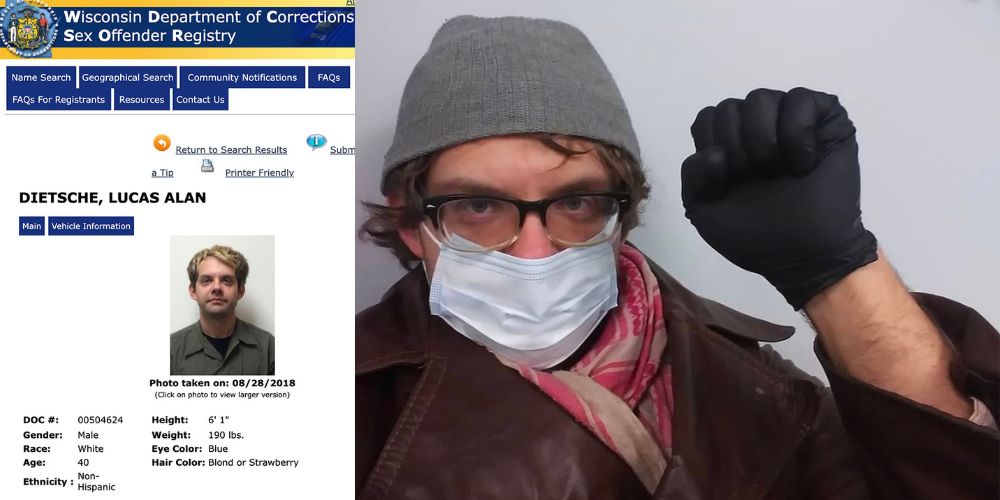 On Tuesday, it was revealed by The Post Millennial’s editor-at-large Andy Ngo that a leader of the group Save the Kids previously served time in prison in connection to a child sex crime.

Lucas Alan Dietsche was required to register with the Wisconsin sex offender registry in 2006, for the offense of "Use of a Computer to Facilitate a Child Sex Crime." His time required on the registry goes through 2030.

In 2006, Dietsche had been charged with "Use of a Computer to Facilitate a Child Sex Crime," as well as attempted child enticement for sexual conduct, and a attempted 2nd degree sexual assault of a child, though the latter two charges were dropped by the prosecution in 2006.

Dietsche, who served two years on the first charge, is the National Director of Transformative Justice with Save the Kids from Incarceration, a group that looks to end "the school to prison pipeline."

In his biography on the site, it states that he received a "master’s in criminal justice from University of Wisconsin-Platteville," and is a "professor of prison education." His LinkedIn account states that he is an adjunct professor at Adams State University.

His LinkedIn account also states that he goes by the pronouns "he/him/Comrade."

According to Ngo, Dietsche is also a leader of John Brown Brigade of Mankato, an antifa group in southern Minnesota.

The group had recently advertised a children’s story hour in honor of Juneteenth, which as coupled with a supply drive. The event was put on by Our Voices, a youth organization aimed at empowering "black and brown communities to reach their goals and continue to pull one another up.