With the help of her mother and a hired "deprogrammer," Annabella Rockwell was saved after becoming "totally indoctrinated" into believing she had been oppressed by the "patriarchy." 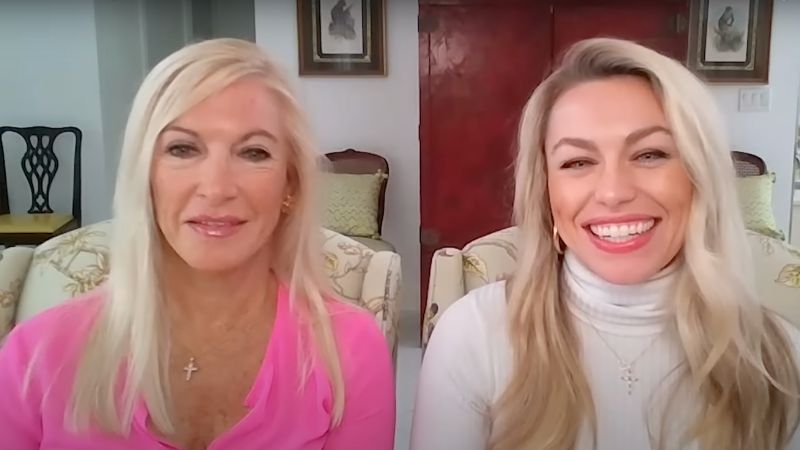 Olivia Rondeau
Jan 7, 2023 minute read
ADVERTISEMENT
ADVERTISEMENT
Mount Holyoke College, a private women's liberal arts school in Massachusetts, is the reason why Annabella Rockwell says she felt depressed, developed a drinking problem, and became estranged from her mother. After graduating in 2015, the raging-leftist-turned-conservative-activist had to be "deprogrammed" from left-wing ideology in order to get back to her normal self.

Rockwell's mother was at the end of her rope when she decided to hire her daughter's tennis coach for $300 a day to un-do the indoctrination that turned her "bright-eyed and bushy-tailed" daughter into an "extinguished" light.

While the young woman had grown up with "traditional," she was open-minded enough to participate in the feminist, man-bashing, and heavy drinking culture of the all-female college.

"I was so excited about going to this renowned, respected school in Massachusetts," Rockwell said to The New York Post. "I literally arrived there bright-eyed and bushy-tailed, I was just so happy."

However, she recalled how she became "totally indoctrinated" into believing she had been oppressed by the "patriarchy" and needed to defy gender roles.

"This professor tells me about the patriarchy," the disgruntled former student said of her junior year Gender Studies course. "I barely knew what the word meant. I didn't know what she was talking about. I wasn't someone that into feminism. I just knew that I felt I had always been free to do what I wanted. I never experienced sexism. But I was told there's the patriarchy and you don't even understand it's been working against you your whole life. You've been oppressed and you didn't even know it. Now you have to fight it. And I just went down this deep rabbit hole."

By the time she graduated from the $60,000/year school, Rockwell was "brainwashed" into being a depressed left-wing activist, she said.

"I left school very anxious, very nervous, very depressed and sad," she said. "I saw everything through the lens of oppression and bias and victimhood. I came to the school as someone who saw everyone equally. I left looking for injustice wherever I could and automatically assuming that all white men were sexist. My thoughts were no longer my own."

Rockwell even went to work on Hillary Clinton's 2016 presidential campaign and several other left-leaning political causes.

She continued on to describe how her alcoholic habits picked up from college caused her to turn on her mother, Melinda Rockwell.

"I felt I had to teach her how she was wrong and expose her and to do that with everyone who didn't see things correctly," Annabella said of her issues with her mom. "The professors encouraged alienation [from parents] and even offered their homes to stay in. They'd say, like, don’t go see them, come stay with us for the holiday. Most of my classmates believed all this stuff, too. If you didn't you were ostracized."

"She was no longer the Annabella I'd known all her life,” Melinda said. "This girl was the most bubbly breath of fresh air to everyone. She lit up a room. But the light was stolen from her at that school. It was extinguished."

That's when Melinda hired Annabella's former tennis coach, Scott Williams, to save her daughter from the brainwashing.

"It was like walking a tightrope," the mom said. "I couldn't push too hard or I'd lose her, but if I let go I felt I might not see her again. It was as bad as trying to get a child off the streets who's on heroin."

"Everyone is so sure it won't happen to their child. But it will."

In 2018, Annabella sobered up. This is when she said she began to question some of the leftist agenda.

"My social media feed was an echo chamber of everything I'd been taught at Mt. Holyoke," she said. "Everyone had the black square and it was all 'no justice, no peace.' But I was starting to think to myself, 'Why are we burning down businesses in the name of empowerment? How is this helping black people? It just doesn't make sense.'"

Dropping alcohol and her mother's "relentlessness" is what Rockwell said helped her get out of the Mount Holyoke trance.

"If my mom had not kept harping at me and not given up I know where I would be right now," she said. "Mount Holyoke met its match in my mother. If it wasn't for her, I'd probably be living in Massachusetts, working for some super-progressive politician, hanging out with people I had nothing in common with except ideology and drinking all the time. And I'd be miserable. But I'd be too stubborn to look at myself in the mirror. I had to really humble myself to admit that I was wrong. And that everything I was told was so hypocritical."

Conservative activist Laura Loomer also attended Mount Holyoke, but left after just one semester in 2011 after facing bullying for her political views.

"The entire culture there revolved around hating men and being a lesbian," Loomer told The New York Post. "Mount Holyoke and all the Seven Sisters [schools, including historically women's colleges Barnard, Bryn Mawr, Smith, Radcliffe, Vassar and Wellesley] were designed to be these elite institutions for women at a time when places like Harvard just took men. But they're no longer places for ideas and debate and a well-rounded education. They're centers for indoctrination. If you send your kid there you're signing them up to hate the patriarchy and white people and the founding stock of our country."

Now, Rockwell uses her experience to warn others.

"I had an epiphany in 2020- the riots were not a positive movement for this country. I could no longer escape the hypocrisy of destruction in the name of freedom and empowerment," she wrote on Twitter when asked when she realized she had to make a change.

"How can parents avoid estrangement? Stay CLOSE emotionally & physically. Going to school in-State can help students remain connected to their roots," she offered in another post.