Morton's Steakhouse has been on the receiving end of a deluge of fake reservations in retaliation for defending Justice Brett Kavanaugh's "right to congregate and eat dinner." 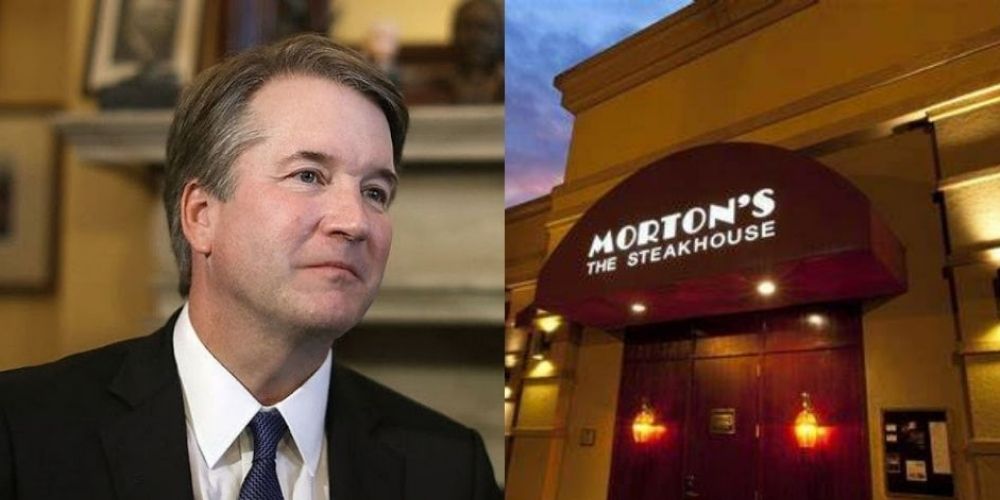 Morton's Steakhouse has been on the receiving end of a deluge of fake reservations in retaliation for defending Justice Brett Kavanaugh's "right to congregate and eat dinner."

Politico's Daniel Lippman posted on Twitter that he obtained "a leaked email from a Morton’s exec about the 'massive wave' of 'negative response to our comments yesterday as well as being bombarded' by calls and fake reservations."

Angry pro-choice activists called for the masses to book fake reservations through services like OpenTable which charges restaurants a fee per reservation. "If you can book a Morton's reservation on Open Table do it. they'll be charged per reservation," said one Twitter user.

On Friday, Justice Brett Kavanaugh had to make a hasty exit from the back of a Morton's Wednesday night after pro-abortion activists descended on the steakhouse to protest the conservative Justice's role in the overturn of Roe v. Wade.

Morton's refused to toss out Kavanaugh when calls came to the establishment demanding the judge be thrown out. Soon after, the Left-wing activist group ShutDownDC arrived on scene to harass the restaurant and its patrons.

In response, Morton's released a statement, "Honorable Supreme Court Justice Kavanaugh and all of our other patrons at the restaurant were unduly harassed by unruly protestors while eating dinner at our Morton’s restaurant. Politics, regardless of your side or views, should not trample the freedom at play of the right to congregate and eat dinner."

As Lippman notes with screen grabs, the backlash was intense. Esquire wrote "Brett Kavanaugh's Right to Dine Shall Not Be Infringed," and many others derided the steakhouse from Democrats to establishment media.

Lippman also obtained an email sent by "Morton’s SVP/COO to managers telling them how to deal with the Kavanaugh news" which included the warning "[T]here is a good chance that your restaurant will also potentially have some people reaching out for comment and/or making (bogus) reservations."

ShutDownDC who led the charge for the actions against Morton's has also put bounties out for 'sightings' of conservative justices, " $50 for a confirmed sighting and $200 if they're still there 30 mins."