"We have freedom in Canada, you know, mandates are not laws," one Indigenous protestor told The Post Millennial. 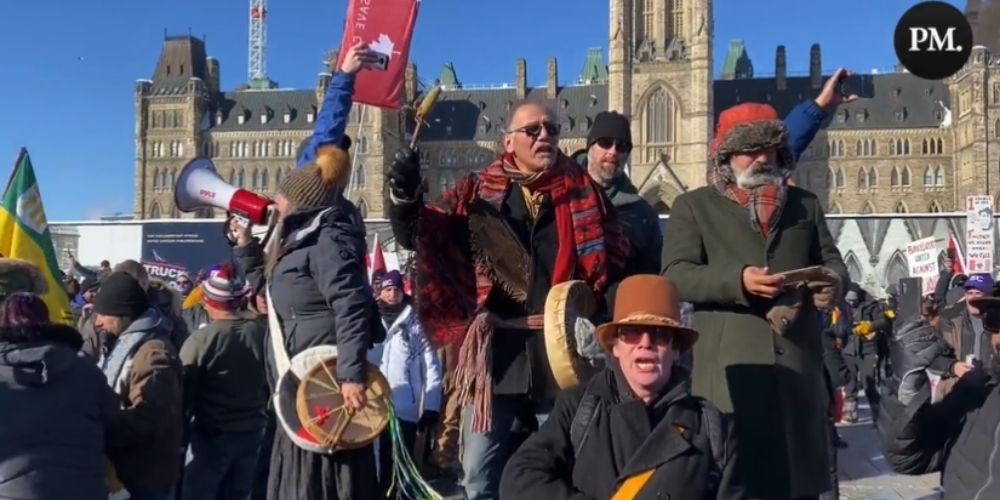 "We have freedom in Canada, you know, mandates are not laws," one Indigenous protestor told The Post Millennial. "Let's let's have some factual information get out there. A mandate means 'we highly suggest you do something', right. So if it's a law and you got a ticket, fight that ticket."

"Let's let's have some factual information get out there. A mandate means 'we highly suggest you do something', right. So if it's a law and you got a ticket, fight that ticket," the protestor said.

"It's not a law," shouted Chief JD Anderson of Manitoba. "Just a small fringe of people!"

"He is divisive. He is racist," one trucker told The Post Millennial.

Justin Trudeau has reportedly been evacuated to a secret location. The Trudeau family have left their residence due to "security concerns" over the truckers who are currently gridlocking the city with their trucks, honking their horns, and participating in protests.